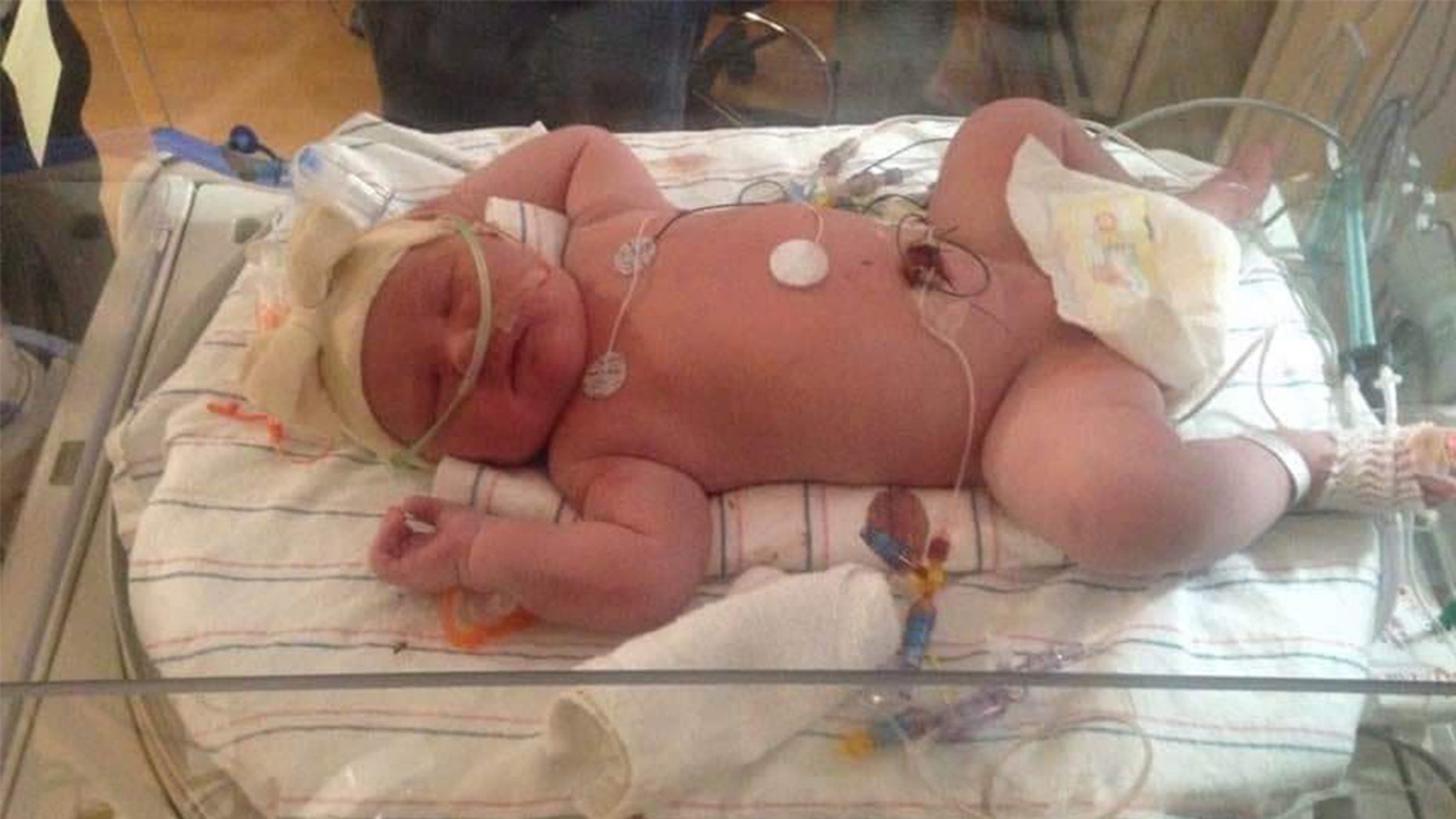 Joy Buckley gave birth to a 15-pound-15-ounce baby at an upstate New York hospital on Tuesday.
(Courtesy of Joy Buckley)

A New York mother set a record at a hospital upstate after she gave birth to a baby almost the weight of a bowling ball.

“I felt like I was hit by two tractor-trailers,” Joy told the New York Post on Monday. “It was pretty violent. She got stuck under my ribcage.” 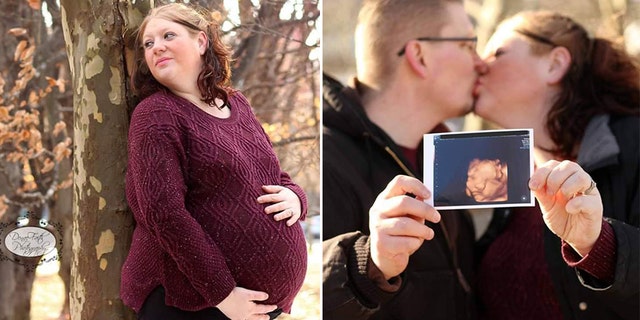 She told the news outlet she "knew she was gonna be big, but I didn't anticipate no 15-pound baby."

Harper was brought to the Neonatal Intensive Care Unit after her birthday so doctors could monitor her sugar and oxygen levels.

While Harper was born at just over 15 pounds, more than 8.8 pounds at birth is considered high, according to MedlinePlus. Babies born at a large weight "are often big because the parents are big, or the mother has diabetes during pregnancy."

The baby was somewhat of a surprise to Joy and her husband, who said they were told they had less than a 15 percent chance of becoming pregnant.

The couple tried to get pregnant for seven years before giving up, and deciding to adopt a child. Then, in May 2016, Joy found out she was pregnant. She gave birth to an 11-pound boy.

Joy told the Post that she's recovering from giving birth. “I’m up moving around, and I can walk now. I’m so relieved to be done feeling that [physical] pressure," and joked that her daughter "may end up with a linebacker build, just like me."