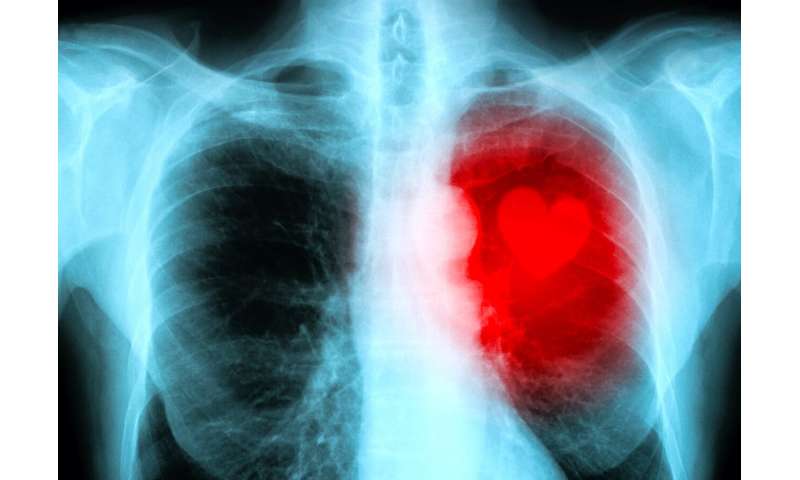 University of Melbourne researchers warn that this trend will continue without concerted government action that promotes behaviour change.

Led by Dr. Tim Adair and Professor Alan Lopez, the new study published in BMC Medicine found that there is an accelerating rate of increase in cardiovascular disease mortality in ages 35-74 years related to overweight and obesity in Australia and the US.

The recent rise has been more rapid in younger age groups within the 35-74 bracket, who have experienced relatively high levels of overweight and obesity since childhood.

The study used a novel approach of analysing all the causes reported on death certificates (Multiple Cause of Death data), obtained for deaths in Australia between 2006-16 and in the US between 2000-17, to identify trends in overweight and obesity-related cardiovascular disease mortality.

The researchers identified these deaths as any cardiovascular disease reported on a death certificate with obesity or any other cause strongly associated with overweight and obesity: diabetes, chronic kidney disease, lipidemias or hypertensive heart disease.

The US and Australia are the first- and second ranked high-income countries respectively for adult obesity prevalence. In both countries, obesity affects about one-third of the adult population and has increased rapidly in recent decades.

“Of grave concern is the large increase in obesity-related mortality among younger age groups who have had high levels of overweight and obesity since childhood,” Professor Lopez, Director of Global Burden Disease Group at the University of Melbourne said.

“There may well be a significant adverse impact on mortality in coming years when these cohorts reach older ages where cardiovascular disease mortality is more common.

“If we are to reverse these worrying trends, we will need a strong and comprehensive policy approach that includes health education, taxation strategies, advertising restrictions, food and drink industry regulation and active transport strategies.”

The researchers said that the markedly higher levels of obesity among lower socioeconomic groups suggested that health strategies needed to be more cognisant of broader structural determinants of health.

“Any efforts to reduce overweight and obesity-related mortality will need to address these factors.”

Without concerted efforts to reduce overweight and obesity, Dr. Adair believes that life expectancy in Australia and the US would likely make only modest future gains at best.