To maintain overall good health, most people living with Parkinson’s disease should eat a variety of whole grains

Keeping hydrated will help to protect against Parkinson’s symptoms, according to charity the Parkinson’s Foundation.

But you’ll need to drink at least six glasses of water every day to feel the benefits, warned the charity.

“While there is no prescription for a Parkinson’s disease-specific diet, to maintain overall good health, most people living with Parkinson’s disease should eat a variety of whole grains, vegetables, fruits, milk and dairy products, and protein-rich foods such as meat and beans.

“Also consider including nuts, olive oil, fish and eggs to your diet, for their beneficial fats.

“The right foods will also optimise your medications, keep your bones strong, fight constipation and weight loss and maintain general health and fitness. 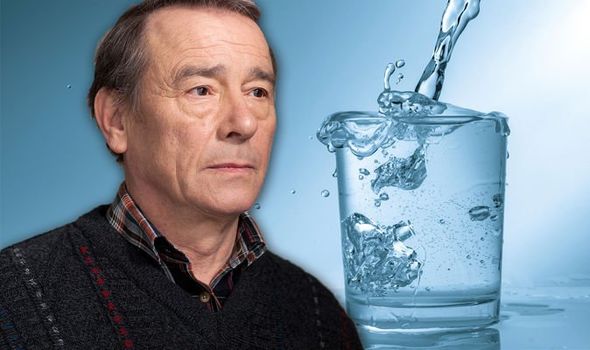 “Drink alcoholic beverages in moderation, as they have empty calories and few [or no] nutrients.”

Your urine could also indicate whether you should consider drinking more water, added the NHS.

Dark or strong-smelling urine is a clear signs that you need to drink more fluids.

Other signs of dehydration include having a dry mouth, pain when urinating, dizziness, headaches, and a general lack of concentration. 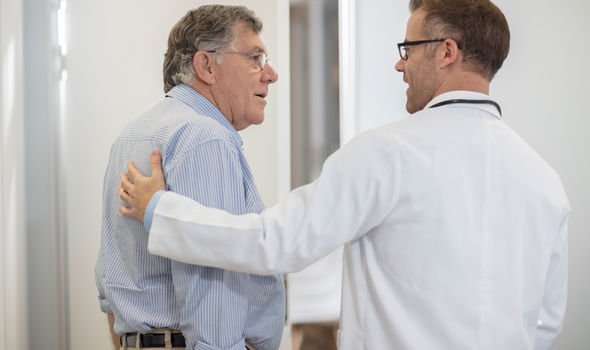 One in every 500 people has Parkinson’s. It is a progressive neurological condition, that limits movement. Here are the most common signs and symptoms.

Parkinson’s disease symptoms tend to develop slowly over a long period of time, and only appear as mild at first.

But you could also be at risk of the condition if you notice your handwriting becoming progressively smaller, or if you think you’re losing your sense of smell.

Speak to a GP if you’re concerned about the signs and symptoms of Parkinson’s disease.

The doctor will assess your symptoms and decide whether to refer you to a specialist for further tests.