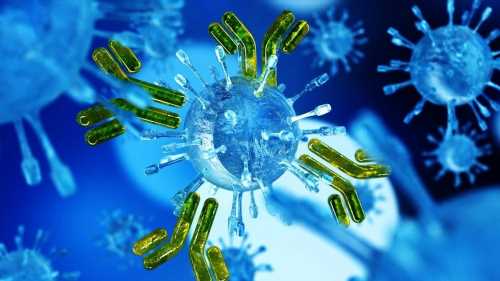 The rapid spread of the severe acute respiratory syndrome coronavirus 2 (SARS-CoV-2) has resulted in the coronavirus disease 2019 (COVID-19) pandemic.

Since the beginning of the pandemic, several SARS-CoV-2 variants have emerged as a result of genomic mutations. Many of these variants have been categorized as variants of interest (VOI) and variants of concern (VOC) based on their virulence, transmissibility, and capacity to evade immunity induced through natural infection and COVID-19 vaccination. 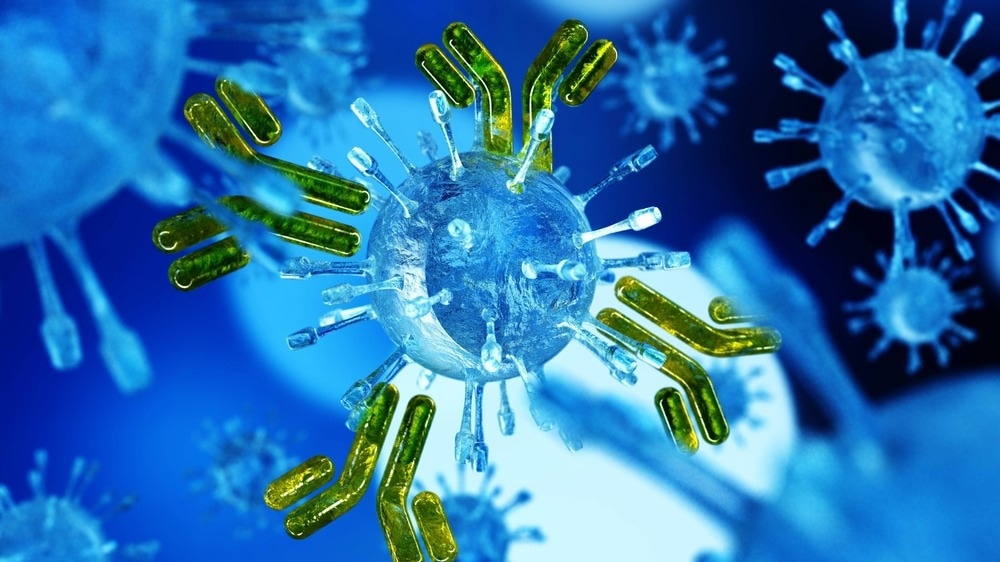 Prophylactic and therapeutic monoclonal antibodies (mAbs) play an important role in protecting vulnerable groups from acquiring COVID-19. For example, vaccination does not effectively protect immunocompromised individuals from contracting SARS-CoV-2 infection, as they may not develop substantial and durable immunity post-vaccination.

Compilation of the top interviews, articles, and news in the last year.
Download a copy today

Since the efficacy of COVID-19 vaccines against VOCs has been reduced, more effective therapeutics are needed to protect the global population from existing and emerging SARS-CoV-2 strains.

Typically, mAbs can prevent viral infection by neutralizing the virus. Based on the epitope, which recognizes the receptor binding domain (RBD) of the SARS-CoV-2 spike protein, mAbs have been classified into four groups ranging from Classes 1-4.

Among the classes, Class 1 and 2 mAbs, which interact with the angiotensin-converting enzyme 2 (ACE2) binding site of the RBD, have greater neutralizing ability. It is important to characterize mAbs in these classes, as it helps in the development of effective mAb cocktails that reduce immune evasion.

Over the past two years, several SARS-CoV-2 specific mAbs received emergency use authorization (EUA) from the United States Food and Drug Administration (FDA) to combat SARS-CoV-2 infection. However, some of these mAbs were later amended or revoked, as they lost therapeutic efficacy against the newly emerged SARS-CoV-2 variants, particularly, the B.1.1.529 (Omicron) variant and its subvariants.

Thus, there remains an urgent need to develop new mAb cocktails that are effective against the currently dominantly circulating Omicron variant, along with other SARS-CoV-2 variants.

Plants are promising systems to produce recombinant proteins. One previous clinical study demonstrated that a newly formulated plant-based COVID-19 vaccine was safe and highly effective in preventing infection. Since then, this vaccine has received approval for human use in Canada.

Unlike conventional methods, the use of plants to develop mAbs does not require sterile facilities and expensive protocols. A recent Plant Biotechnology Journal study discusses the development of a novel mAb against the SARS-CoV-2 RBD through a hybridoma technique, followed by chimerization and expression in plants.

In this study, the enzyme-linked immunosorbent assay (ELISA) was used for the initial screening of mAbs, which was synthesized by hybridomas generated from RBD-immunized mice. Following the screening process, the 11D7 mAb was selected for its recombinant expression in plants. This mAb was selected based on its ability to efficiently neutralize the ancestral SARS-CoV-2 strain in the foci-forming assay (FFA).

The expression of chimeric 11D7 in ΔXFT Nicotiana benthamiana plants peaked within one week of agroinfiltration to around 131 µg of p11D7 per gram of fresh leaf weight (FLW). Although the level of 11D7 mAb produced in the plant system was promising, it was lower than mAbs produced in other optimized geminiviral vectors.

The production of 11D7 in N. benthamiana plants could be enhanced by utilizing optimized forms of expression vectors and/or through co-expression with chaperons. Optimization would enable commercialization of the product to combat COVID-19.

Western blot analysis indicated that recombinant plant-made 11D7 (p11D7) assembled perfectly into an immunoglobulin G (IgG) without any prominent degradation or truncation of the heterotetrametric protein. The dissociation constant estimated using ELISA was 0.15 nM, which strongly indicated that the novel mAb had a high affinity for the SARS-CoV-2 RBD.

This value was comparable to other neutralizing mAbs against SARS-CoV-2, such as CA1 and CB6 that are produced in plants. Nevertheless, the 50% inhibitory concentration (IC50) of p11D7 for neutralization of the ancestral SARS-CoV-2 strain was significantly higher than other plant-based mAbs at 25.37 µg/mL.

The authors speculated that p11D7 could have neutralized viral particles by a mechanism other than interfering with ACE2 binding. One of the most important findings of this study was the ability of p11D7 to bind to the Omicron RBD and, subsequently, neutralize it. This novel mAb also retained its neutralizing capacity against the Delta variant.

Experimental findings suggested that p11D7, which overlaps with a Class 4 mAb, could be a promising candidate to complement other classes of mAbs in a cocktail formulation. This is an important observation, as mAb cocktails can provide synergistic potency against multiple variants.

To this end, the authors used dual and triple combinations of p11D7 with other plant-made mAbs, namely, cilgavimab and tixagevimab, and studied its efficacy against the Omicron variant. The triple mAb combination exhibited maximum neutralizing activity as compared to all dual combinations.

The main advantage of developing effective plant-based mAbs is their low production cost as compared to traditional procedures that require mammalian systems and sophisticated facilities. The current study demonstrated that the novel plant-based mAb p11D7 was safe and highly effective against the SARS-CoV-2 Omicron variant.

Priyom holds a Ph.D. in Plant Biology and Biotechnology from the University of Madras, India. She is an active researcher and an experienced science writer. Priyom has also co-authored several original research articles that have been published in reputed peer-reviewed journals. She is also an avid reader and an amateur photographer.