Researchers debunk earlier study: Babies may not be able to learn language rules after all 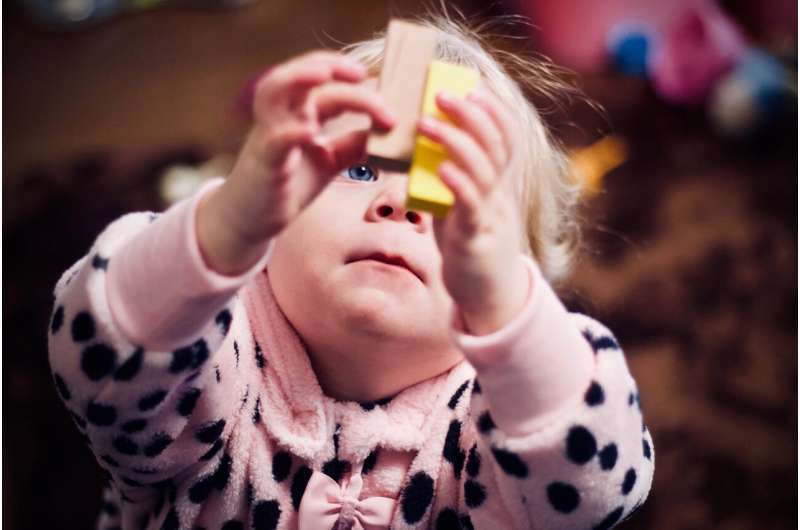 For two decades, language experts were certain that babies were able to learn language rules from as young as the age of seven months. However, recent research carried out by a consortium of four Dutch baby labs led by researchers from Leiden cast doubts on this certainty. We spoke to researchers Andreea Geambașu, Sybren Spit and Claartje Levelt about the study and the next steps.

The original study was conducted by Marcus, Vijayan, Bandi Rao and Vishton (1999). Levelt emphasizes its impact: “If you look at Google Scholar, for example, there are more than a thousand references to said study. Textbooks on language acquisition always cite it as well: ‘babies can learn language rules from as young as seven months old.'”

“In Marcus’ study, they analyzed whether young children as young as seven months old could learn abstract language rules like word order. The babies sat on their parent’s lap and listened to a stream of sounds for the duration of two minutes. At the end of those two minutes, a light bulb would turn on to the left or right of the babies,” explains Spit. “Once they looked at the lamp, the sounds would repeat themselves. The idea behind it was that if the babies had learned something, they would probably be more interested in sounds in a different sequence from before. With such new sounds, they would look at the lamp longer, which were subsequently the results of the original study.”

But the team could not replicate those same results. “We have gathered from our experiments that there is no evidence that seven-month-old babies can learn such patterns, and there is similarly no evidence that babies have a preference for any specific pattern,” Geambașu explains. The analysis conducted by the researchers from Leiden showed that babies looked at the lamps for the same amount of time regardless of the different patterns. “Thus, you could say that they have not really learned anything,” explains Spit.

What is the reason behind these contrasting results? “Until recently, studies were limited to testing on fairly small groups of babies, because they are relatively difficult test subjects,” Levelt explains. Consequently, there is a large chance that the results are not robust. “Just like in psychology, there is a replication crisis in baby research.”

In order to make sure the research is as reliable as possible, the team used a larger group of participants than is usual and wrote a registered report. “This means that you write the article in advance of the experiment. Following this, a journal guarantees that it will publish the article regardless of the results,” explains Levelt. “This is important, because it turns out that journals tend to have a publication bias, leaning more towards papers with statistically significant results.” Geambașu adds: “This is probably also one of the main causes of the replication crisis. If you only find positive results in literature, it is hard to get a full picture of reality.”

Nevertheless, the original study will get a second chance. Levelt and her team are going to replicate the study on an even larger scale in the near future. “We are planning on collaborating with baby labs all over the world within the framework of a ManyBabies project. Think of at least a thousand participants,” says Levelt. They expect to start testing this summer.

A number of alterations have been made to the original study for the new one. For example, In the new study they will not use the original stimuli. “The stimuli used in Marcus’ study mostly focused on English-specific syllables. This is why we want to try using vowels and consonants that occur in many different languages, so that they can be interpreted by babies all over the world,” Levelt explains. “It is possible that we were unable to replicate the same results because we presented the original English stimuli to Dutch babies.”

However, the team expects that the results will not be replicated this time around as well. “For my Ph.D., I spent a lot of my time replicating this study—with different stimuli as well—and never found anything,” says Geambașu.