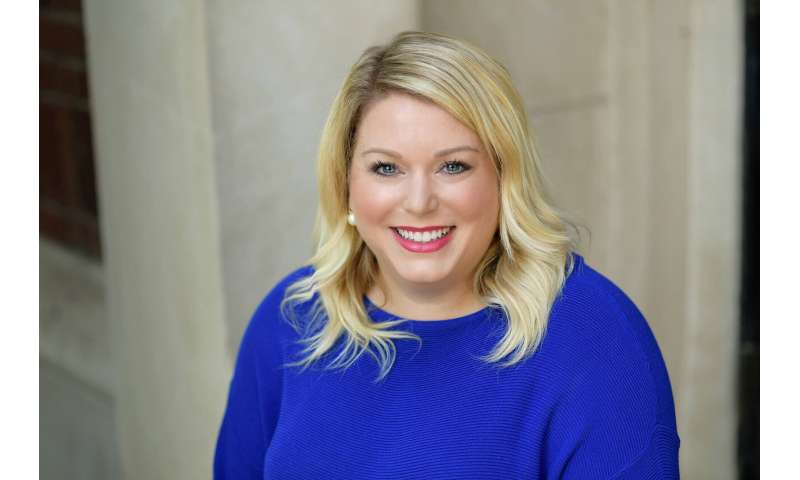 “It’s a unique time for menstruation,” said Andrea DeMaria, an expert in public health, especially women’s reproductive health, and an assistant professor in the College of Health and Human Sciences at Purdue University. “We’re seeing things like an Oscar-winning documentary about menstruation, a period emoji that people can use and share, and more attention given to eliminating the ‘tampon tax’ on these necessary products for girls and women to manage their menstruation.”

Recent research, however, found that these discussions were lacking or absent among family members, in doctors’ offices or at schools, providing most young girls with insufficient information to physically and mentally cope with their first period, resulting in ill-prepared and more difficult experiences.

“Menstruation is a huge part of reproductive health, it’s usually one of the first signs of entering into womanhood and the reproductive years, and it continues to be a taboo topic in many facets of our society,” said DeMaria, lead author of the study. “It’s something that nearly every girl and woman experiences for the majority of their reproductive years, but we as a society still fail in making menstruation an informed, healthy experience.”

DeMaria collaborated with an interdisciplinary research team, including history, health and communication scholars from Purdue, the College of Charleston and Johns Hopkins University, that conducted 70 in-depth interviews of women 19-78 years old in South Carolina. The research was part of an oral histories project recording and archiving women’s reproductive health experiences, such as contraception, childbirth and sexual violence, across generations.

The most recent findings on menstruation are published online in the journal Women & Health and expose a “culture of silence,” as well as myths, misconceptions and fear-mongering, surrounding periods. Previous findings on postpartum sexual activity were published in January.

“The majority of women didn’t have the type of information or even a discussion about menstruation prior to it happening,” said Stephanie Meier, a graduate student at Purdue and co-author of the study. “Clinicians, doctors, nurses were rarely discussed as someone they had learned from, and I don’t think anyone brought up having a conversation with a health care provider about that. So, if they’re not getting it in any of those places, it’s difficult.”

Women who did have discussions with family members or other adults said the conversations focused more on sex education and the new risk of pregnancy rather than what to expect and how to manage their first period. Others recalled being told myths, such as not to bathe or wash their hair, or to avoid the ocean for fear of attracting sharks.

“Sometimes these myths come up in conversations within families and with friends, the people that they trust the most, and they carry these myths on throughout their life span even though they’re not true,” said Jaziel Ramos-Ortiz, a graduate student at Purdue and co-author of the study.

Several interview participants, however, recalled having educational experiences that imparted practical knowledge. Similarly, adults should incorporate age-appropriate discussions with children at an earlier age, before their first period, reinforcing that menstruation is healthy and should not be feared, DeMaria said.

Social media, movies and TV will also be an important source of information as women’s reproductive health becomes more openly discussed, she added.