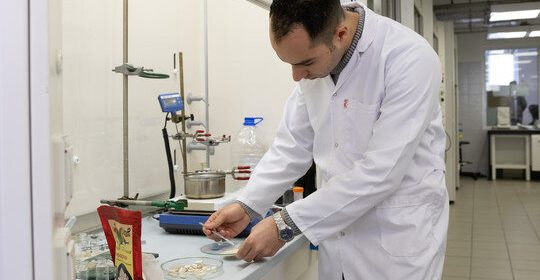 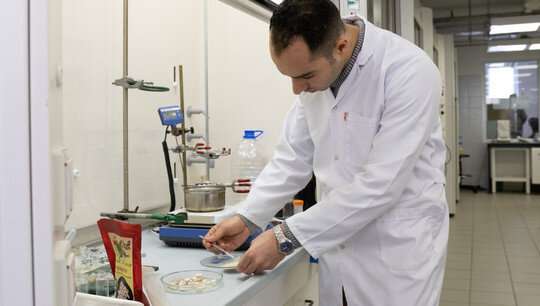 An international team of scientists has found that soy molasses and kudzu roots contain isoflavonoids with high antioxidant and cytotoxic activity. This means they can help fight cancer, especially when chemotherapy or surgery to remove metastases may be dangerous. A description of the study is published in the journal Plants.

The isoflavonoids in soy molasses and kudzu roots are phytoestrogens that mimic the action of the human hormone estrogen. They help to bind and remove from the body free radicals, which cause cell damage and disrupt immune system functions. This, in turn, leads to various diseases, including the formation of cancerous tumors.

Isoflavones found in plants are effective against dense tumor structures affecting human internal organs. For example, soy extract is most effective against metastases and malignant tumor cells developing in the muscles (rhabdomyosarcoma), while isoflavones from kudzu roots showed good anticarcinogenic effect against brain cancer (glioblastoma multiforme) and bone and connective tissue cancer (osteosarcoma). Studies were performed in vitro on cell lines of these diseases.

“The cancers studied have a high degree of metastasis and are resistant to therapeutic regimens. They are especially dangerous for children: About 40% of cancers in children are from these types of cancer. Chemotherapy and radiotherapy help in only 50% of cases, in the other 50% the cancer cells continue to metastasize, and in children’s bodies the cells grow faster than in adults. In addition, radiation therapy is very toxic, especially for children. Thus, there is a need to develop innovative strategies that can potentially inhibit the growth of tumor cells without side effects, so plant extracts are an alternative to traditional drug therapy,” explains Saied Abushanab, a Research Engineer at the Laboratory of Organic Synthesis at Ural Federal University (UrFU).

Scientists determined that the most active isoflavones in both plant extracts were daidzein and genistein, which protect bone tissue. Puerarin, formononetin, and biochanin A were also found. Scientists used “green solvents” called natural deep eutectic solvents (NADES) to extract isoflavones. The study used solutions of choline chloride and citric acid, organic compounds that are non-toxic to the body.

“This technology has shown to be more effective for isoflavonoid extraction than the synthetic method of obtaining them. It should be noted that choline chloride and citric acid also have their own therapeutic properties and thus can enhance the effect of isoflavones on cancer cells,” explains Saied Abushanab.

Phytoestrogens extracted from both plant preparations were identified using high-performance liquid chromatography with mass spectrometric detection, and their quantification was performed using an ultraviolet detector. The scientists note that the combination of these methods makes it possible to carry out both qualitative determination of the compounds in the extract and to determine the amount of these substances in the sample under study.

Kudzu root or pueraria is an ivy-like liana-like plant in the legume family. It is native to Asia and grows from the tropical regions of Indochina to the temperate foothills of the Sikhote-Alin. In Russia, there is no possibility to eat fresh root crops of the plant, but they can be used in the form of medicinal drinks.