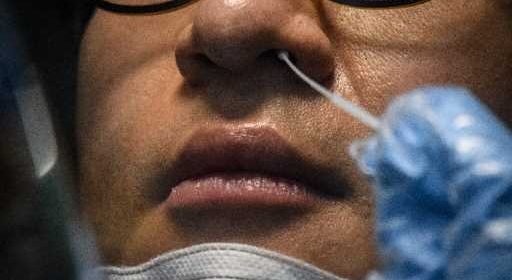 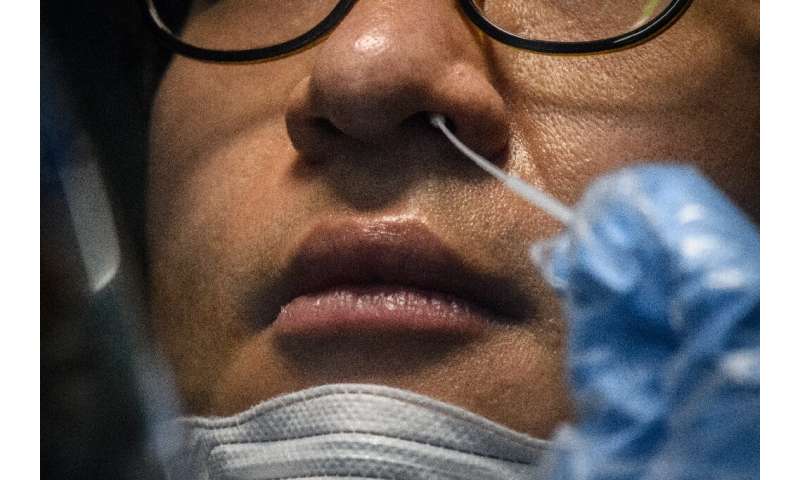 “Test, test, test”. The World Health Organisation’s prescription for success in wrestling the new coronavirus pandemic under control may seem simple. So why are so few countries able to follow it?

While nations like South Korea have been praised for their decisive efforts to control the spread of the virus with mass screening, experts say many other countries have been unable to emulate their approach.

WHO chief Tedros Adhanom Ghebreyesus acknowledged this on Monday, saying that the organisation recognised that “some countries are struggling with the capacity to carry out these offensive measures”.

But his message remains the same: “To win, we need to attack the virus with aggressive and targeted tactics—testing every suspected case, isolating and caring for every confirmed case, and tracing and quarantining every close contact.”

Existing tests, called RT-PCR, are designed to detect the virus in respiratory specimens from nasal or oral swabs, based on genetic analysis.

The results can be ready within hours.

But testing levels have diverged widely across the world.

“It all depends on the level of development of the countries,” Antoine Flahault, a specialist in public health and epidemiology at the University of Geneva, told AFP.

South Korea at one point was the country hardest-hit by the virus outside China.

It responded with a massive screening campaign, carrying out around 300,000 tests.

Authorities quarantined infected people and combined that with an ambitious tracing programme that tracked down people they had been in contact with using video surveillance, bank card usage and via smartphone.

As a result of these efforts, new cases have fallen below 100 a day.

This aggressive testing strategy has also paid off in Singapore, although the city-state this week announced a month-long shutdown of bars and banned mass gatherings.

Both countries have largely avoided the large-scale lockdown measures currently in place in many other countries, with related concerns over economic and social consequences.

European countries have not tested to the same extent as South Korea, often focussing on people admitted to hospital with severe symptoms.

Flahault said the issue was less a lack of will to test, and more a shortage of the materials needed. 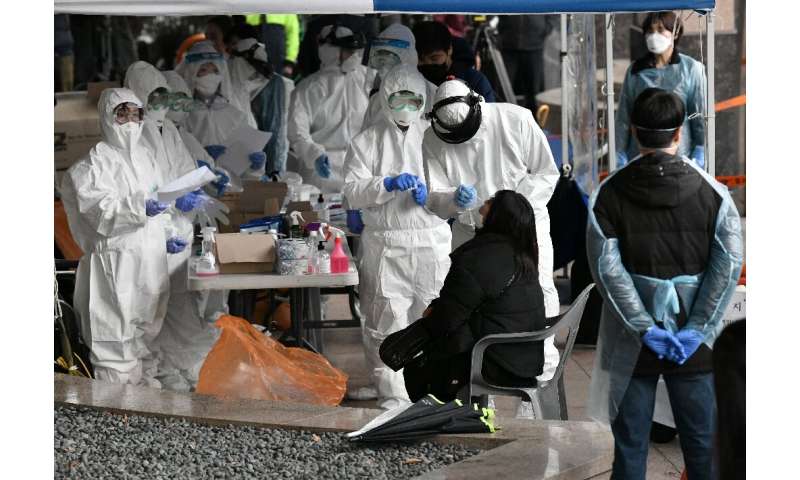 “For countries like France and Switzerland, the problem in recent days has been more that of the availability of reagents (substances used in chemical testing process) than machines or human resources,” he said.

Why haven’t South Korea and Singapore encountered the same difficulties?

French virologist Anne Goffard said they had drawn on their experience facing other epidemics caused by different coronaviruses—namely SARS, which emerged in 2002, and MERS a decade later.

This has enabled them to be better prepared and equipped, she told AFP, adding that many European countries would have to assess their manufacturing capacity in the future.

Germany, which has the capacity to carry out some 160,000 tests per week “appears to be more autonomous”, she added.

In poorer nations, the barrier to testing is even higher.

In comments on Twitter on Tuesday, he was scathing about the focus on testing—”WHO this is CRIMINAL”—and urged a more nuanced approach for resource-stretched nations.

“I admire what South Korea did and I would do that if we had as much money and resources. But we don’t, and my colleagues are wearing trash bags for PPE,” he said.

After it failed to test extensively at the beginning of its outbreak, France now plans to carry out mass screening at the end of the tough confinement measures it has implemented to try and halt the spread of the virus.

This could be facilitated by new kinds of tests, known as serological screening.

This process tests blood samples for the presence of antibodies associated with certain viruses or bacteria. It is used to find out if a person’s immune system has reacted to a virus and has potentially built up immunity.

Several teams around the world are developing serology tests for the coronavirus that causes COVID-19 and French health minister Olivier Veran has said he hopes they will be available within weeks.

So which approach is the best?

In an analysis published by the Washington Post, US epidemiologist Marc Lipsitch said: “The best strategy depends critically on which stage of the outbreak you are in and how much testing is available.”

He added that countries like the US had passed the point of being able to trace individual cases.