Sleep apnea: Can it increase the risk of cancer and dementia? 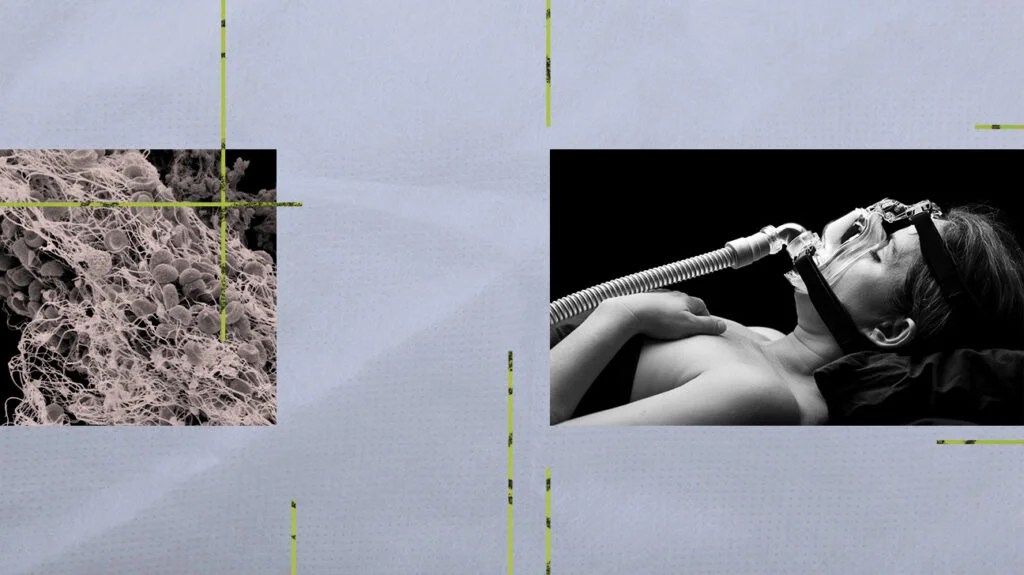 S​leep apnea is a condition that impacts how people breathe when they are asleep. It can contribute to increased risk for several health problems. However, experts still don’t know the full health risks related to sleep apnea.

What is sleep apnea?

Some people are more likely to develop obstructive sleep apnea if they have certain risk factors such as obesity, alcohol use, or smoking. S​leep apnea is also related to a few different health problems. For example, it can impact oxygen levels in the body, which can be dangerous.

“Patients can have excessive daytime sleepiness, which can lead to them having more traffic accidents. There are declines in mental health for some patients who are not getting enough quality sleep and, in turn, have depression and mood disorders.”

The dangers of sleep apnea

M​ore data is emerging about the dangers related to sleep apnea. At the most recent ERS International Congress, experts shared the unique findings of three separate studies on the health impacts of obstructive sleep apnea.

Researchers found that obstructive sleep apnea is associated with an increased risk for cancer.

Study author Dr. Andreas Palm, researcher and senior consultant at Uppsala University, Sweden, shared the results at the congress and explained the following in a recent press release:

“It is known already that patients with obstructive sleep apnea have an increased risk of cancer but it has not been clear whether or not this is due to the OSA itself or to related risk factors for cancer, such as obesity, cardiometabolic disease, and lifestyle factors,” he said.

“Our findings show that oxygen deprivation due to OSA is independently associated with cancer.”
— Dr. Andreas Palm

The second study looked at the association between cognitive decline and obstructive sleep apnea. The study included 358 participants ages 65 and older and involved a 5-year follow-up time.

Researchers found that obstructive sleep apnea was associated with greater executive function and processing declines among participants ages 74 and older and men.

Across all groups, they found that low blood oxygen levels were associated with more significant declines in processing speed, memory, and overall cognitive decline. Low oxygen levels in the blood can happen among people with obstructive sleep apnea.

Finally, the third study looked at having obstructive sleep apnea and the risk of developing blood clots. Blood clots can be life threatening, so it is essential to identify and manage potential risk factors.

Overall, the data from these studies indicate that obstructive sleep apnea is associated with a wide range of potential health risks.

Dr. Azizi Seixas, director of the Media and Innovation Lab, associate director for the Center for Translational Sleep and Circadian Sciences, and director for Population Health Informatics in the Institute for Data Science and Computing at the University of Miami, shared his thoughts on these findings:

“The studies add to a growing body of work that indicates the adverse downstream effects of OSA on health, such as VTE, cancer risk, and cognitive decline. This is consistent with my work that shows that sleep is an omniphenomenon where it can act as a correlate, risk factor, artifact, or predictor of poor health outcomes.”

However, it can be dangerous and premature to base clinical recommendations on results from a single study. Each study presented at the ERS International Congress was not without limits.

For example, these studies looked at associated risks but could not determine cause. Each only included a certain number of participants, so greater follow-up may be needed to confirm the findings found in each study.

“Studies need to include more diverse groups since it is well documented that racial/ethnic minorities are at greater risk for sleep problems like OSA, and other chronic diseases like cancer, cardiometabolic conditions and dementia (Alzheimer’s disease),” he added.

However, the studies serve as a warning for people with sleep apnea to seek treatment and appropriate follow-up to help prevent long-term complications.

D​r. Postol explained that the process of getting sleep apnea treatment can be complex but that it’s getting easier:

“One recent [statistic] indicates over 33% of adults over the age of 20 have symptoms of OSA, but they do not seek medical evaluations. This is a huge crisis currently going on. Part of the issue is that patients have to go through many steps to try and get treatment, including diagnosis.”

“Patients often think there is only one way to get diagnosed [with sleep apnea], participating in a lab sleep study. This is not true, as most sleep studies are done at home nowadays and are much easier to do. Studies can be ordered by most primary care physicians or sleep physicians. Then when it comes to treatment, patients think there is only one choice, wearing a CPAP at night. This is also not true, as an oral appliance is a viable option.”
— Dr. Kevin Postol