Some gut viruses promote intestinal health, while others contribute to inflammatory bowel disease 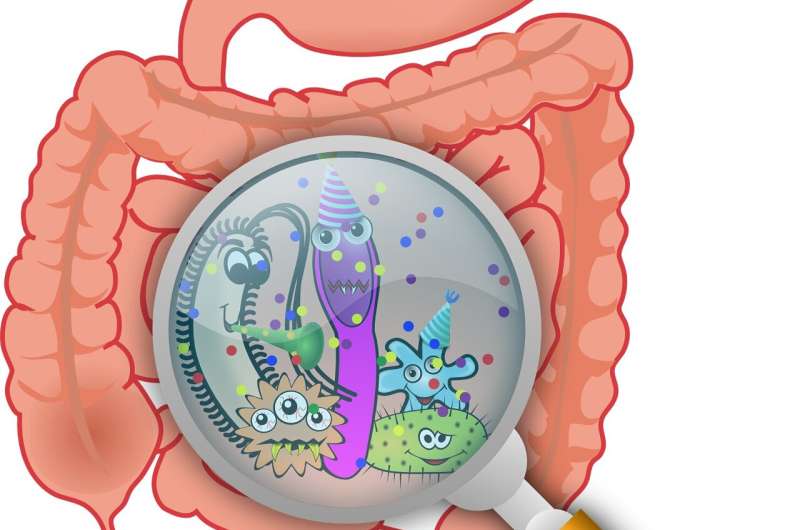 Research in recent years has demonstrated the diverse roles that gut bacteria can play in health and disease, but what about contributions from viruses, which, like bacteria, perpetually reside within the human intestine? New research published in Science Immunology and led by investigators at Massachusetts General Hospital (MGH) indicates that imbalances in the intestine’s viral community—called the virome—may promote inflammatory bowel disease (IBD).

IBD, which includes Crohn’s disease and ulcerative colitis, is characterized by chronic intestinal inflammation and is thought to be caused by a combination of genetics, an overactive immune system response, and environmental triggers.

“The fecal virome is altered in IBD, suggesting a role for viruses in the onset of these conditions. However, we were stalled at correlations,” says senior author Kate. L. Jeffrey, Ph.D., investigator in the department of Gastroenterology at MGH and an associate professor of medicine at Harvard Medical School. When Jeffrey and her colleagues isolated viruses from patient colon surgical tissue, they found that viruses in a normal intestine had anti-inflammatory effects and contributed to a healthy gut. Conversely, viruses isolated from the inflamed intestines of patients with IBD provoked inflammation. The team categorized the viruses unique to patients with IBD so that their findings might be used in future research and clinical studies.

“The intestinal virome is established from birth, shaped through life and includes vast numbers of known viruses and copious ‘dark matter’ we cannot yet identify,” says Jeffrey. “Our work provides a missing functional link that our collective virome is an important contributor to human health, but when perturbed does provoke inflammation in IBD and conceivably many other diseases.”