My body has always been showered with approval for its apparent health.

I’m thin and white, and on the whole, my body does a stand-up job of convincing the outside world that it is a temple of wellness. But let me give you a glimpse into the health status of that body.

It has two lifelong autoimmune diseases, Graves’ Disease and Addison’s Disease. It relies on a carefully curated cocktail of steroids and thyroid hormone drugs to live. It rocks a stunning, if I may be so bold, medical alert bracelet in case it’s found itself in an emergency situation. Oh, and it suffered from anorexia nervosa for a good decade or so.

People in fat bodies with comparably superior health on the other hand, have always lived with the criticism that they’re straining our health system. In the COVID-19 era, these conversations have been dredged back into the popular discourse and front of mind for a culture who, to be frank, is entirely missing the point.

Last month, The Sydney Morning Herald and The Age ran a thoughtful op-ed by Rebecca Shaw on the use of fat suits in Hollywood. The comments found online in response quickly devolved into rants linking ‘obesity’ and health, and attempting to erase the author’s lived experience, working to completely erase the central issues highlighted by Rebecca’s piece. 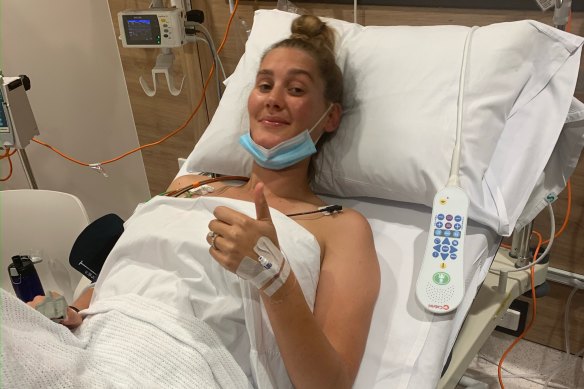 Comments like “Pretty sure most of her experiences have been dramatised for extra shame” highlight a common experience of gaslighting shared by many people in fat bodies.

And while these beliefs are clearly widely held, they’re quite simply not helping. Speculation about how much better off we would be without the existence of fat bodies is extraordinarily painful to those living in them. It’s also an attitude that’s based on pure conjecture and coloured by centuries of historical fat-phobia.

To make matters even more confounding, the Australian government has just released its National Obesity Strategy for 2022-32. And in it, next to an acknowledgment that “we must tackle stigma and weight-related discrimination” is a section detailing the supposed individual dollar amount that ‘obesity’ will cost taxpayers in 10 years if swift action isn’t taken. Those living in fat bodies cop a constant barrage of ‘you brought this on yourself’ rhetoric, a taste of which can be seen in a 2015 study of the prevalence of weight bias across four countries, including Australia. And it’s been proven to have significant ill-effects on a person’s overall health.

Allow me to be clear, a person’s health status, or the status we assign their health due to their appearance, is not information that is owed to anyone, aside from perhaps a trusted medical professional. I choose to share my health status publicly because I’m able to do so without the fear of being accused of “bringing this on myself”. I never have to worry about someone telling me “it’s your unhealthy choices that led to these health problems”. But those living in fat bodies with a clean bill of health are rarely afforded the same luxury.

In fact, I often get praised for choosing the ‘unhealthy’ option while in public because “treat yourself, girl!” I’m afforded a life free from public ridicule because I have thin privilege. It’s not because I’ve made choices that have directly led to my misjudged appearance of glowing health.

Rather like my autoimmune diseases, my genetic lottery dictated much of how my body functions and looks. Our ‘healthy choices’ and ‘lifestyle changes’ can only take us so far in this quest for long, healthy life. And I’m afraid the whole picture is much more complicated than we’ve been led to believe. In a 2014 paper, the authors state there is evidence suggesting “socioeconomic factors such as income, wealth, and education as the fundamental causes of a wide range of health outcomes”.

I can guarantee you, unequivocally, that my body is less ‘healthy’ than 99 per cent of the bodies of fat people that I know. I can also confirm that my body costs our medical system more than their bodies ever have. Yet I have never, not once, been accused of draining our resources or ‘glorifying’ my diseases by simply existing. The main difference between my body and those who face daily discrimination for their size, is that the only one who could be accurately accused of putting a strain on our healthcare system is mine.

I’m not saying that body weight has no impact on certain health conditions, because like a lot of things, it certainly can. What I’m saying is, that fact doesn’t warrant the mountain of shame and personal responsibility rhetoric heaped onto people living in fat bodies. 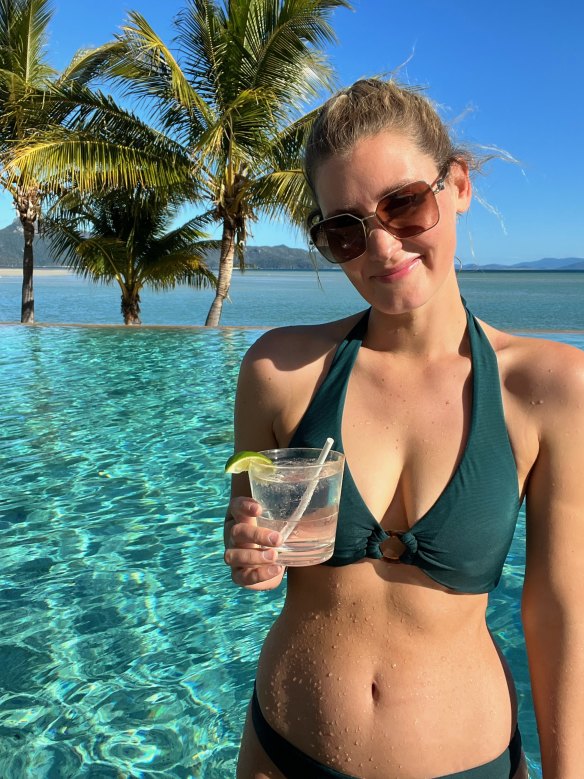 While other people view her as healthy, Hannah Vanderheide says her body is costing the health system considerably.

Because despite mountains of research dedicated to the cause, there are still no safe, scientifically backed methods for long-term, meaningful weight loss for the vast majority of the population. UCLA researchers have cited 83 per cent as the number of participants who regained more weight than they lost after two years post-weight loss diet. People in fat bodies receive messaging from all angles that their fatness is both unappealing, and unacceptable in our society, but the fact remains; prescribed weight loss doesn’t meet the criteria to be considered evidence-based medicine. So the suggestion that those bigger bodies should simply lose weight is both reductive and entirely missing the point.

So can we put this tired rhetoric to bed once and for all? Can we afford every person living in every body a basic right to respect and bodily autonomy? I think so.

As for the link between obesity and adverse outcomes from Covid-19, there is enough evidence out there to suggest there could indeed be a link. Just like there is for a plethora of other chronic health conditions like type 1 diabetes, heart disease, asthma and other things like age and pregnancy. And we’re not going around telling people with those health conditions that they’re hurting our health system.

It’s time for a major overhaul in our collective understanding of what health looks like in our culture. It’s definitely time to stop placing the burden of blame on individuals for things they cannot control. What we can do, is encourage our political leaders to double down on the systemic and policy-related changes that we know keep all of us safe.

Hannah Vanderheide is an actor and writer based in Melbourne.

Make the most of your health, relationships, fitness and nutrition with our Live Well newsletter. Get it in your inbox every Monday.

Most Viewed in Lifestyle