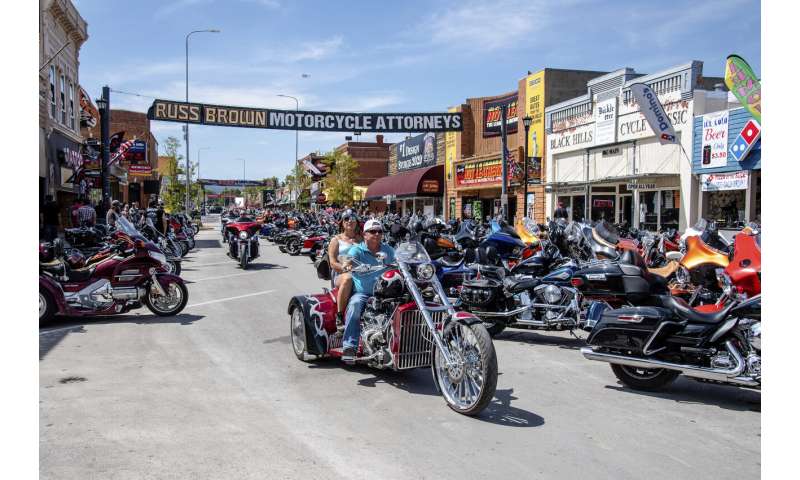 It did, according to a report Friday that looked at cases in neighboring Minnesota.

About one-third of counties ended up having at least one coronavirus case that was tied to August’s Sturgis Motorcycle Rally, investigators reported in a study mainly conducted by Minnesota health officials and published by the U.S. Centers for Disease Control and Prevention.

Minnesota officials counted 86 cases that they said were related to the rally—51 people who went to Sturgis and 35 who came into contact with those people later. Most did not suffer serious illnesses, but four were hospitalized and one died.

“These findings highlight the far-reaching effects that gatherings in one area might have on another area,” the study authors wrote. “The motorcycle rally was held in a neighboring state that did not have policies regarding event size and mask use, underscoring the implications of policies within and across jurisdictions.”

CDC officials did not immediately answer a question about any other research assessing the Sturgis rally’s impact on other states.

The rally has been a source of contention between the governors of Minnesota and South Dakota. Earlier this month, Minnesota Gov. Tim Walz criticized South Dakota Gov. Kristi Noem for not taking more aggressive steps to slow the spread of the coronavirus.

Walz, a Democrat, said the Sturgis rally was “absolutely unnecessary.” Singling out Noem, who is a Republican, he said he wished the state had canceled the rally and imposed a statewide mask mandate, as Minnesota has.