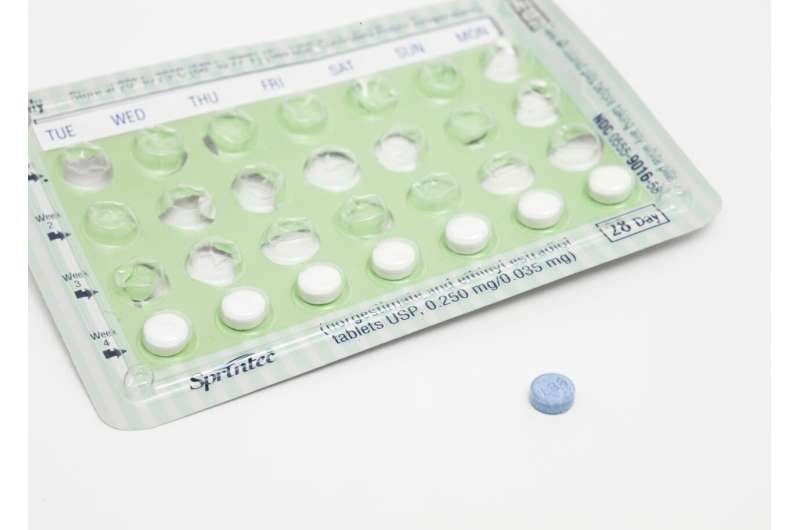 Only about one-third of eighth and ninth graders involved with the child welfare system in Colorado have received information on birth control, and fewer than half know how to access it, according to new University of Colorado Boulder research.

The study of Colorado youth, published this month in the journal Children and Youth Services Review, is among the first to take a close look at sexual and reproductive health attitudes among youth with open child welfare cases, including those living in foster homes or receiving services from child welfare systems.

Among this population, the average age of first sex is 15, and about half of females experience a pregnancy by age 19, previous research has shown.

“Our study found that most of these kids have not received any information about contraception and they are only about a year away from the average age of first sex,” said lead author Katie Massey Combs, a research associate with the Center for the Study and Prevention of Violence. “That should concern people.”

For the study, Combs and her colleagues conducted in-depth interviews with 245 eighth and ninth graders in four Denver-metro counties, asking them about their knowledge of and access to family planning and attitudes about sex.

The researchers were encouraged to find that most respondents were confident they could avoid sex if they did not want it, and two-thirds said their friends thought it was important to use condoms. Less than 20% overall reported they expected positive things from unprotected sex (“I would feel good about myself.” “It would be fun and exciting.” “People would think I was cool.”)

On the other hand, about half said there was a low to medium chance of getting pregnant if they had unprotected sex and about two-thirds felt it was unlikely they could get a sexually transmitted infection (STI).

Just 35% had ever received any information about birth control.

About half as many males as females reported receiving information on birth control, and boys saw greater benefits and fewer risk in having unprotected sex.

“This is a perfect storm,” said Combs, a research associate at the Institute of Behavioral Science. “You have a group of young people who think there is little risk in a risky behavior, and they are receiving very little information about it.”

She said that about one in three U.S. youth will be the subject of a child protective service report at some point in their lives. Those under the supervision of child welfare services have been shown repeatedly to have poorer sexual and reproductive health, including earlier age of sex (15 years old vs. 17 in the general population), more sexual partners, more STIs, and a teenage pregnancy rate more than 2.5 times that of the general population.

Some studies have also shown that youth from low-income families and racial and ethnic minority youth, who are overrepresented in the child welfare system, disproportionally experience teen pregnancy.

“This group has an accumulation of risk factors and faces adversities that we already know lead to unintended pregnancy,” said Combs. “We wanted to know: Do they have access to contraception? The answer is, it appears they do not.”

Combs said that these youth often move a lot, missing opportunities to bond with trusted adults, teachers and peer groups. Because they live on the margins, they also aren’t aware of opportunities to access contraception, she noted.

Contrary to popular belief, they do not intentionally seek to start a family early.

In a previous study, Combs found that 90% of youth with experience in foster care did not want to get pregnant—yet only half use contraception regularly.

“They often miss out on opportunities to learn about sex in positive ways and there is a huge gap in awareness of what is available to them,” she said.

Combs said that because the study sample is a regional one, it’s not certain that the findings would translate to a national population. But she suspects that the trends are similar across the U.S.

She hopes her findings will inform efforts to bolster and support the healthy attitudes these youth already have about sex, while also increasing access to family planning information and services at a time when such access is more important than ever.

While abortion rates seem to be fairly low among this population, she said the overturning of Roe v. Wade will inevitably lead to more hardship for those seeking to terminate an unintended pregnancy.

Better access to contraception could go a long way in preventing that.