Summer colds: This may explain why so many have suffered them this year 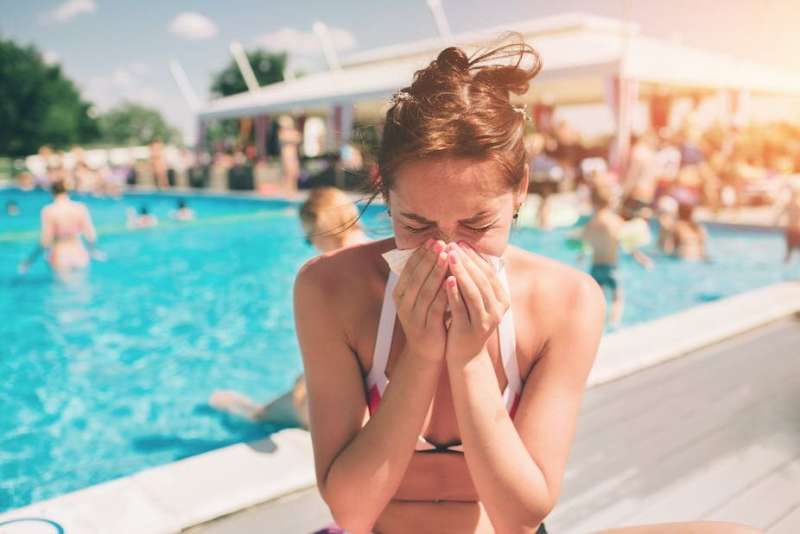 Most of us associate colds and the flu with colder weather. But that doesn’t mean you can’t still catch a cold during the summer. Some viruses are even more common in summer than in the winter.

The flu virus and respiratory syncytial virus (RSV) are more common in the winter months, as the colder temperatures and more time spent indoors around other people provide them with favorable conditions to spread.

But in the summer, enteroviruses and parainfluenza 3 virus are much more common, with infections from these viruses tending to peak in summer and early autumn when the weather is warmer and more humid.

Both viruses cause typical cold symptoms, including a runny nose, low energy, muscle aches, cough, headaches and sore throat. Parainfluenza can sometimes cause bronchitis and pneumonia in people who have a poorly functioning immune system. While these symptoms are similar to allergies, the telltale difference is that allergies tend not to cause fevers or body aches, and rarely cause coughs. Colds last from a few days to two weeks, but, depending on what triggered the allergy, allergy symptoms can last all summer for some people.

It seems counter-intuitive that certain viral infections are more common in warmer months when we spend more time outdoors. But in the warmer months, we also socialize and travel more—meaning we’re mixing with a greater number of people, sometimes from different parts of the world. Many of us also gravitate towards air-conditioned indoor environments when the weather is hot.

But the structure of a virus may also explain why some spread more easily in the warmer months.

For a virus to spread and infect healthy cells, it needs to survive both outside and inside the body—and it also needs to use the machinery of human cells (such as their DNA) to create copies of itself.

Viruses are surrounded by a protein “coat,” called a capsid, which not only gives the virus its shape but also protects the genetic material inside. The capsid also helps the virus attach to human cells to cause infections.

Some viruses (called “enveloped viruses”) are also surrounded by a lipid (fatty acid) envelope. This viral envelope helps the virus to avoid being destroyed by the immune system. It also plays a role in interacting with human cells to cause infection. 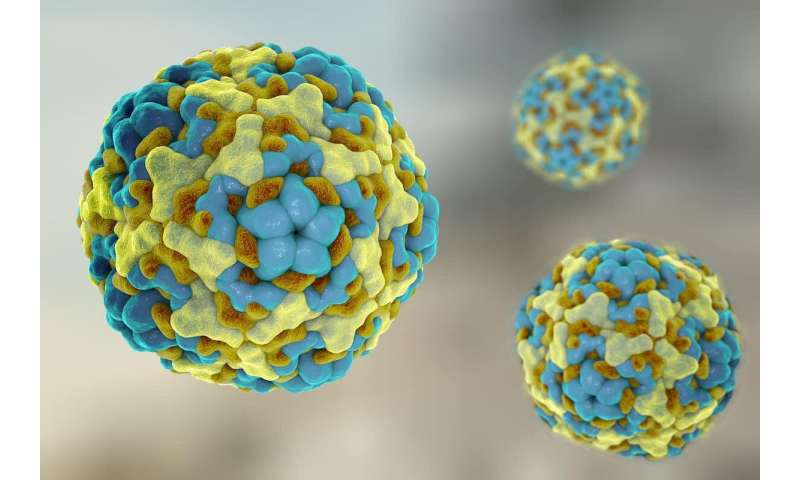 Many “winter” viruses (including influenza and RSV) are enveloped viruses. Enveloped viruses tend to be more vulnerable to heat and dryness than viruses that lack envelopes. This is one of the reasons why it’s thought that these winter cold viruses survive best in colder winter environments.

While some summer colds (such as enteroviruses) lack an envelope, others (parainfluenza virus 3) have an envelope. In fact, parainfluenza virus 3 is more common when temperatures are high and humidity is low (though it can survive in a range of different humidities). This suggests that other parts of a virus’s structure, aside from the envelope, may play some role in what conditions it can best survive and spread in—but more research will be needed to better understand this.

The interplay between temperature and the immune response to a virus may also play a role. One study found that mice exposed to temperatures of 36°C have a diminished immune response against the flu virus. However, more research is needed to confirm this finding in humans.

Many people have reported suffering from summer colds this year, leaving many to wonder why this is the case and if the pandemic has played a role.

Immunity to common cold viruses is short-lived. So each season, when we are exposed to new variants, our immune system has to adapt. But during the pandemic, various lockdown measures, such as distancing and wearing masks, limited the exposure that many people had to these viruses.

When we gathered again after lockdown, cold viruses began to circulate, but our immunity had not been boosted by exposure to that virus the previous year. While the predictability of seasonal viruses has changed since the emergence of COVID, the increases in summer colds seen this year are probably due to us traveling more, more social mixing, less mask wearing and distancing, and less exposure to respiratory viruses the previous year.

This year many parts of the world have also seen extremely hot temperatures and a spate of heatwaves. These temperatures and humidity fluctuations may have played a role in the transmission of common cold viruses this year. These factors will also become even more relevant in the future and may even change what time of year we see certain viruses. Climate change may further worsen the spread of viruses in the future.

Since there’s no vaccine for summer colds, the best thing you can do to avoid getting one is to stay away from people who are sick (if possible), wash your hands and avoid touching your face. If you’re unlucky enough to have gotten one, the advice for getting over a cold is the same as it would be if you caught one in the winter: drink plenty of fluids, get lots of rest and eat nutritious foods. To protect others, coughing or sneezing into your elbow or tissues is also recommended.