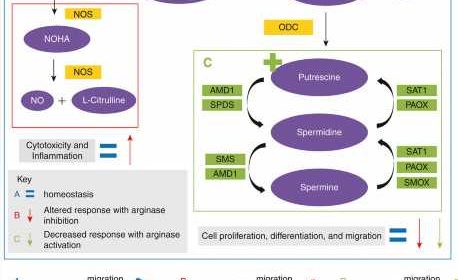 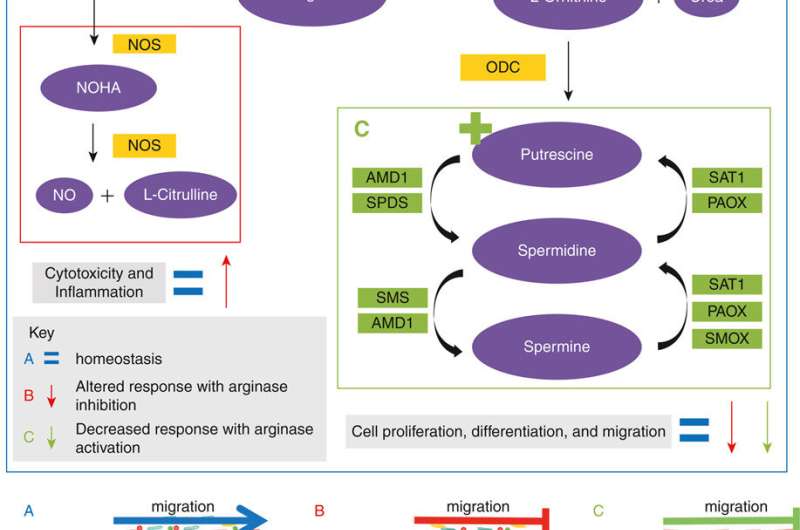 Untreatable wounds are likely to get better when the levels of a biochemical catalyst found in the skin increases, find scientists at The University of Manchester.

Published in Journal of Investigative Dermatology, the study of human and mice cells casts new light on arginase1, a protein that speeds up the rate of chemical reactions in skin cells.

They also for the first time characterize the catalyst’s role in role in the outer cells of the skin—the keratinocytes—in the response to wound formation. The discovery positions the enzyme’s immunological pathway as a potential drug target which could promote the repair of wounds that would otherwise heal slowly, or not at all.

Non-healing wounds include pressure sores, diabetic wounds, venous ulcers and non-healing surgical wounds and are characterized by excessive inflammation. These are a particular problem for older people and can affect as many as 1 in 20.

Scientists have long been searching for new ways to tackle the problem of delayed wound healing which represents a significant health burden on the NHS.

The scientific team show how delayed healing wounds in mice and non-healing human diabetic foot ulcers displayed reduced levels of arginase1 in the keratinocytes in the epidermis, the outermost skin layer. They also demonstrated the importance of epidermal arginase1 in wound healing for the ability of keratinocytes to repair and close the wound.

The researchers now show that arginase1 in keratinocytes is needed for production of factors such as putrescine and polyamines which are needed to help the keratinocytes migrate and proliferate across the wound to heal it. Targeting arginase1 as well as these downstream products with supplements restored keratinocyte function and the model systems showed that wounds healed more quickly.

Lead author Professor Sheena Cruikshank from The University of Manchester said: “Non-healing wounds are a major area of unmet clinical need that remain difficult to treat and are the source of misery for millions of people across the world. So an improved understanding of the biological mechanisms that promote healing is extremely important.”