The new COVID-19 vaccine: Answers to all the hard questions 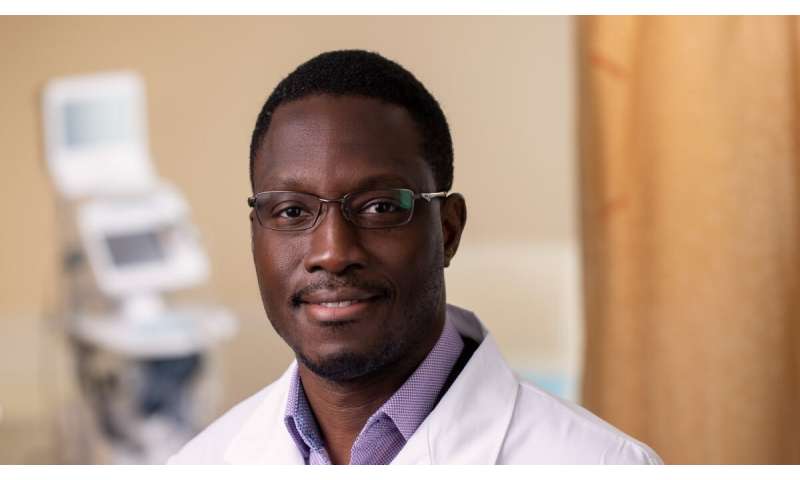 With unprecedented speed and efficiency but without sacrificing scientific rigor, several highly effective vaccines have been developed to protect against SARS-CoV-2, the virus that causes COVID-19. Many countries, including the U.S., have started to implement vaccination programs utilizing formulations from Pfizer, first—and presumably to be followed by Moderna—with the expectation that several other types of vaccines will become available as well. This is the most important development yet in our battle against the pandemic. But it’s still hard to know exactly what this will mean in our individual and collective lives.

From big questions, such as when having a vaccine will start to quell the pandemic, to smaller ones, such as the logistics around scheduling your individual dose, we went to a Yale expert for a frank, socially distanced question-and-answer session. Onyema Ogbuagu, MBBCh, is a Yale Medicine infectious diseases specialist and the principal investigator of the COVID-19 vaccine studies supported by the Yale Center for Clinical Investigation at Yale School of Medicine, in partnership with the Yale New Haven Health System.

How are decisions being made about who has access to COVID-19 vaccination and when?

Ideally, everyone should be vaccinated, but prioritization is necessary because of the shortage of vaccines initially. And an important thing to remember is that these priorities are driven by risk. If you’re not prioritized for vaccination, it suggests that you’re at relatively lower risk than others.

The focus now is on health care workers because they are vulnerable to being infected, since they are the frontline workers caring for people with COVID. Then, it’s important to vaccinate those in long-term care facilities because four out of 10 COVID deaths in the U.S. have occurred within those settings.

Next would be emergency responders. Then, essential workers, which is everyone from postal workers to grocery workers. These are the people who, by virtue of their professions, would be at risk for COVID, but also who do the kind of work that we need to keep the economy and essential services going.

Next, it would be people with underlying conditions and the elderly. Thereafter, we will be able to begin vaccinating others. We envision that priority groups would be vaccinated by March to June 2021, and the vaccine should then be available to all, even low-risk individuals and children.

As different groups get vaccinated, when does the impact of the pandemic begin to lessen in a way that everyone begins to reap benefits?

We really only start to reap the benefits of vaccination on a community level when we achieve herd immunity. For that we need around 75% of the U.S. population to have received the vaccination, completed the series, and be protected. You may know that children younger than age 16—numbering about 20 million—are not currently eligible to receive the vaccine, so we will need an even greater proportion of adults to be vaccinated to achieve the target 75% coverage. And that’s not achievable within the next three or four months. I think the best estimates are that it will be, at best, mid-2021.

Can you tell us about the vaccines that are starting to become available?

The lead vaccine candidates, Pfizer [now granted emergency use authorization by the Food and Drug Administration (FDA)] and Moderna, are both ‘messenger RNA’ [mRNA] vaccines. It’s a vaccine technology that is very easy to mass produce. In contrast, the other and older—by virtue of their approach—types of vaccines, such as protein-based vaccines, require the right kind of cell lines, etc., to cultivate, and are more laborious to create.

The other two promising candidates, with studies being done by Johnson & Johnson and AstraZeneca, are called viral vector vaccines. Those can also be laborious to produce.

Will consumers have a choice as to which vaccine they can receive?

Unfortunately, we don’t have the luxury to choose right now because we don’t have enough doses, but that may quickly change. If supply improves, you can imagine a scenario where policies would favor the more highly effective vaccines above the others. But at this point, it’s really whatever we can get.

Is this going to be an annual vaccine like the flu, or a “one-time” or “every 12 years” kind of schedule, or do we not know?

That’s the golden question. Studies are ongoing about the durability of the responses, so we just don’t have the answer to that yet. The goal now is to get everyone vaccinated. In the next six months or so, we will begin to see one-year data from those who started the early-phase studies, and we’ll be able to see how long their antibodies have lasted. We’ll learn as we go along.

We’ve heard that the virus is mutating. Will that mean we’re going to need a new vaccine?

The virus is definitely mutating, but the prevailing view is that the mutations should not compromise the effect of vaccines. It appears that some of those mutations may have made the virus a little more contagious, which makes it easier to spread from person to person; that’s an observation that has been made. Based on current observations, we don’t think the changes would jeopardize vaccines, but I can’t outright state that it’s impossible.

Let’s talk about side effects. We’ve heard that some people will have fever and flu-like symptoms. Why does a vaccine that is supposed to prevent sickness make people feel ill?

First of all, serious side effects are not common. But side effects, in general, are also not unexpected, and they are on par with the side effects people should reasonably expect for any other kind of vaccination.

They usually appear in two categories: local reactions at the injection site and systemic side effects, such as fever, headache, malaise, chills, etc. They tend to occur usually within 48 hours, and tend to be short-lived.

As to why they occur, vaccines stimulate the immune system. With this vaccine, the systemic symptoms occur more commonly when people get the second dose and coincide with developing protective antibodies. So, in some ways, those symptoms are a marker that the vaccine is working and that the individual is protected against the virus.

And, of course, the perfect punchline is that you’d rather miss one to two days of work from the vaccine than spend a month in the ICU with COVID-19.

Should people with known medical problems get the vaccine?

People with underlying conditions, such as those with diabetes or heart disease, underlying lung disease, or those who are smokers, would benefit from the protection that the vaccine confers.

As for those who have immune-compromising conditions, such as cancer or HIV that is not well controlled—they were excluded from the studies because their immune response is blunted, so we don’t know how well the vaccine would work for them. It’s not that it poses a risk; it’s more about whether they would benefit from it. That’s an open question. We don’t have strong data on its efficacy in that group.

One group that is tricky, though, is COVID-19 survivors, people who’ve had COVID—and especially those who recently had COVID and could still have some antibodies circulating. If I had to identify a group that should not necessarily be prioritized in the first wave, I think it would be recent COVID survivors, especially those who’ve had it within 90 days. That’s because their risk for COVID is lower because they’re protected by their natural immunity.

How fast does the vaccine take effect and provide protection against COVID-19?

That’s an important question. It takes a while for the immune system to respond to the vaccine and generate sufficient antibody levels to be protective. And it’s a two-dose vaccine. Based on the early-phase studies of the Pfizer vaccine, people start to achieve the right quantity of antibodies 28 days after the first vaccine, which includes the boost from the second dose vaccine at day 21. So, it’s really four weeks from the first dose and a week after the second dose, given that there’s a three-week interval between those days.

Does the timing of the second dose have to be exactly at day 21?

It can be plus or minus two days, so you can get the second dose on day 19 or up to day 23. So, there’s a little bit of leeway as to when you can receive it.

What do you want to say to people who are nervous about or reluctant to get the vaccine?

Speaking at least for the first wave of vaccines, the ones from Pfizer and Moderna—both use the same technology. Even though the technology is novel, the fact that those two independent studies showed very similar results is important. And, if you think about it, between both studies, it’s now about 74,000 or so who have received the vaccine. That’s a lot of data on safety and efficacy, which is reassuring.

People have told me that the term “Operation Warp Speed” makes it sound like things are being rushed, which is a reason why some are concerned it was insufficiently studied. But, what’s different about the study designs was more about efficiency than speed.

The fact is that everyone has worked together in an unprecedented fashion to do things the way they should be done. There have been no shortcuts. There have been safety assessments along the way. The Phase 3 trials were informed by earlier-phase trials, and the most promising candidates are the only ones that proceeded.

There have been safeguards within study protocols to be able to identify harm and to mitigate those harms. The efficacy that has been observed is real, and the oversight that will be provided by regulatory agencies will be apolitical. And an independent panel of seasoned experts are the ones who reviewed the results [and authorized the Pfizer vaccine for emergency use]. Their giving the final nod should be encouraging to people that the vaccine is safe and effective for use.