The woman who can SMELL Parkinson’s

The woman who can SNIFF OUT Parkinson’s: ‘Super Smeller’ who can sense a sufferer of the condition based on their scent helps scientists find what causes the odour 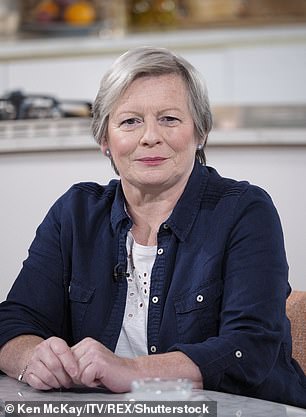 Doctors have relied on smell to diagnose diseases as far back as Hippocrates in ancient Greece.

But while sniffing patients has fallen out of fashion in modern medicine, scientists have discovered a ‘Super Smeller’ who can detect Parkinson’s in the odour of undiagnosed sufferers.

Joy Milne – who is in her late 60s – first discovered she can smell Parkinson’s when she noticed a change in her late husband Les’s scent a decade before he was diagnosed in 1985.

In a new study by The University of Manchester, the grandmother and former nurse successfully separated those with and without the neurological condition based on the scent of oils wiped from their backs.

The researchers hope their study will lead to a non-invasive test that diagnoses Parkinson’s early – doctors are currently being forced to rely on symptoms alone.

The first of its kind research was led by Dr Perdita Barran, a professor of mass spectrometry.

Around one in every 350 adults in the UK are diagnosed with Parkinson’s, according to Parkinson’s UK.

And more than 10million people are living with the disease in the US, Parkinson’s Foundation statistics reveal.

Dr Barran led research several years ago which revealed Mrs Milne could detect ‘Parkinson’s odour’ when sebum – the waxy oil that keeps skin moisturised – is collected from a patient’s back but not when it comes from their armpits.

In the more recent study, the researchers therefore collected sebum from the upper backs of 43 Parkinson’s patients and 21 controls.

Excessive sebum production is a symptom of Parkinson’s, with sufferers also having higher levels of the protein α-synuclein in their skin.

Scent-causing compounds were extracted from these sebum samples and heated to ‘encourage the production of volatiles’.

Mrs Milne then set about sniffing the samples via an ‘odour port’. 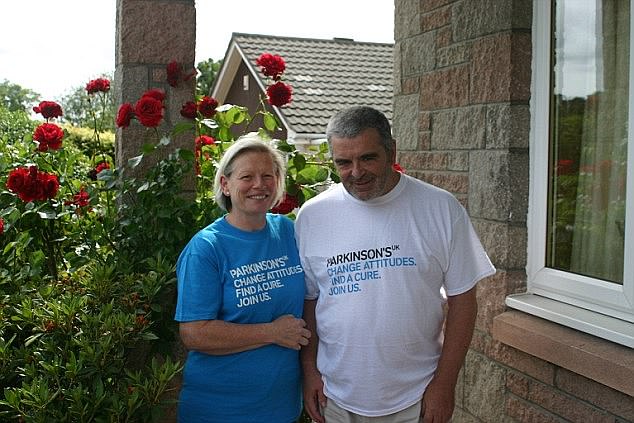 Mrs Milne accompanied her husband (both pictured) to a Parkinson’s-support group. She knew she was on to something when she noticed all the patients smelt exactly like Les

Results published in the journal ACS Central Science revealed the Super Smeller detected a characteristic musky smell in those with Parkinson’s.

‘I’m in a tiny, tiny, branch of the population, somewhere between a dog and a human,’ she previously told the BBC.

Mrs Milne could even sort different strengths of the odour. However, these were not in order of disease severity or time since diagnosis.

No significant difference in smell was found between the Parkinson’s patients on medication and those not.

‘Joy has an extremely sensitive sense of smell, and this enables her to detect and discriminate odours not normally detected by those of average olfactory ability,’ the authors wrote.

Further analysis revealed the presence of the chemicals hippuric acid, eicosane and octadecanal in the patients’ sebum.

These all indicate altered levels of chemical messengers in patients, which leads to progressive brain cell death and loss of motor function. 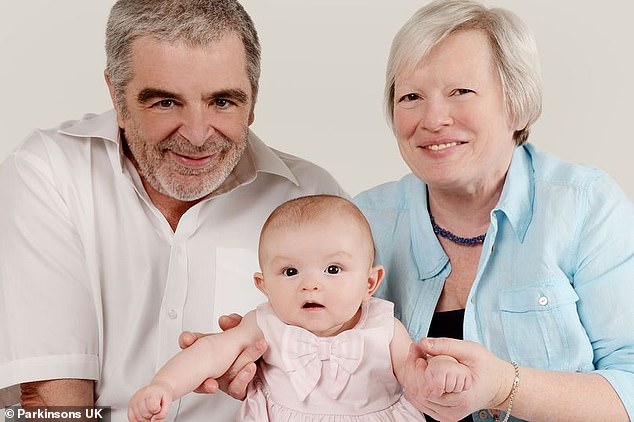 Mr Milne’s dying wish was for his wife (pictured with their granddaughter) to assist research into the smells behind Parkinson’s, which currently has no definitive diagnostic test

The researchers hope their study will lead to a non-invasive diagnosis test for Parkinson’s.

Patients are typically diagnosed at a late stage of their disease, when significant brain cell damage has already been done.

But first, additional research using both human and canine ‘smellers’ is required, the researchers add.

Professor David Dexter, deputy director of research at Parkinson’s UK, said: ‘Finding changes in the oils of the skin of people with Parkinson’s is an exciting discovery that was sparked by a simple conversation between a member of the public and a researcher.

‘More research is needed to find out at what stage a skin test could detect Parkinson’s or whether it is also occurs in other Parkinson’s-related disorders.

‘But the results so far hold real potential to change the way we diagnose the condition, and may even help in the development of new and better treatments for the 145,00 people living with Parkinson’s in the UK.’

‘HE BEGAN TO SMELL UNPLEASANT TO ME’: NURSE DETECTS ‘MUSKY, GREASY ODOUR’ IN HER HUSBAND A DECADE BEFORE HE WAS DIAGNOSED 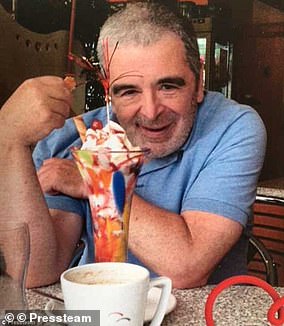 Mrs Milne noticed a ‘musky, greasy sort of odour’ in her husband Les (pictured). He was diagnosed a decade later and died in 2015 aged 65

Joy and Les Milne were childhood sweethearts who started dating at just 16.

When they reached their mid-30s, Mrs Milne – then a nurse – noticed a change in her husband’s odour.

‘He began to smell unpleasant to me and although we always were a loving couple, I was always aware of it,’ she said.

Mrs Milne described it as ‘musky, greasy sort of odour’, and would nag her husband to shower and brush his teeth more.

It was a decade later, at the age of 45, that Mr Milne was finally diagnosed with Parkinson’s after battling the tell-tale tremors, as well as fatigue and impotence.

Around the time of his diagnosis, Mr Milne’s personality changed, with the once gentle doctor lashing out at his wife on two occasions, once bruising her face.

‘As it was happening, his eyes looked blank, like he had no idea what he was doing,’ Mrs Milne said.

Over the next 20 years, the former swimmer and water-polo player became dependent on a walking frame.

He was even forced to retire from his job as a consultant anaesthetist due to his tremors and reduced concentration. 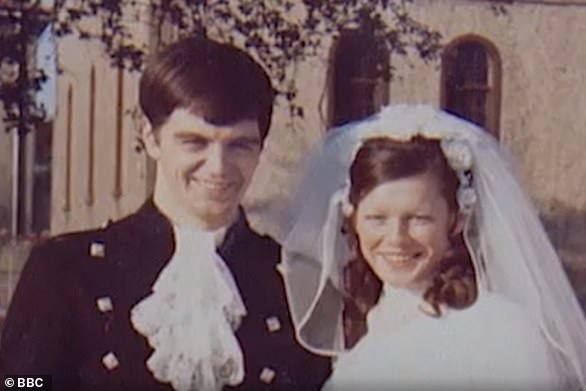 In 2005, the couple moved back from Cheshire to their native Perth, Scotland, where Mrs Milne made the connection between Parkinson’s and her husband’s odour while accompanying him to a support group.

‘After we left I said to Les: ‘The people with Parkinson’s in that room smelt the same as you’,’ Mrs Milne said.

In 2010 she contacted the Parkinson’s researcher Tilo Kunath, of Edinburgh University, who put her skills to the test a year later.

After asking 12 volunteers to wear a T-shirt for 24 hours, Mrs Milne correctly identified the disease status of 11 of them – with the only one she got wrong being diagnosed the following year.

Shortly after, Mr Milne lost his battle with Parkinson’s in 2015 aged 65.

Mrs Milne has since been keeping to her husband’s dying wish of assisting research into the ‘smell of Parkinson’s.

But Parkinson’s is not the only disease Mrs Milne can detect.

As a student nurse, she claims spotted those with gallstones before they were diagnosed.

And while training as a midwife, she could tell whether a woman smoked or had diabetes by the scent of her placenta.