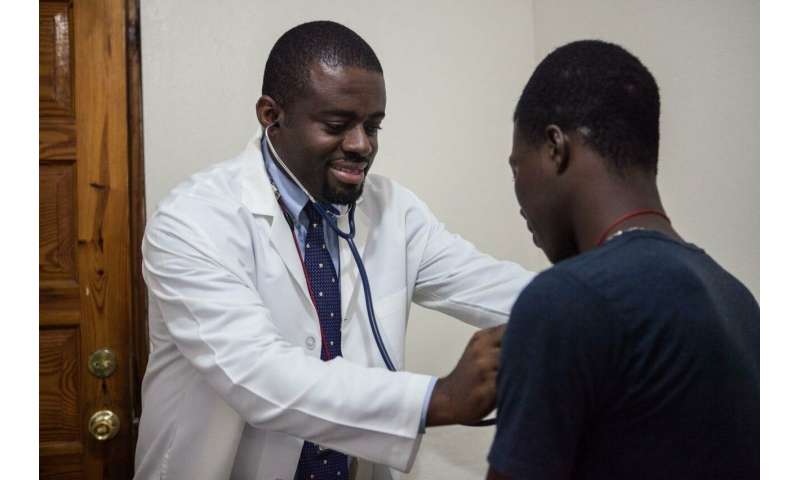 Among people with HIV in Latin America, those diagnosed with tuberculosis (TB) at an initial clinic visit were about twice as likely to die within 10 years as people not initially diagnosed with TB, according to findings from a large observational study. This increased risk persisted despite the availability of TB treatment and mirrored patterns seen previously in HIV-negative populations, according to research supported by the National Institute of Allergy and Infectious Diseases (NIAID), part of the National Institutes of Health. Investigators from the NIAID-supported Caribbean, Central and South America Network for HIV Epidemiology (CCASAnet) presented the findings today at the Conference on Retroviruses and Opportunistic Infections (CROI) in Seattle.

People with HIV are at greater risk of TB disease than HIV-negative people without HIV due to HIV-related immune system damage as well as geographical and behavioral risk factors shared by both diseases. In 2017, the World Health Organization estimates there were 920,000 new TB cases among individuals with HIV globally, and approximately 300,000 people with HIV died from TB. Due to this large burden of HIV and TB co-infection, NIAID supports research to improve TB prevention, diagnosis, and treatment in the context of HIV infection.

“Tuberculosis remains the leading cause of death for people with HIV globally,” said NIAID Director Anthony S. Fauci, M.D. “This new analysis shows how devastating TB can be for people with HIV and underscores the need to do more to prevent and treat this co-infection.”

Investigators analyzed the clinical records of 15,999 people with HIV who received care in CCASAnet clinics in Brazil, Chile, Haiti, Honduras, Mexico and Peru. Each participant remained in care for at least 9 months after their first clinic visit; they had not received antiretroviral drugs to treat HIV infection before arriving at the clinic.

Researchers found that 1,051 individuals—nearly 7 percent—were diagnosed with TB during their first visit and were prescribed anti-TB and HIV medications. After 5 years of observation, approximately 10 percent of patients with TB had died, compared with fewer than 6 percent of those without TB at their initial visit. This pattern continued: after 10 years of observation, more than 19 percent of the group initially diagnosed with TB had died, compared with 10.5 percent of the group without an initial TB diagnosis. Investigators measured 5- and 10-year survival rates beginning at 9 months after each patient’s initial clinic visit, at which time most people recover from TB with standard treatment.

“In recent years, the research community has observed that tuberculosis—even when treated and cured—is associated with an increase in an HIV-negative person’s long-term risk of mortality,” said Serena P. Koenig, M.D., M.P.H., assistant professor at Harvard Medical School and a lead study investigator. “Now we know this is also true for people living with HIV, but many questions remain as to why that is and how to lower that risk.”

In addition to an initial TB diagnosis, lower CD4 T-cell counts, older age and lower education levels also were associated with an increased risk of death in the 10-year follow-up period. The analysis did not take cause of death or personal health history—including previously cured TB infections—into account. Researchers also did not confirm how many individuals who received TB and HIV treatment continued treatment as directed, achieved HIV suppression to an undetectable viral load, cured their TB or experienced additional TB infections after successfully clearing TB disease identified at their initial clinic visit. The severity of TB infection was also not included in the analysis.