Type 2 diabetes: Adding this spice to your breakfast could lower blood sugar

Type 2 diabetes affects a person’s blood sugar (glucose) control – the body doesn’t respond to insulin properly and may not produce enough, which leads to blood sugar levels becoming too high. Eating a regular poor diet can increase the risk of developing type 2 diabetes, so making changes to the food you eat is important.

Experts advise there’s nothing you cannot eat if you have type 2 diabetes, but certain foods should be limited.

The NHS recommends eating a wide range of foods, including fruit, vegetables and some starchy foods like pasta, keeping sugar, fat and salt to a minimum, and to eat breakfast, lunch and dinner every day – people shouldn’t skip meals.

But individual food and drink have also been shown to have a positive impact on blood sugar levels, and when it comes to the first meal of the day, breakfast, adding a certain spice to your meals could prove beneficial.

One of these foods is cinnamon – a sweet spice obtained from the inner bark of several tree species from the genus cinnamomum. 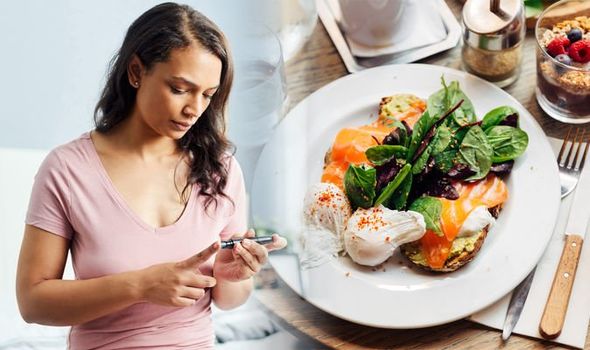 Some studies have shown cinnamon can lower blood sugar after meals by slowing the rate at which food empties out the stomach.

One study found consuming 1.2 teaspoons of cinnamon with a serving of rice pudding led to slower stomach emptying and lower blood sugar elevations than eating rice pudding with it.

Other studies suggest it may lower blood sugar following meals by blocking digestive enzymes that break down carbs in the small intestine.

Cinnamon has also been shown to imitate insulin and increase insulin sensitivity.

So how can cinnamon be enjoyed at breakfast?

Cinnamon could be sprinkled on top of oats, which have also been proven to have a positive impact on blood sugar levels.

A 2015 review which looked at 16 studies found oats have a beneficial effect on glucose control in people with type 2 diabetes. 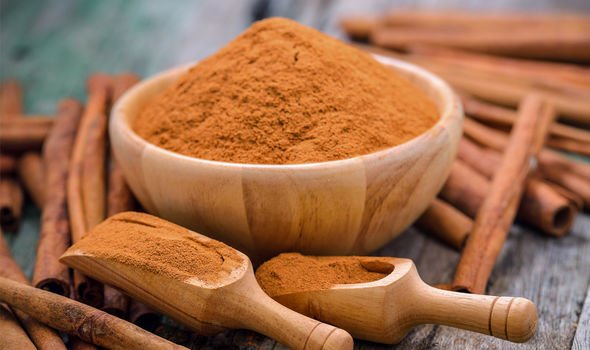 Experts says oats have this effect because of their low GI score, making them less likely to cause spikes and dips in blood sugar levels.

Oats, including oatmeal and oat bran, also contain B-glucans, which can reduce glucose and insulin responses after meals.

But doctors recommend people with diabetes don’t eat too many oats because one cup contains roughly 28g of carbohydrates.

But research is needed to substantiate whether cinnamon and oats can be used as an alternative to medication. 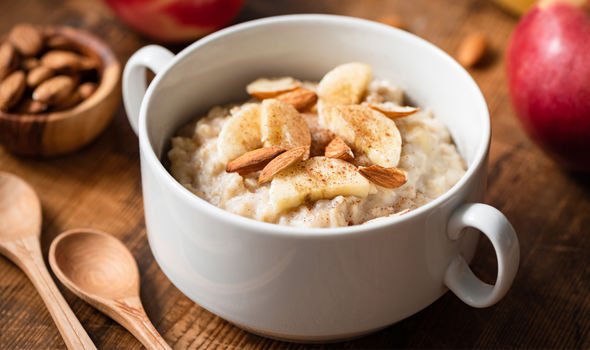 Other ways to lower blood sugar

Alongside eating healthily, regular exercise has been shown to keep blood sugar levels in check.

The NHS explains: “Physical exercise helps lower your blood sugar level. You should aim for 2.5 hours of activity a week.

“You can be active anywhere as long as what you’re doing gets you out of breath. This could be fast walking, climbing stairs, and doing more strenuous housework or gardening.”

Losing weight if you’re overweight will also make it easier for the body to lower blood sugar.