U.K. Hospitals Canceled Non-Urgent Appointments for the Queen’s Funeral & It Has Many Patients Alarmed

Following the death of Queen Elizabeth II late last week, numerous parts of the UK are commemorating the date of her state funeral with a bank holiday — but the shake-up is causing alarm for thousands of patients who had their “non-urgent” medical appointments postponed. 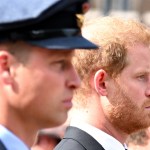 Doctors at one London hospital were reportedly told to “please go ahead and start rescheduling patients,” according to Open Democracy.

And if you think about an entire day of various appointments that many patients likely had on their calendars for months — from knee replacements to regular check-ups for pregnancies — the inconvenience of rescheduling can be a frustrating challenge.

“I’m really disappointed,” as one pregnant patient told Open Democracy about her rescheduled fetal scan. “Yes, it’s a routine scan, but that’s another week or two until I’m seen and wondering whether my baby is healthy — which means quite a lot of anxiety, sitting and waiting.”

As Bloomberg reported, a letter was sent to NHS organizations that stated: “For patients with planned appointments that may be affected by the day of the funeral, please ensure they are informed in advance of any changes by [utilizing] direct patient communications.”

And as PEOPLE magazine notes, the cancellations are piling on to the previous “all-time high” waiting lists for routine appointments with 6.8 million patients waiting to schedule theirs and more than 377,000 reportedly not receiving care for an entire year.

With additional concerns that the event costing the tax-payers millions, the additional inconvenience to their healthcare is something that could draw more criticism down the line.

Before you go, click here to see the 100 best photos of the royal family from the past 20 years.