Unlikely that high cholesterol or statins increase the risk of dementia 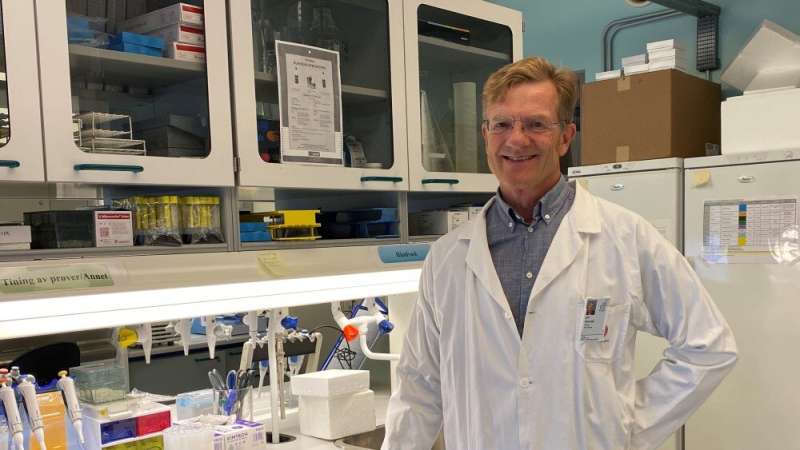 Many patients stop taking medication for high cholesterol because they are afraid it may have negative side effects. But the observed association between risk of dementia and high cholesterol, may be caused by your lifestyle.

More than 600,000 people in Norway take cholesterol-lowering medicines on prescription. The majority of these drugs are called statins. But not all these patients actually take their medicine.

“Many fear side effects because they read reports in the media that make them afraid. Some are concerned about how the drugs will affect their mental health if they take them over a long period of time. Others feel that statins are the cause of muscle pain and problems with sleeping. These symptoms may be due to side effects, but it is also probable that these patients are at an age when health problems of this kind are more likely to arise in any case,” explains professor Retterstøl at the Institute of Basic Medical Sciences at the University of Oslo.

British study: high cholesterol is associated with an increased risk of dementia

A question many people ask is: can a long-term intake of statins increase the risk of other disorders such as dementia? But what is associated with what? Is it the level of cholesterol, the statins or an unhealthy lifestyle that lead to an increased risk of dementia?

A major British study involving 1.8 million people concluded that an elevated level of cholesterol appeared to be linked to an increased risk of developing dementia. The study was published in The Lancet Healthy Longevity in 2021.

In a new study, Retterstøl and his colleagues came to a different conclusion than that of the British scientists. In his opinion, neither cholesterol itself nor statins can explain an increased risk of developing dementia. The real reason may be that lifestyle habits lead to high cholesterol.

Their research involved a more thorough study of the health of people with hereditary high cholesterol. These patients’ high cholesterol is not caused by their lifestyle and by and large, they do not eat unhealthily. Instead, their high cholesterol is genetic. The scientists also took into account whether the participants in the study were taking a high or low dose of statins.

“In Norway, we have good health registries that we can link our research data to. We were therefore able to look at data relating to over 3,500 people with hereditary high cholesterol and find out how many of them were diagnosed with dementia. We followed this group for a period of over 10 years but found no increased risk of dementia compared to our control group of almost 70,000. We didn’t find any difference between those taking a high or a low dose of statins either,” he adds.

Retterstøl and his colleagues published the study in JAMA Network Open.

If you put off taking statins, you will benefit less from them later on

High cholesterol is often called a silent killer because it does not manifest itself through symptoms. Retterstøl points out that the trouble with taking statins is that the patient will not notice any physical improvement. In the same way, they don’t notice any difference if they stop taking the medicine.

But the absence of the medicine means that harmful processes can carry on unnoticed in the body and cholesterol plaque builds up in the arteries, resulting in a possible heart attack or stroke.

“A third of the population dies of cardiovascular disorders and it is particularly sad when young people are affected. If you decide to postpone taking statins, the benefit will be less when you do start taking them. Nobody wants to take pills, but doing so is an investment in your future good health,” says the professor.

Consult your doctor if you experience side effects from statins

If you are taking statins and experience muscle pain or difficulty in sleeping, Retterstøl has the following advice: