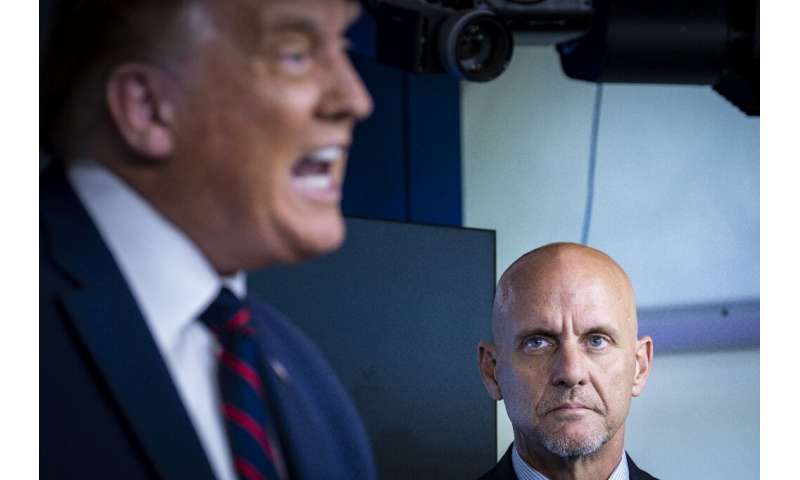 US President Donald Trump has hinted a COVID-19 vaccine may be ready before the November election, but will it be safe and effective?

Experts are worried the country’s world-renowned health institutions responsible for overseeing the approval and distribution processes have become increasingly compromised by political pressure, which could end up costing lives.

The Food and Drug Administration (FDA) and the Centers for Disease Control and Prevention (CDC) are at the center of the storm.

The two agencies, historically considered above the partisan fray, have earned the broad respect of the international scientific community.

But their experts are now viewed with deep suspicion by Trump’s top lieutenants, who see them as resistant to the president’s agenda of re-opening the economy.

Senior scientists at the CDC, who would routinely brief the press in past health crises, were the first to sound the alarm on the coronavirus but have been sidelined since March.

Official CDC guidelines, long considered a global benchmark, were mysteriously amended over summer—first to tilt recommendations heavily towards schools reopening in-person, and later to advise that people exposed to COVID-19 patients don’t need a test if they are asymptomatic.

The second move was seen as particularly egregious since no scientific rationale was offered—but it did tie in with Trump’s stated desire to carry out fewer tests.

Last week, Politico reported that the head of communications at the federal health department Michael Caputo had for months been demanding to revise scientific reports on the virus published in the CDC’s “Morbidity and Mortality Weekly Reports”—for example on the level of contagiousness among children.

“It is unprecedented for the political leadership of the United States to intrude into the scientific functioning of those agencies,” William Schaffner, a member of the editorial board of the MMWR told AFP.

Caputo then doubled down, accusing career government scientists of “sedition” in a Facebook post on Sunday, according to the New York Times.

He also claimed the CDC harbored a “resistance unit” determined to undermine Trump and said left-wing hit squads were preparing for an armed insurrection.

The FDA’s credibility as the world’s most influential drug regulator has been tarnished in a way that could impact most important decision of the pandemic: when to approve the first COVID-19 vaccine, says Eric Topol, director of the Scripps Research Translational Institute.

In March, the body authorized emergency use of hydroxychloroquine, an old anti-malaria drug touted by Trump, despite the lack of evidence of its effectiveness against COVID-19.

The authorization was revoked in June over safety concerns.

In August, as Trump prepared to go before the Republican National Convention, the FDA issued emergency approval for the transfusion of blood plasma from recovered COVID-19 patients.

Hahn has rejected claims that his agency has faced pressure from the White House and emphasized the review process involved independent experts.

“We will not jeopardize the public’s trust in our science-based, independent review of these or any vaccines. There’s too much at stake,” he tweeted last week.

The late-stage trials underway are unlikely to have enough data by October, when Trump suggests a vaccine could be ready.

It is also unlikely that a company would stake its reputation on a drug that isn’t ready.

But experts remain suspicious, singling out near-daily statements by Pfizer’s CEO of a vaccine that is weeks away as a cause for concern.

“I think that there is going to be an unfortunate pressure campaign to approve them,” said Harvard epidemiologist Michael Mina.

The two agencies “have become subservient to the Trump White House people,” said Topol, citing a “culture of fear”—of losing one’s job or of being on the receiving end of a hostile presidential tweet followed by abuse from his supporters.

Robert Redfield, the CDC director has “allowed his agency to basically become a non-entity,” continued Topol, who concluded that: “If these people were of principle, they would resign.”