What to Do When Depression Affects Your Sex Drive 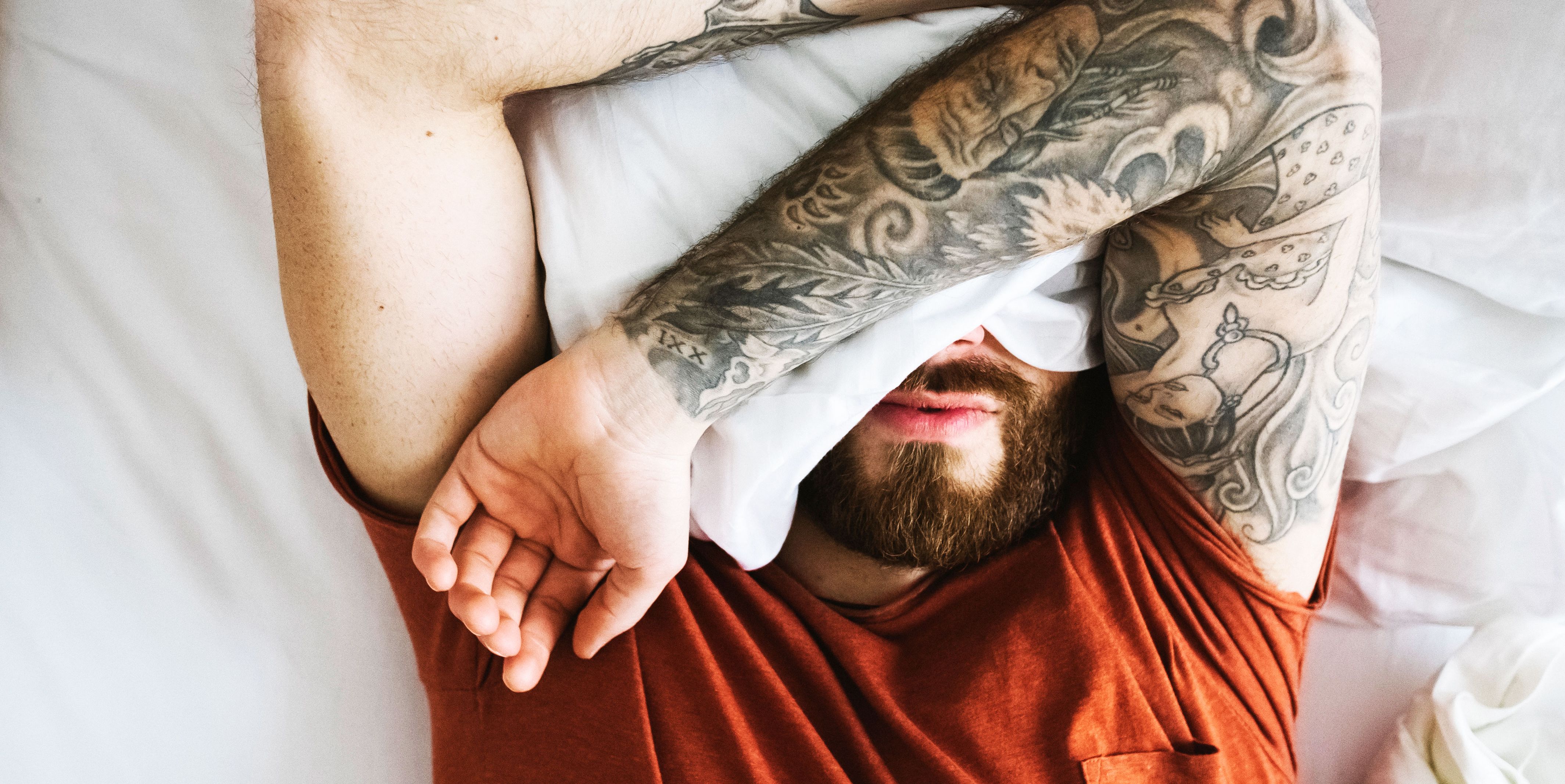 One of the hallmark symptoms of depression is something mental health experts call “anhedonia.” In a nutshell, anhedonia is a loss of interest or enjoyment in stuff you used to enjoy. And for a lot of depressed men, that includes sex.

“When men are depressed, their self-esteem is down and their motivation is down and their libido may be down,” says Ian Kerner, PhD, a licensed psychotherapist and sex counselor. Any or all of these issues could interfere with your interest in sex or your ability to perform.

“When you look at sex, it’s basically about things that excite and arouse you,” Kerner says. Depression, meanwhile, is a condition that inhibits excitement and arousal. So it’s no wonder depression and sex don’t mix.

He adds that some popular antidepressant medications—namely, SSRIs—can lower libido and interfere with sexual function. So depression may be kneecapping your romantic life in a lot of different ways. Here’s a look at a few of them.

“When people are depressed, sex could very well be the furthest thing from their minds,” says Liesel Sharabi, PhD, an assistant professor of communications at West Virginia University.

In one of Sharabi’s studies, published in 2015, one guy talks about how his depression makes it difficult for him to be around anyone—including his partner. “I just want to be left alone so that I don’t get in a bad mood,” he says. Another man in that study says, “Everything feels like an effort.” That includes sex.

Interestingly, her research has also shown that couples in which one person, but not the other, is depressed tend to experience more sexual challenges than couples in which both people are depressed. The asymmetry depression creates can make it difficult for the depressed man and his mate to get on the same page sexually, she says.

“When a man feels bad about himself, he might not feel confident or worthy of a connection with his romantic partner,” adds Amy Delaney, PhD, an assistant professor at Millikin University in Illinois and author of a 2018 study on depression and sexual intimacy.

Depression can also leave men feeling “alone and isolated,” Delaney says, which can interfere with his desire or ability to be intimate with his mate.

Sex Isn’t All About Libido

The male sex drive is often talked about like it’s some isolated quality a guy either has or doesn’t have—like the ability to throw a football 40 yards, or to handle a few drinks without getting sloppy. The truth is a lot more complicated.

“Lots of the literature on depression focuses on decreased desire and [sexual] function,” Delaney says. “But my research with couples points to multiple layers of sexual intimacy challenges.” She says some of these challenges are “cognitive” while others are “interactive.”

“Cognitive challenges include troubles with self-esteem and feelings of isolation,” she explains. “Interactive challenges happen when couples struggle to talk about and initiate sex.” All of these roadblocks can line up in ways that disrupt “the entire system” of a romantic and sexual relationship, she says. One example is a concept known as “interference.”

“Interference focuses on the ways partners can disrupt each other’s day-to-day routines and individual goals,” she explains. “So interference could be when your partner leaves her towel on the floor, won’t join you and your friends for bowling night, or needs a ride to the doctor so you can’t make it to the gym.”

Normally this sort of interference isn’t a big deal. It’s just part of being in a relationship. But when a man is depressed, he may feel greater levels of interference from his partner, she says. This can breed resentment, which is poison in the bedroom.

In this and other ways, the sexual challenges that stem from depression are “woven into the fabric of the relationship,” Delaney says. Fixing these intimacy issues isn’t as simple as flipping some libido switch.

What to Do if Depression Affects Your Sex Life

For some depressed men, the solution really is as simple as changing medications, Delaney says.

For others, professional counseling is the way to go. But if you’re in a relationship, it’s important to include your partner. “Standard treatment protocols really only focus on the individual,” she says. But solo therapy often ignores the effects a man’s depression is having on his partner and their relationship as a whole, she adds.

“I’d advocate for a treatment approach that widens the lens to include [both partners],” she says. “If couples can work together . . . they may be able to better address the sexual intimacy challenges that accompany one or both partners’ depression.”

Taking a break from sex may also help, Kerner says. He explains that, if you’ve been struggling in the bedroom, taking sex off the table can help relieve some of the pressure. “Especially if you have a tremendous amount of anxiety around sex—if it’s something you’re feeling very stressed or guilty or ashamed about—taking a sex break can help.”

Instead, you and your partner could experiment with other forms of intimacy—stuff like holding hands, kissing, and “outercourse,” he says. Not feeling that one? Maybe try the exact opposite approach: Just do it, regardless of how you feel. You may quickly come around to sex once you’ve initiated it, Kerner says.

This won’t work for every depressed man, he adds. But just as a morning run can leave you feeling great even if you were dreading the thought of exercise, hopping in the sack even if you don’t feel like it can turn out to be as enjoyable as you remembered.

“Try to create that sexual spark and nurture it,” he adds. “Having sex with your partner almost never makes depression worse, but it can boost your self-esteem or have some other palliative effects.”