Why do I (and my kids) get so many colds? And with all this COVID around, should we be isolating too? 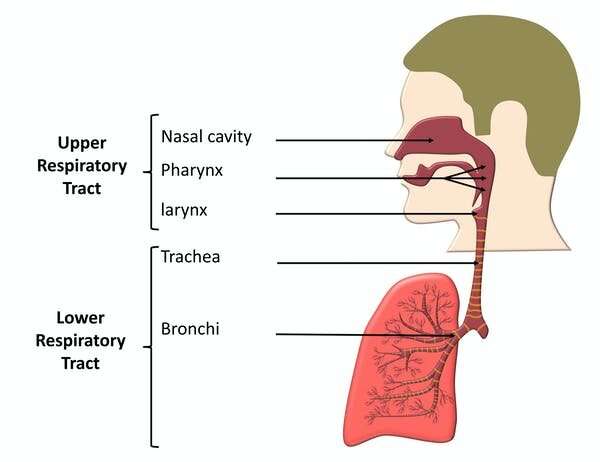 As we head toward winter, the likelihood of picking up a pesky cold increases. But COVID changes how we approach sore throats and runny noses.

If you have cold symptoms and return negative rapid antigen tests, isolating isn’t mandatory—but it’s a good idea. But how long should you stay away from others when you have a cold?

Generally, you’re infectious until your symptoms clear, and should stay away until you’re well again. Passing your cold onto others can mean unnecessary COVID testing for them.

Some people may have a lingering cough or other symptoms when they’re past the normal infectious period. If your RAT is clear for COVID and your symptoms linger, it’s a good idea to consult your GP to rule out other infections or complications.

What causes ‘the common cold?’

Unlike other infectious diseases with one specific cause—such as COVID, which is caused by SARS-CoV-2—the “common cold” is a viral upper respiratory tract infection with a set of classic signs and symptoms, but which is not caused by one specific virus.

The common cold is most frequently caused by more than 100 different human rhinovirus serotypes (viruses within one species with the same number and type of surface proteins).

Colds can also be caused by multiple other viruses including common cold human coronaviruses, parainfluenza viruses, adenoviruses and others.

We repeatedly get colds because when we develop immunity to one type of virus that can cause colds, another comes along to which we don’t have immunity. Some of these mutate over time and “escape” from the antibodies we have produced to a previous infection.

While we tend to think of colds as harmless, in the very young, the elderly or others with less robust immune systems they can cause serious illness. This can result in hospitalization and can trigger asthma in susceptible people.

How are colds transmitted?

Cold viruses are transmitted through touching your eyes, mouth, nose or food with hands contaminated by viruses, by direct contact with others, or by inhaling contaminated aerosols.

Pre-school children have six to eight (or more) colds per year.

Children appear to be key drivers of community transmission and bring the infection home from pre-school or school.

Adults then take the infections into their workplaces. Poor ventilation in workplaces may increase the risk of exposure to cold viruses.

Colds are more common in autumn, winter and spring, or in the rainy season if you live in the tropics.

The median incubation period (the most common time it takes to develop symptoms) can vary greatly from about half a day to five and half days, depending on which virus is involved.

In a rhinovirus infection it’s roughly two days, although symptoms can occur in as little as half a day.

Generally, you’re likely to be infectious one to two days before developing symptoms and while you have symptoms.

Adults and adolescents usually recover from their symptoms in around seven to ten days. Coughs may last longer for some people, particularly younger children.

What symptoms do you get and why?

Inflammation from the infection can cause a number of symptoms, including a sore throat, runny nose, nasal congestion, sneezing and cough.

The runny nose occurs because a chemical called histamine makes your blood vessels more leaky. Your snot starts out clear and runny. Over time it will tend to thicken. 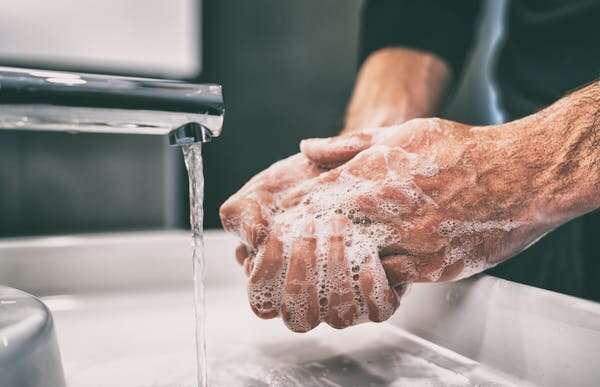 As your immune cells fight off the infection, some white blood cells will die, changing snot color. As the immune response kicks into high gear, white blood cells called neutrophils produce an infection-fighting chemical (myeloperoxidase) that has a green color.

When lots of neutrophils die in the process of fighting the virus, the myeloperoxidase causes green snot.

If your runny nose persists for an extended period, or you develop facial pain, you may have acquired a sinus infection.

How to prevent catching and transmitting colds

The US Centers for Disease Control and Prevention recommend the following precautions to reduce the risk to others:

Finally, train yourself to avoid touching your face. One study compared upper respiratory tract infections in two groups—one that handwashed only, and one that handwashed and used a Smartwatch with a sensor to track hand movements and give reminders about not touching the face.