With demand soaring for heart transplants, Florida hospitals ramp up 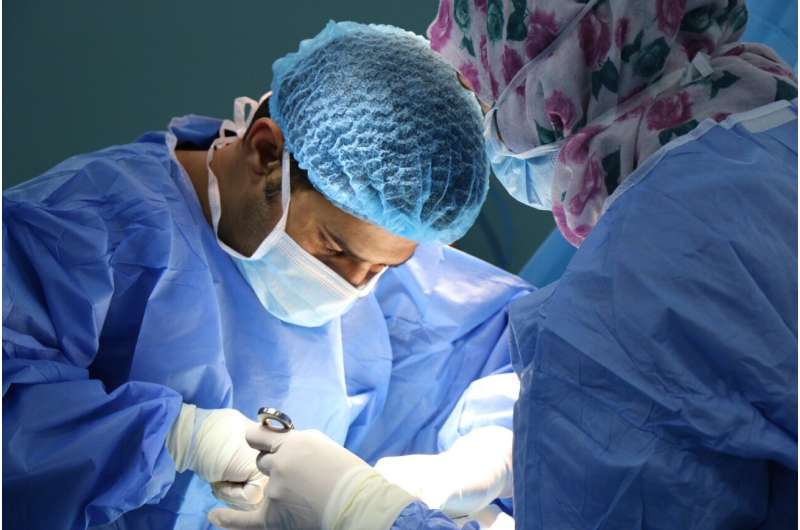 With heart disease the No. 1 killer in the United States, heart transplants hit record highs in 2022.

In Florida, demand has never been higher.

Ten hospitals in the state perform heart transplants, each with their own criteria. As the year kicks off, more than 200 people are on the wait list, according to the Organ Procurement Transplantation Network. Some Floridians will not live long enough to replace their failing heart, but innovation is giving more of them a chance.

In Weston, a smiling Jorge Rodriguez saunters down the halls of the Cleveland Clinic hospital only six weeks after he traded his damaged heart for a new one.

The risky four-hour procedure Rodriguez underwent had been timed to the second with doctors transplanting the heart of a young donor into his chest cavity and connecting it to the main arteries and veins. For the 66-year-old, this was his only option for a future.

Rodriguez and more than 4,100 other people in the country replaced a damaged or failing heart last year, an 11% increase from 2021, according to United Network for Organ Sharing (UNOS).

Because of the growth in heart disease, and its severity, at least 3,340 people in the U.S. are on a wait list for a viable heart to become available.

“We have had a lot of accomplishments and yet we are still pushing hard because we know there is an unmet need that we are trying to fill,” said Dr. Cedric Sheffield, a thoracic surgeon and director of Cleveland Clinic Weston’s transplant program.

Florida ranks fourth in the nation with 263 adult heart transplants in 2022. Those who received hearts ran the gamut in ages, but the greatest need is from 50- to 64-year-olds, according to data from United Network for Organ Sharing (UNOS).

Rodriguez began gasping for breath in a Walmart parking lot in late September, landing him in the emergency room. He had gone through five implanted defibrillators and a cabinet full of medications before becoming so sick that a transplant became his only option for any quality of life

Many on Florida’s wait list received heart care earlier in life, much like Rodriguez, but now require a more permanent solution.

“The success of physicians in treating patients at earlier stages of their heart disease has led to older patients who are alive with chronic heart disease, and those people need transplants now,” said Dr. Scott Silvestry, surgical director of the thoracic transplant program at AdventHealth in Orlando.

A week after putting himself on a registry, Rodriquez received an offer for a donor heart. Nationally the average wait time is five months.

“It was unreal,” said Maria Rodriguez, his wife. “So many mixed emotions, happiness and being scared at the same time.”

Matching a recipient with a donor heart is a complicated process. Surgeons like Sheffield take painstaking measures to ensure the organ is a fit for their patient. They consider size of the donor, age, blood type and prior antibodies. Patients receive one of seven status levels to determine their priority.

“Those people who are at highest risk of dying have a higher status level,” Sheffield said. “They have first access.”

Geography factors in, too. With a four-hour window to remove the organ, transport and transplant it, proximity to the deceased is a consideration.

To expand the donor pool, hospitals including Orlando’s AdventHealth are embracing a new method of acquiring hearts from people who die from cardiac failure.

Surgeons remove a heart from someone who died because their heart stopped—either naturally or because physicians discontinued life support—and use a new machine to keep the heart functional. This is known as “donation after cardiac death,” or DCD transplants.

“The number of heart transplants continues to expand every year, and DCD donors have been an important part of that,” said Dr. David Klassen, chief medical officer of the UNOS, the nonprofit that manages organ transplantation in the U.S. “It has increased the number of lives saved through transplantation.”

Silvestry said AdventHealth is considered one of the most aggressive centers in the state because it will do DCD transplants as well as accept hearts from donors older than 40 and take hearts that may be damaged but can be repaired.

“Our offer acceptance rate is higher than the national average,” he said. “There are hearts that are marginal or borderline but with medical management turn out to be useable.”

By using an advanced pump to control the heart’s temperature, Silvestry said AdventHealth also is able to expand the geographic distances in which it accepts donations.

“A heart can save a life,” he said. “We are able to save patients who may have died because of the location of the availability of the organ.”

Nationally, 91% of heart transplant patients survive the procedure and are alive after one year, according to Stanford University.

Sheffield at Cleveland Clinic said his transplant team is conservative about who they will operate on to manage the survival rate.

“A heart transplant is a difficult endeavor,” explains Sheffield at Cleveland Clinic. “In general, the risk of the surgery depends upon the state of the patient going into surgery. We take a lot of steps to try to ensure the best we can that the negative effects of the heart surgery are mediated as much as possible going in.”

Dr. Nicolas Brozzi, a cardiothoracic surgery at Cleveland Clinic, is on the team of doctors who prepare transplant patients pre-surgery by boosting nutritional intake, building patient strength with medication, or putting them on a mechanical device to assist their hearts.

“The stronger they are going into surgery, the smoother the post-operative phase after surgery will be,” he said.

One of the most worrisome risks after a heart transplant is the body rejecting the donor heart, which can happen even without overt symptoms. Rodriguez will have frequent heart biopsies for at least a year to confirm his body is accepting the donor heart.

“I have just had my fifth biopsy and everything was good,” Rodriguez said. “I’m back to living a normal life.”

Silvestry at AdventHealth said despite the proliferation of heart disease, the future is more promising for those who will require transplants. “I think you will see an improvement in the success rates for using organs from greater distances and a greater percentage of hearts offered will be used because the technology being introduced will become more widespread.”

An attempt at a pig heart transplant into a human failed earlier this year when the patient died. But Silvestry remains hopeful about widening the donor pool. “I think the next breakthrough will be treating hearts out of body to make them better donor organs.”