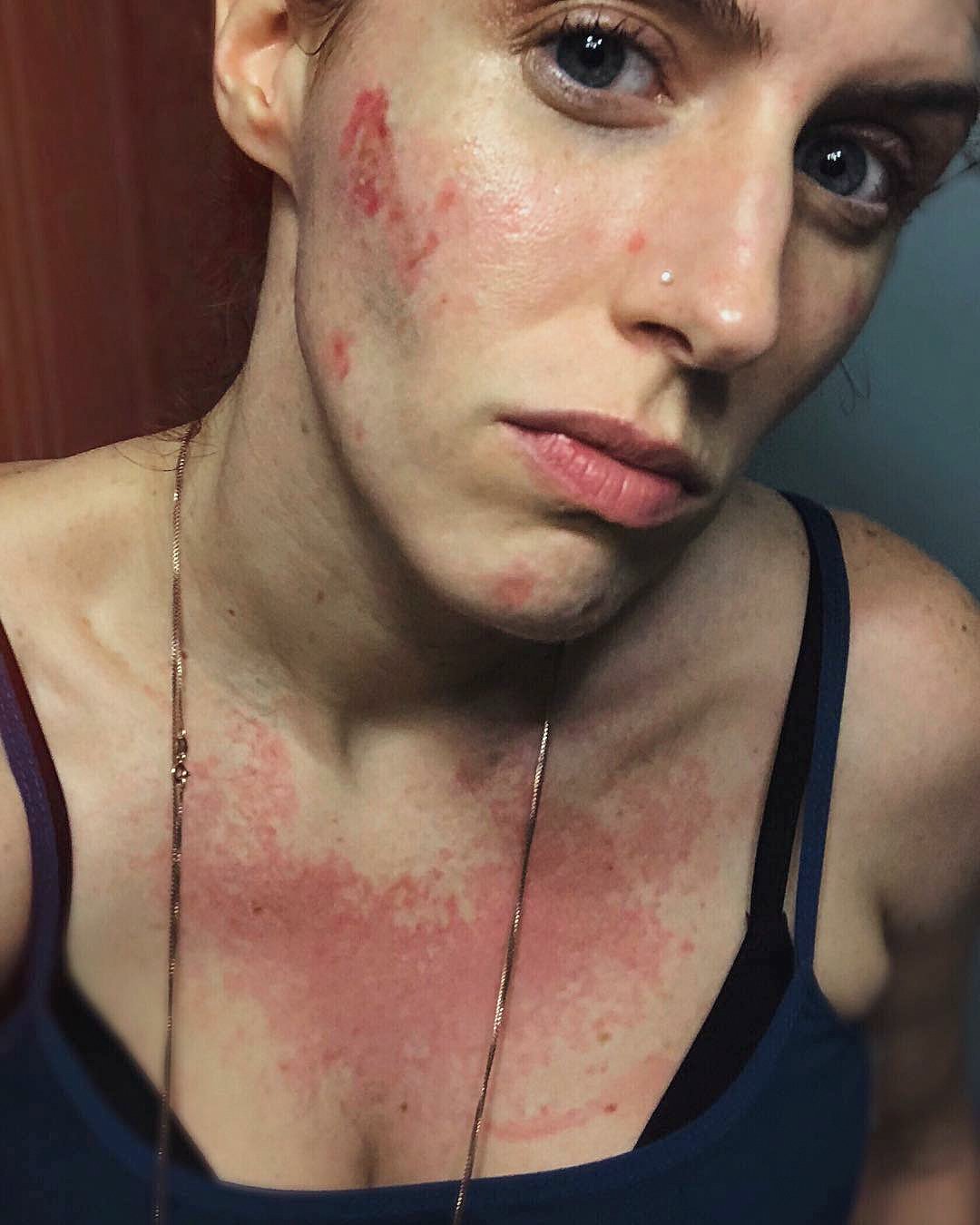 At first, the redness and bumps on Rachel Star Withers’ face could reasonably be diagnosed as severe acne. But when aggressive medication didn’t work — and the red patches broke into open sores — she knew something more severe was going on.

The South Carolinian had just returned from a media tour in Taiwan and Hong Kong when her skin started acting up, and a constant nausea had her skipping meals and losing weight.

“I didn’t really know what was happening,” Withers, 33, tells PEOPLE. “I really thought it was just my acne getting worse, which is why I went to a dermatologist first.”

Withers’ dermatologist wouldn’t come near her face, and assumed it was just normal acne. He put her on Accutane, an intense retinoid acne treatment, but nothing happened.

“I had been on that years ago so I was like, this isn’t cystic acne. This is something different, I can tell,” she says. “But he wouldn’t listen to me.”

Another dermatologist gave her more medications, but again “they flat-out didn’t do anything.”

“I kept getting worse,” Withers says. “I started breaking out into these weird hives, and I’ve never been allergic to anything in my entire life. And then this weird thing appeared on my chin. It was like a ping-pong-size sack that hurt.”

Withers took an allergy test that somehow determined that she was “allergic to everything.”

As Withers ping-ponged between various doctors who didn’t believe that anything was wrong — she estimated she saw 15 to 20 during the whole ordeal — she grew increasingly upset.

“I was very frustrated, because I knew something was wrong with me,” she says. “Some of the doctors were so condescending.”

Withers then started dealing with back pain, and one day in her usual boxing class she found she could no longer lift her arm. Then, finally, she found a doctor who would help. They swabbed the sores on her face and found it had high levels of Klebsiella oxytoca, a serious and flesh-eating bacteria. They struggled to find the correct antibiotic to treat the bacteria — for a few weeks it continued to get worse, and her skin hardened and her facial muscles stopped working on the right side. But then another doctor sent the swab results to South Carolina’s infectious disease center, where they insisted she go to the emergency room and start on nonstop antibiotics.

“Originally they were going to take off parts of my face, but because it was by my eyes it would be too complicated,” Withers says. “While they were waiting to get that set up over the next two days, the sores on my face rotted over and grew new tissue, so they ended up not needing it. The antibiotics killed all of the infection.”

That was the at the end of October, about a year after she started having the odd symptoms. Withers spent the next month home bound to avoid further infection, and now she’s continuing her recovery.

“I was on really high-powered meds, so they ate holes in my tendons,” she says. “I can’t box anymore or do any of the high-energy stuff I used to. I can only make it about three hours before I need to go to sleep. My tendons and spine took a beating. And I’ve got some wicked scars now.”

The doctors still don’t know the exact bacteria that took over her body, just that it was related to Klebsiella oxytoca. And they don’t know how Withers got it, though they do think it was while she was in Asia. But she wouldn’t rule out going back.

“I would go again, absolutely,” she says. “It was something freak that happened. It’s rare. It shouldn’t have been possible.”