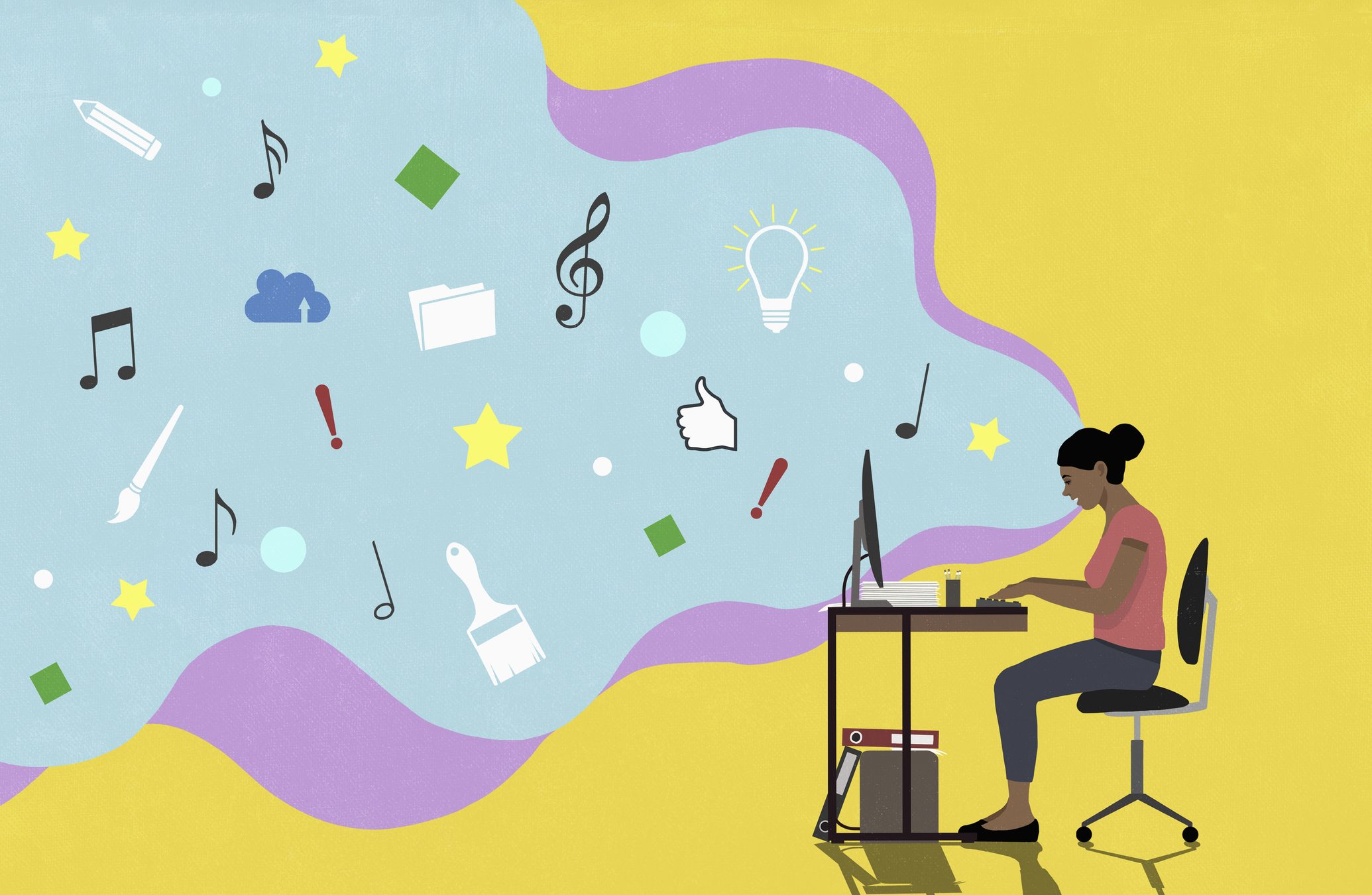 A new study has found that women tend to generate more original ideas during the ‘fertile’ phase of their menstrual cycle.

The findings, published in Frontiers in Psychology, add to a growing body of research that suggests that women are at their most creative during this part of the month.

Researchers used saliva and urine-based test kits to determine the ovulation period of 72 women between the ages of 18 and 35.

They each took part in different tests of creativity during the different phases of their cycle; follicular, ovulatory, and luteal.

One of the tasks set was the ‘Alternative Uses Test’, which saw the women given an everyday object and asked to list as any possible uses for it – the more creative the better.

Another was the ‘Remote Associates Test’, in which the participants were given three words and asked to suggest a fourth word related to all of them.

For each of the tests, the ideas were scored by trained, independent assessors.

It was concluded that the answers were the most original and creative during ovulation, which generally takes place around two weeks before a period starts.

The results provide additional evidence that ‘women’s fertility may be associated with mental abilities such as creativity,’ says the study author Katarzyna Galasinska, a PhD candidate at the SWPS University of Social Sciences and Humanities in Warsaw.

She adds: ‘Maybe monitoring the ovulatory cycle can help women understand their mentality and to resonate with it.

‘In this view, all fertility-altering agents should be treated with caution. In one of my previous studies, I tested creativity in women taking contraception and I found no changes across the cycle.

‘Furthermore, the originality of ideas among these women was lower compared to naturally cycling women.’

Galasinska’s research adds to a growing body of work that links fertility to creativity.

A prior study from SWPS University of Social Sciences and Humanities, in Warsaw, took part on an even larger scale – with researchers setting creative thinking tasks for more than 750 women.

Again, they were found to perform best immediately after ovulation, at the point where they would be most likely to conceive.

The team said: ‘The higher the probability of conception was, the more original ideas were generated.

‘These ideas were also more varied and included more frequent changes in perspective.’

And several previous studies have found that women show behavioural, physical and cognitive changes during ovulation – such as brighter eyes and skin, and a higher libido – which have been thought to be linked to evolution and attracting a mate.

So, if you’ve got any important interviews, meetings, presentations or even dates coming up, you might want to think about scheduling them around ovulation…