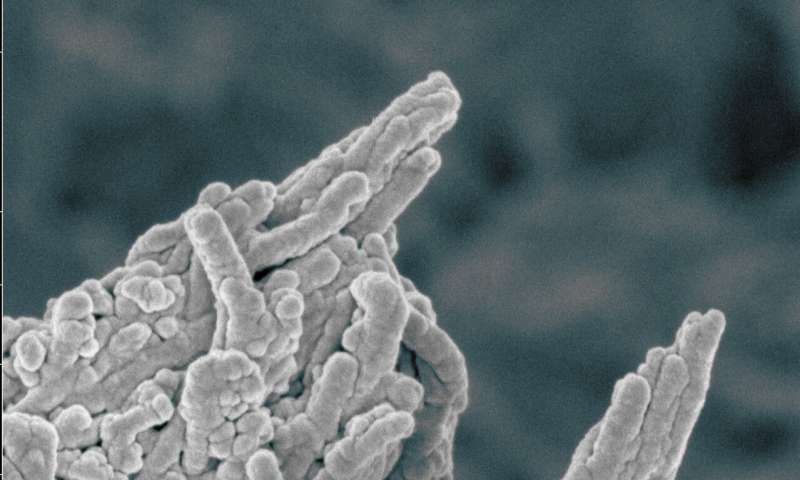 A team of UK scientists have identified the mechanism behind hardening of the arteries, and shown in animal studies that a generic medication normally used to treat acne could be an effective treatment for the condition.

The team, led by the University of Cambridge and King’s College London, found that a molecule once thought only to exist inside cells for the purpose of repairing DNA is also responsible for hardening of the arteries, which is associated with dementia, heart disease, high blood pressure and stroke.

There is no current treatment for hardening of the arteries, which is caused by build-up of bone-like calcium deposits, stiffening the arteries and restricting blood flow to organs and tissues.

Supported by funding from the British Heart Foundation, the researchers found that poly(ADP ribose), or PAR, a molecule normally associated with DNA repair, also drives the bone-like calcification of arteries.

Additionally, using rats with chronic kidney disease, the researchers found that minocycline—a widely-prescribed antibiotic often used to treat acne—could treat hardening of the arteries by preventing the build-up of calcium in the circulatory system. The study, the result of more than a decade of fundamental research, is published in the journal Cell Reports.

“Artery hardening happens to everyone as they age, and is accelerated in patients on dialysis, where even children develop calcified arteries. But up until now we haven’t known what controls this process and therefore how to treat it,” said Professor Melinda Duer from Cambridge’s Department of Chemistry, who co-led the research as part of a long-term collaboration with Professor Cathy Shanahan from King’s College London.

“This hardening, or biomineralisation, is essential for the production of bone, but in arteries it underlies a lot of cardiovascular disease and other diseases associated with ageing like dementia,” said Shanahan. “We wanted to find out what triggers the formation of calcium phosphate crystals, and why it seems to be concentrated around the collagen and elastin which makes up much of the artery wall.”

In earlier research, Duer and Shanahan had shown that PAR—normally associated with the repair of DNA inside the cell—can in fact exist outside the cell and is the engine of bone production. This led the researchers to hypothesise that PAR may also play a role in biomineralisation. In addition, PARP1 and PARP2, the dominant PAR-producing enzymes, are expressed in response to DNA damage and oxidative stress, processes which are associated with both bone and vascular calcification.

“We could see signals from bone that we couldn’t explain, so we looked for molecules from first principles to figure it out,” said Duer.

“I’d been thinking for years that hardening of the arteries was linked to DNA damage, and that DNA damage is a pathway switched on by many agents including smoking and lipids,” said Shanahan. “When this pathway is switched on, it drives the pathologies associated with ageing. If enough damage is present, the arteries will eventually reflect it.”

Using NMR spectroscopy, the researchers found that when the cells become stressed and die, they release PAR, which binds very strongly to calcium ions. Once released, the PAR starts mopping up calcium into larger droplets which stick onto the components in artery walls that give the artery its elasticity, where they form ordered crystals and solidify, hardening the arteries.

“We never would have predicted that it was caused by PAR,” said Duer. “It was initially an accidental discovery, but we followed it up—and it’s led to a potential therapy.”

Having discovered the links between DNA damage, PAR, bone and artery calcification, the researchers then looked into a way of blocking this pathway through the use of a PARP inhibitor.

“We had to find an existing molecule that is cheap and safe, otherwise, it would be decades before we would get a treatment,” said Shanahan. “If something has already been shown to be safe in humans, the journey to the clinic can be much faster.”

Working together with Cycle Pharmaceuticals, a Cambridge-based company, the researchers identified six known molecules that they thought might inhibit the PARP enzymes. Detailed experiments with these showed that the antibiotic minocycline was highly effective in preventing hardening of the arteries.

“It’s been 12 years of basic research to get to this point,” said Duer. “We set out with absolutely no expectation of finding a potential treatment—there is no treatment currently and nobody would have believed us if we had said at that point we were going to cure hardening of the arteries.”

The technology has been patented and has been licensed to Cycle Pharmaceuticals by Cambridge Enterprise, the University’s commercialisation arm. The researchers are hoping to carry out a proof of principle trial in patients in the next 12 to 18 months.