How the immune system protects us against bowel cancer 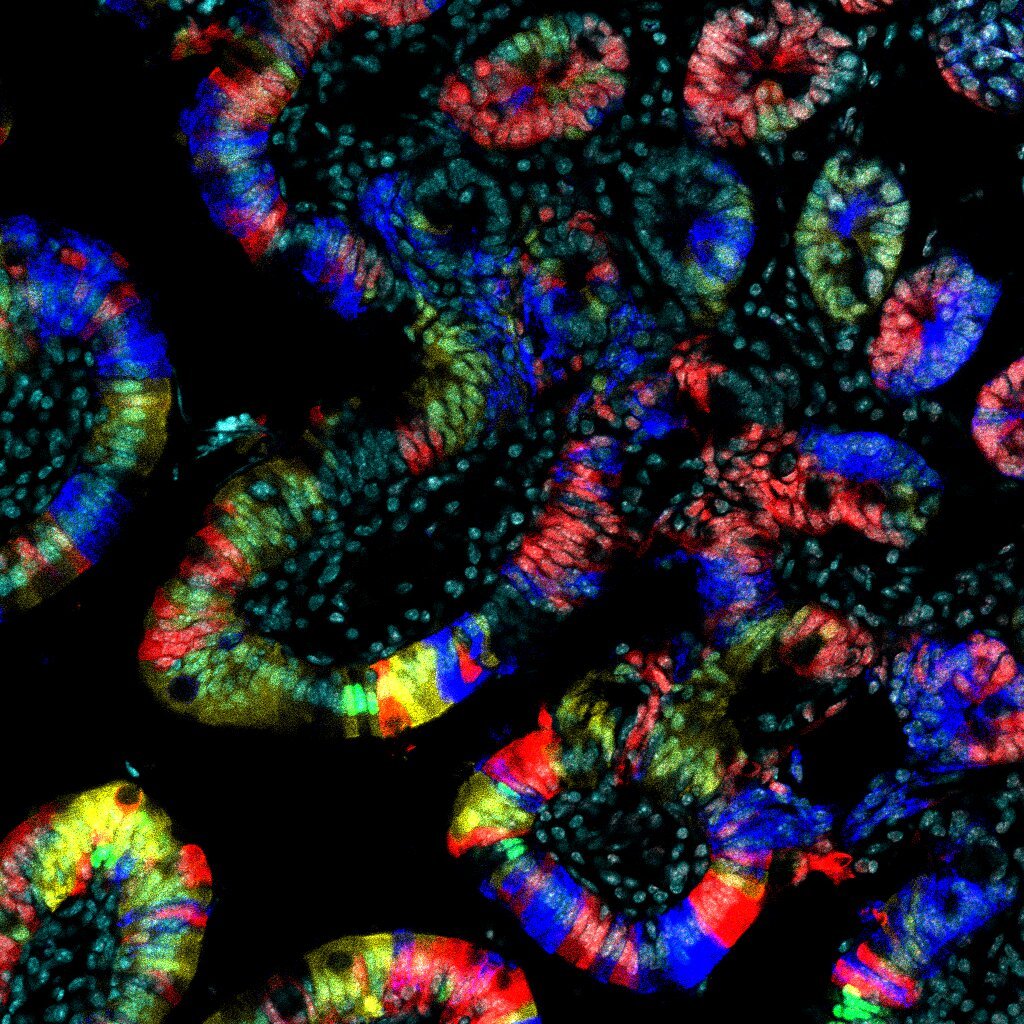 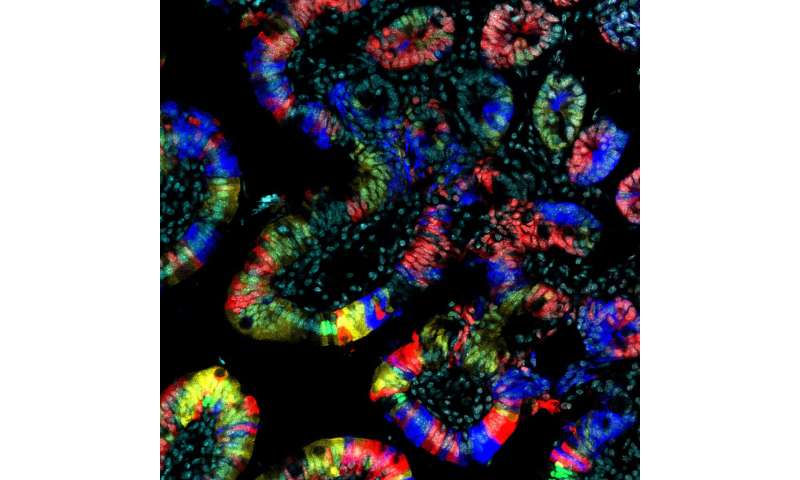 Researchers at Universitätsmedizin Berlin have discovered a protective mechanism which is used by the body to protect intestinal stem cells from turning cancerous. The body’s innate immune system was found to play a pivotal role in this regard. The researchers were able to demonstrate that, rather than having a purely defensive role, the immune system is crucial in maintaining a healthy body. The study has been published in the renowned scientific journal Nature.

Inside our bowels, there is a meeting of two worlds. This is where the cells of our intestinal cell walls meet foreign materials, such as bacteria, foodstuffs, and the breakdown products of digestion. Both of these worlds—that of our bodies and that of the outside world—are in direct contact, continually exchanging information. This direct contact is of crucial importance to our bodies, as many of the environmental factors we are exposed to (such as certain types of bacteria or essential nutrients) are beneficial or even vital to our health. However, contact with the environment can also have a negative impact on our bodies. Certain foreign substances, for instance, can trigger genetic changes inside the epithelial cells which line our intestinal walls. The accumulation of this type of DNA damage, particularly when it occurs inside epithelial stem cells, can lead to bowel cancer.

To prevent this progression to cancer, cells have the capacity to repair DNA damage. Where damage is too extensive, they can commit ‘altruistic cell suicide’ (also known as apoptosis). Until now, scientists had assumed that stem cells triggered this repair mechanism independently. However, the study (led by Prof. Dr. Andreas Diefenbach, Director of Charité’s Institute of Microbiology, Infectious Diseases and Immunology, BIH-Professor in Precision Medicine and Head of the Mucosal Immunology Research Group at the German Rheumatism Research Center) comes to a different conclusion, namely that the immune system is capable of enhancing the DNA repair mechanism in damaged stem cells, thus preventing progression to bowel cancer.

Working with other researchers, Prof. Diefenbach and his team were able to show in a mouse model that cells of the innate immune system are capable of recognizing genotoxic environmental factors present in the bowel. Among these are certain glucosinolates, natural components of plants which are commonly found in many types of cabbage. Once the cells of the innate immune system detect damaging glucosinolates, they send out interleukin 22, a type of cellular messenger. This, in turn, enables the epithelial stem cells to detect potential DNA damage earlier and repair it faster. “The immune system acts like a sensor that detects genotoxic food components,” explains Prof. Diefenbach. “Switching off this sensor results in a significant increase in cases of bowel cancer.”