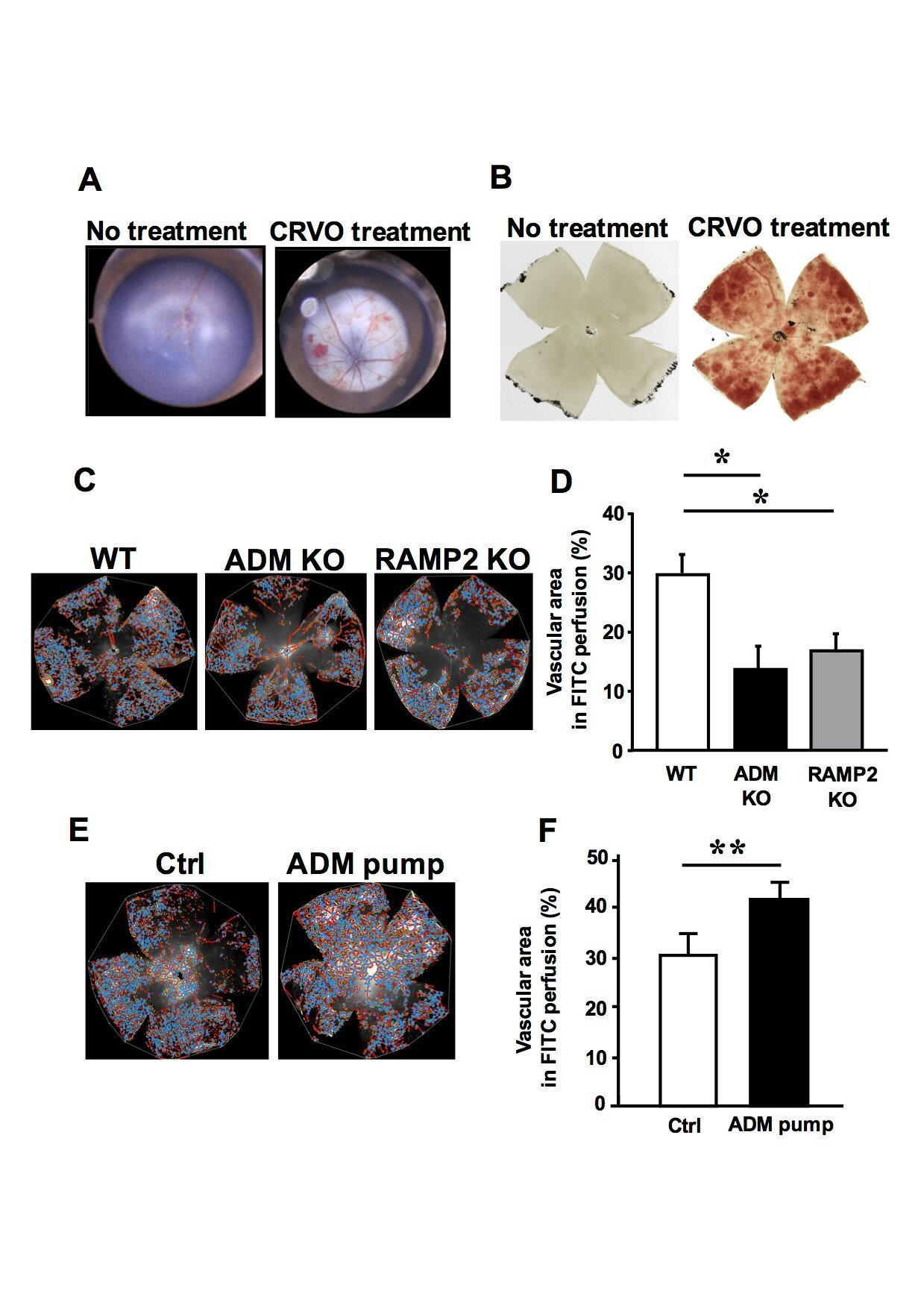 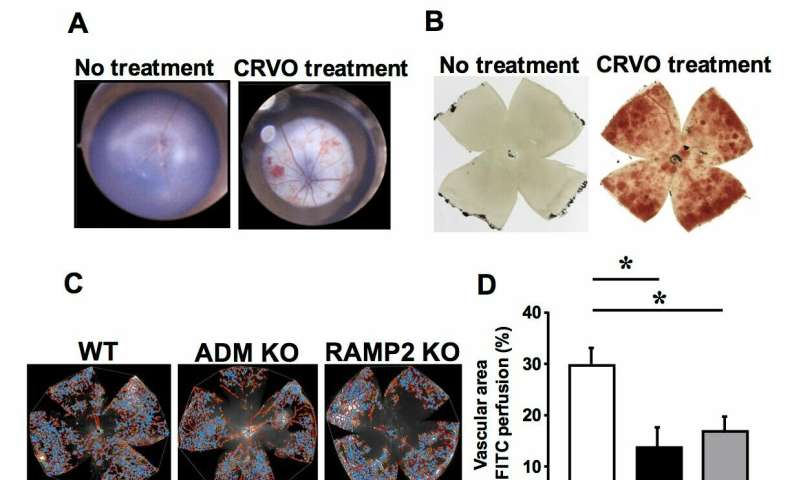 A clot in the retinal vein can lead to severe and irreversible loss of vision. In a report in the American Journal of Pathology investigators utilize a newly developed model of central retinal vein occlusion (CRVO) in mice that mimics many of the clinical features of CRVO in humans to study the pathologic effects of retinal occlusion and demonstrate the retinoprotective effects of the peptide adrenomedullin (ADM) and its receptor activity-modifying protein RAMP2.

“CRVO is the second most common retinal vascular disease next to diabetic retinopathy. In recent years, intravitreal administration of anti-vascular endothelial growth factor (VEGF) agents has been used to treat CRVO by suppressing retinal vascular permeability. However, recurrence of macular swelling and decreasing drug effectiveness are limitations of this approach. Therefore, identification of other therapeutic agents that enhance vascular integrity is desirable. In this study, we proved that the ADM-RAMP2 system is one of the novel therapeutic targets for treatment of CRVO,” explained Takayuki Shindo, MD, Ph.D., of the Department of Cardiovascular Research at Shinshu University Graduate School of Medicine, Matsumoto, Japan.

The CRVO model was generated by combining intraperitoneal injection of Rose Bengal, a photo-activator dye that enhances thrombus formation, with laser photocoagulation. The most prominent changes noted were retinal hemorrhage and venous dilatation with tortuosity. Measurements of retinal thickness revealed prominent edema early after CRVO was induced, followed by gradual atrophy.

There are several possible ways ADM works in CRVO. ADM was originally identified as a vasodilating peptide expected to improve blood flow in CRVO. ADM also exerts anti-coagulating effects, which may suppress the hypercoagulability in CRVO. The researchers showed that ADM suppresses inflammation and oxidative stress associated with CRVO, both of which promote endothelial injury. ADM also suppresses vascular hyperpermeability, which is the cause of retinal edema, and increases vascular reperfusion. Thus, endogenous ADM likely exerts protective effects against the retinal damage caused by CRVO.

Based on these findings, investigators propose that the retinoprotective effects of the ADM-RAMP2 system make it a novel therapeutic target for treatment of CRVO.

“As the biological functions of ADM are likely different from VEGF antibodies, co-administration of ADM and VEGF antibodies may be a choice in some diseases. It may also be used as secondary therapy when patients become resistant to VEGF antibodies,” commented Dr. Shindo.