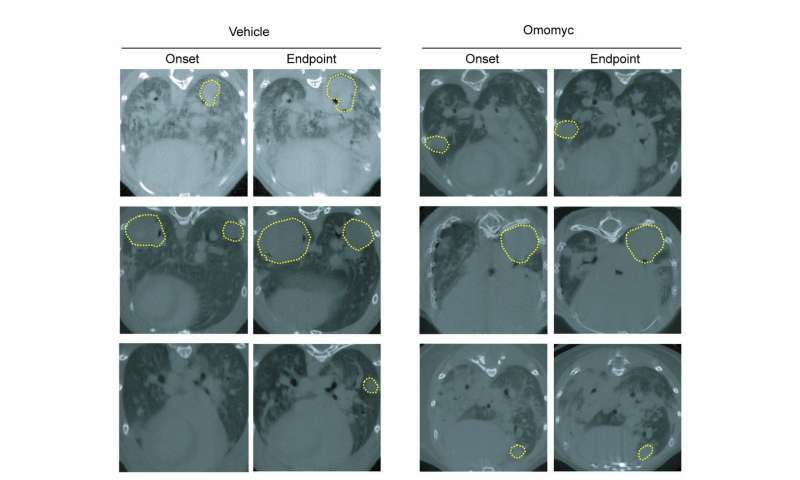 Cutting-edge sequencing technology has revolutionized cancer diagnosis and since identified several so-called cancer driver genomic aberrations. This has led to the development of an extensive and powerful arsenal of anti-cancer therapies that is progressively extending cancer survival rates and reducing mortality from this disease. Unfortunately, many patients become resistant to treatments and suffer disease recurrence.

The MYC oncogene is a transcription factor implicated in multiple biological processes, including cell proliferation, metabolism and apoptosis, and is a central node of several altered pathways in cancer. Found deregulated in most, if not all, tumor types, aberrantly high activity of MYC correlates with aggressiveness of disease. However, up until now, attempts aimed at inhibiting MYC have fallen short.

For more than 20 years, investigator Laura Soucek has centered her research on the ambitious route to combating resistance to current therapies and disease progression by clinically inhibiting MYC.

Since her arrival at VHIO, her research using Omomyc-expressing transgenic mice has revealed the anti-cancer activity against several tumor types, including pancreatic cancer and glioblastoma, with mild, manageable and reversible side effects.

These preclinical successes subsequently led to the creation of VHIO born spin-off Peptomyc S.L. in 2014, co-founded by Laura and Marie-Eve Beaulieu, Chief-Scientific-Officer and former postdoctoral researcher of her group.

Published online ahead of print today in Science Translational Medicine, the study describes the Omomyc mini-protein as the first efficient and tolerable MYC inhibitor for the treatment of non-small cell lung cancer (NSCLC), one of the most difficult-to-treat cancers for both women and men.

Thirty percent of these tumors present MYC amplification, while the rest usually display other alterations in intracellular pathways that ultimately lead to deregulated MYC activity. 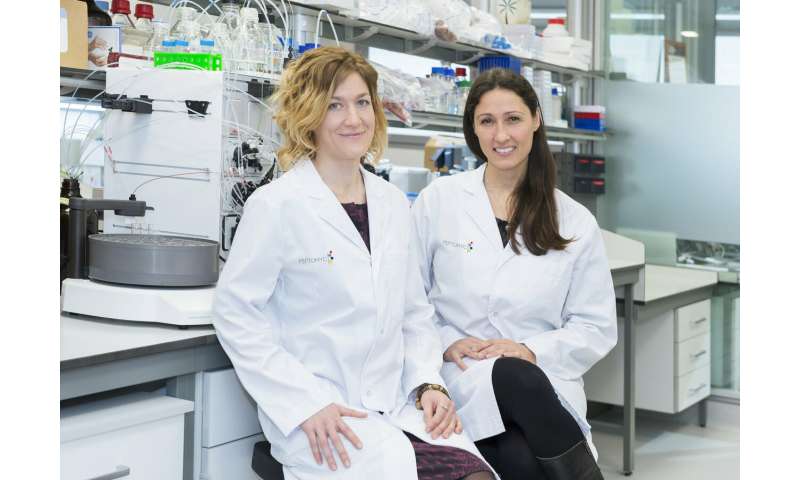 In the present study, Laura’s team shows that the mini-protein is active against diverse mutational profiles that are usually resistant to current therapies. Laura Soucek explains, “NSCLC accounted for around 2 million cancer-related deaths worldwide in 2018 because of a lack of effective therapies. For instance, patients with KRAS-mutant NSCLC are among the most resistant to standard therapies, but we have shown that Omomyc is effective in treating them, too. In fact, we have not yet detected any genomic alteration that impairs Omomyc activity.”

For the very first time, the authors have established that the Omomyc mini-protein can be purified and administered in vivo, rapidly reaching the tumor site. Results show that it successfully inhibits its target, leads to reduced tumor grade and promotes regression of existing disease. They also demonstrate that Omomyc localizes in the lungs within the first 30 minutes after intranasal administration, where it is predominantly restrained within the tumors and persists inside the nuclei of tumor cells 24h post-administration.

These findings ring in this promising therapy as new anti-cancer weaponry for the treatment of non-small cell lung cancer, and the first-ever viable inhibitor of Myc.

“Intranasal administration was the first proof-of-concept that Omomyc could be delivered as a drug as opposed to being used as gene therapy. However, this means of administration was limited to primary lung tumors but not to the metastases or other primary ones, that is why it was important for us to show that the mini-protein could also be administered systemically,” observes Marie-Eve Beaulieu.

Thanks to Marie-Eve’s particular expertise in peptide design and production, the team has succeeded in scaling up the purification process of the mini-protein and re-assessed its therapeutic activity via intravenous administration. Its systemic delivery unleashes the anti-cancer potential of Omomyc and extends its application to the treatment of other tumors and metastases.

Not only did this therapy impair tumor growth in subcutaneous NSCLC xenografts in mice, but also synergized with current standard treatments including paclitaxel. It was also well-tolerated with no sign of the frequently observed side effects due to drug-drug interactions.

Mechanistically, the researchers report that the Omomyc mini-protein harbors cell-penetrating features that enable its internalization into the nuclei and impedes the binding of MYC to gene promoters throughout the genome. It specifically downregulates MYC transcriptional programs and avoids undesired activity on other proteins and adverse events in mice.

“Our approach differs completely from previous attempts aimed at MYC inhibition. This Omomyc mini-protein is large enough to accurately fold and adapt to MYC’s disordered structure, which determines the specificity of inhibition. But, at the same time, it is small enough to penetrate tumor cells and nuclei in order to reach its target,” adds Marie-Eve.

Additionally, the researchers have revealed some of the several biologic uptake pathways that are implicated in this process. “We have discovered that one of the main entrance mechanisms of Omomyc is macropinocytosis, which is a cell mechanism to capture nutrients from the microenvironment. It appears that Omomyc hijacks this process and behaves as a Trojan Horse to penetrate the tumor cell and kill it,” says Laura.

Finally, as has been advanced in this publication, the authors suggest that Omomyc may attack tumors not only through the blocking of proliferation and the induction of apoptosis, but also by triggering an immune response. The inhibitor can alter the profile of molecules released by cancer to trick the immune system, and may increase the infiltration of T lymphocytes into the tumor.

This is particularly relevant as immunotherapy is showing increasing promise in the treatment of several tumor types, but not all. The capacity of Omomyc to recruit immune cells at the tumor site, ‘spoilered’ in this study, indicates that it could also synergize and resensitize resistant tumors to immune-based therapies.