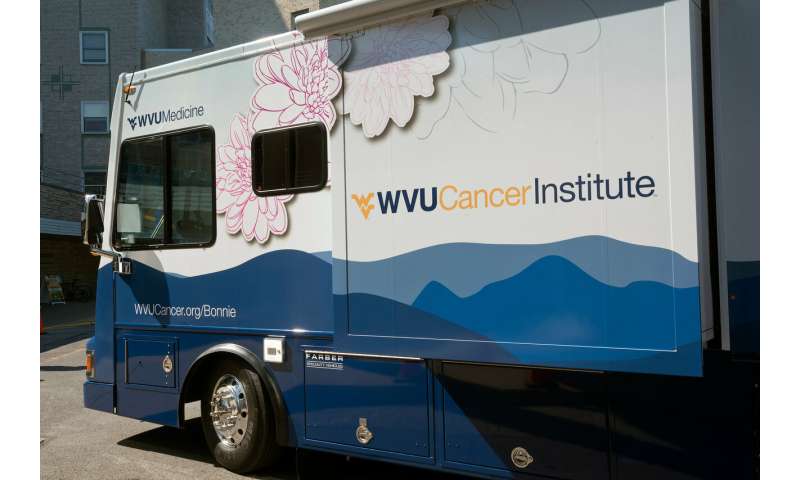 Researchers at the West Virginia University Cancer Institute are evaluating a first-of-its-kind blood test for detecting colorectal cancer. Their findings may help propel the test toward inclusion in the U.S. Preventive Services Task Force’s recommendations for colorectal cancer screening.

The blood test, which the Food and Drug Administration recently approved, looks for an abnormal gene called SEPT9 associated with colorectal cancer. During the study, 300 women across West Virginia will volunteer to have their blood drawn and tested for the gene. If the test detects SEPT9, a healthcare provider will recommend that the patient undergo colonoscopy—a more invasive procedure that can both diagnose and treat colorectal cancers. In that procedure, a gastroenterologist inserts a tube into the colon and can remove precancerous growths or early cancers and take a sample of more advanced cases, explained WVU researcher Richard Goldberg.

“Most of the time, the test will be negative, and those people will be off the hook. They can be reassured that, right now, everything’s good,” said Goldberg, who directs the Cancer Institute. He and Stephenie Kennedy-Rea, director of Cancer Prevention and Control at WVU, are leading the study.

“We’re trying to find the people who have abnormal results,” he said. “The research protocol will cover their colonoscopy if they don’t have insurance.” By comparing the blood test results to the colonoscopy results, the researchers will assess the blood test’s accuracy and sensitivity.

A range of screening options already exists for colorectal cancer, but this study will help researchers understand the cost-effectiveness and ease of access that a blood test would offer. Alternative procedures sometimes make people so squeamish that they opt not to get screened.

“People delay or do not screen for a number of reasons, including fear, access to care, lack of insurance that covers the test, travel, time and lack of awareness for the need of colorectal cancer screening,” said Kennedy-Rea, who is also the associate director of the WVU Cancer Institute. “We need to shine the light on the need for colorectal cancer screening and the fact that there are a number of evidence-based screening options available to patients.”

Living far from a healthcare provider trained and equipped for colorectal cancer screening can be a formidable barrier to care in rural locations. “If there’s not a gastroenterologist in your 10-county area in southern West Virginia and you’ve chosen colonoscopy as your preferred method of screening, you’re unlikely to get it done. If you don’t even have access to a primary care doctor and your main care is through an emergency room, you’re not going to have a stool-based test done,” Goldberg said.

“This study is testing the acceptability of the screening test in our population and the feasibility of offering this alternative colorectal cancer screening on a mobile mammography unit,” Kennedy-Rea said.

Yet early detection of colorectal cancer can mean the difference between life and death. Patients diagnosed with stage 1 colorectal cancer have a 95 percent chance of being cured. That percentage plunges to 10 percent if the cancer has progressed to stage 4.