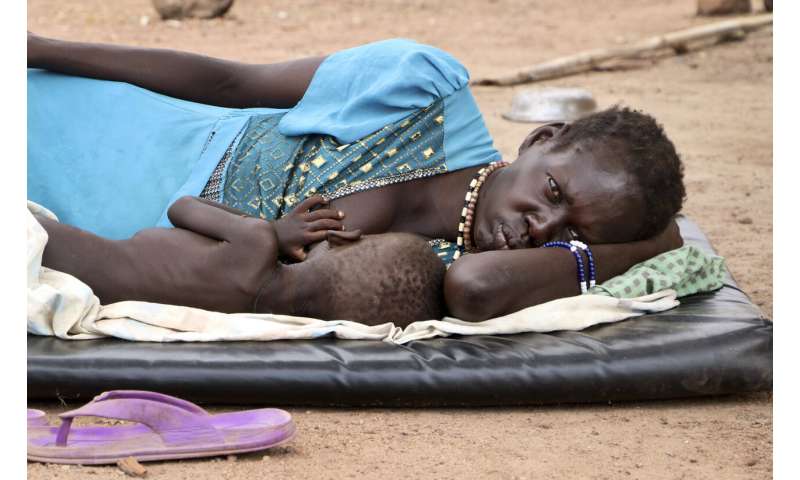 Despondent, Akon Mathiong points to two small mounds of dirt where she buried her grandsons, 4 and 5 years old, last month. They died after contracting measles in one of the worst-hit areas of South Sudan’s latest outbreak.

“Every time I see the graves I feel like crying,” Mathiong said.

The family said the boys had been vaccinated against the highly infectious disease. Similar infections are prompting questions about whether some vaccines have been compromised in a country largely devastated by conflict.

As South Sudan emerges from a five-year civil war, more than 750 measles cases, including seven deaths, have been reported since January. That’s almost six times the number of cases for all of 2018, according to World Health Organization data.

The increase in measles cases is part of a global one, in part because of misinformation that makes some parents balk at receiving a vaccine. WHO noted a 300% increase in reported measles cases worldwide in the first three months of this year compared with the same period last year.

Many in developing countries don’t dispute the vaccine but instead are held back by lack of access. Measles, spread by coughing, sneezing, close contact or infected surfaces, has no specific treatment. Malnourished children and those with weak immune systems can develop severe complications that can lead to death—and malnourishment can reduce how well the vaccine protects them. 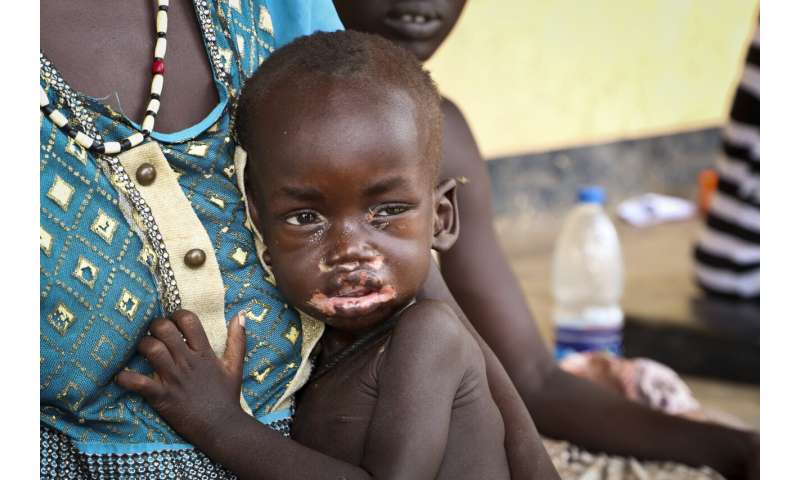 Though an emergency vaccination campaign is underway in South Sudan’s 12 affected counties the outbreak is spreading, leading some health officials and residents to doubt the vaccine’s viability in some cases.

“Those kids were vaccinated but they died. It makes me wonder if the vaccine is working,” the boys’ uncle, John Garang Ajak, told The Associated Press during a visit to Kuajok town earlier this month. At least two other vaccinated children in his family contracted measles, he said.

While the AP could not independently verify that the children had been vaccinated, medical workers at Kuajok hospital are seeing some vaccinated children contract measles, said Dr. Garang Nyuol. He has seen more than 10 such cases since January. 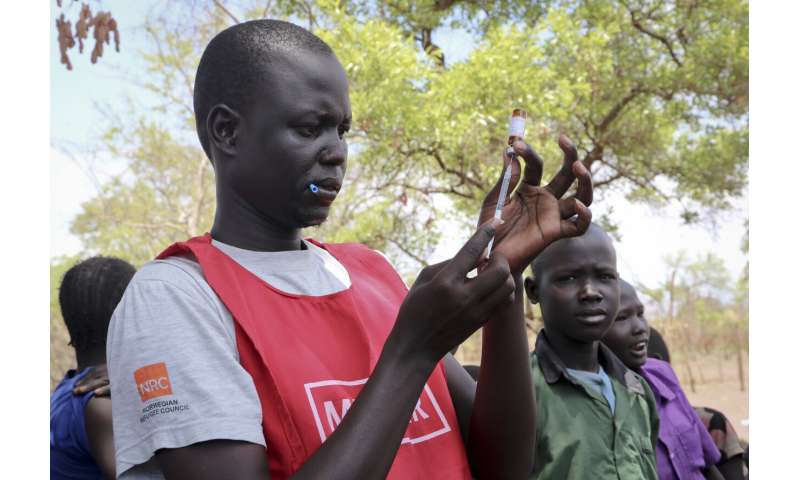 “I’m worried about the effectiveness of the vaccine,” Chok Deng, the director general for the state’s ministry of health, told the AP. He said he reached out to the United Nations children’s agency and WHO for help and was told it was being “followed up.”

UNICEF, which provides the majority of vaccines in South Sudan as well as freezers and generators, said the system is designed to be self-sufficient for 16 hours in case of a power failure. The organization conducts regular maintenance and has not “received any messages about generators in Kuajok not running properly,” said Penelope Campbell, chief of health for UNICEF in South Sudan.

Dr. Ujjiga Thomas, WHO’s Kuajok hub coordinator, said that “at no time has the cold chain been compromised when it comes to fuel or spare parts” at the hospital.

During power outages, medical workers at the hospital move the vaccines to small mobile refrigerators, but experts say a constant shift in temperature reduces the vaccines’ strength. 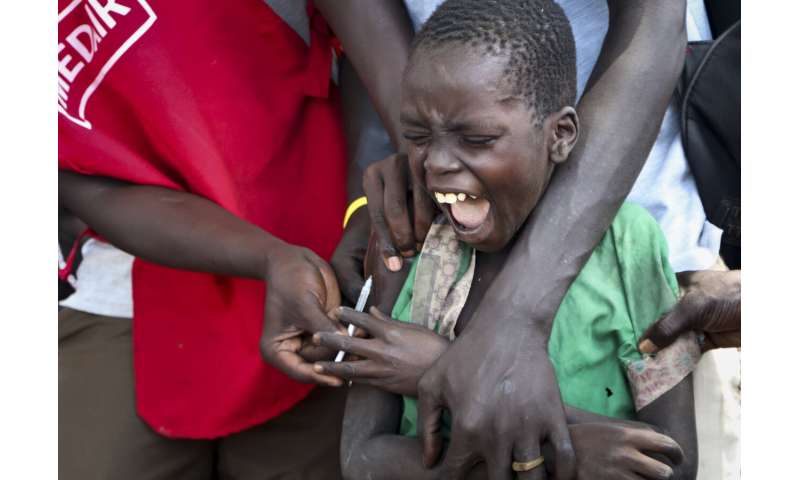 “If we do not respect the storage temperatures, that can compromise the vaccine’s effectiveness,” said Dr. Alhassane Toure, a vaccination expert with WHO.

Maintaining the cold chain is a challenge across South Sudan, especially in remote areas. An internal document in April from the country’s health cluster, comprised of various aid groups, seen by the AP cited a shortage of “qualified cold chain technicians” to address maintenance issues.

A visit to the Kuajok hospital showed the challenges in containing South Sudan’s measles outbreak. Just one nurse is available for 50 patients. The isolation tent is so hot that patients lie on the ground throughout the compound instead, at risk of infecting others.

“It’s concerning, outbreaks are popping up all over the place,” said Natalie Page, health adviser for Medair South Sudan, which recently vaccinated more than 190,000 children in Gogrial state. 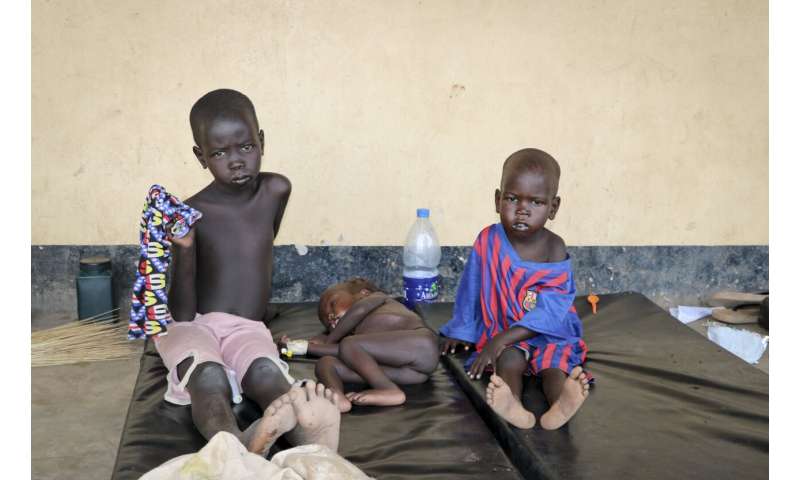 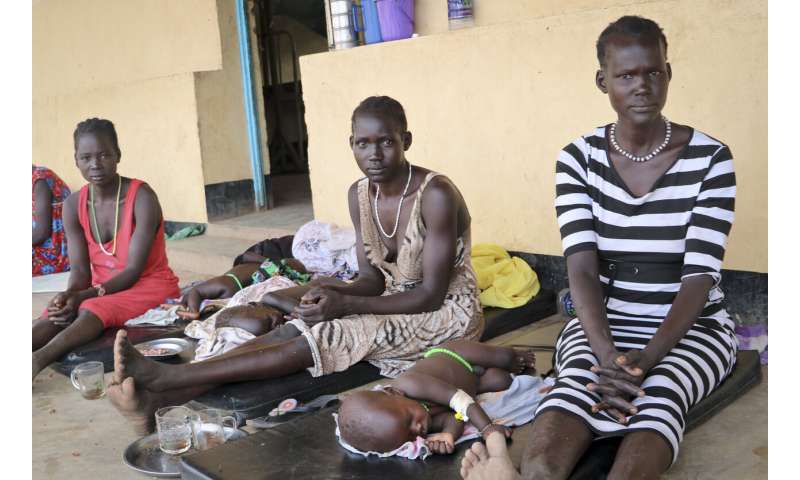 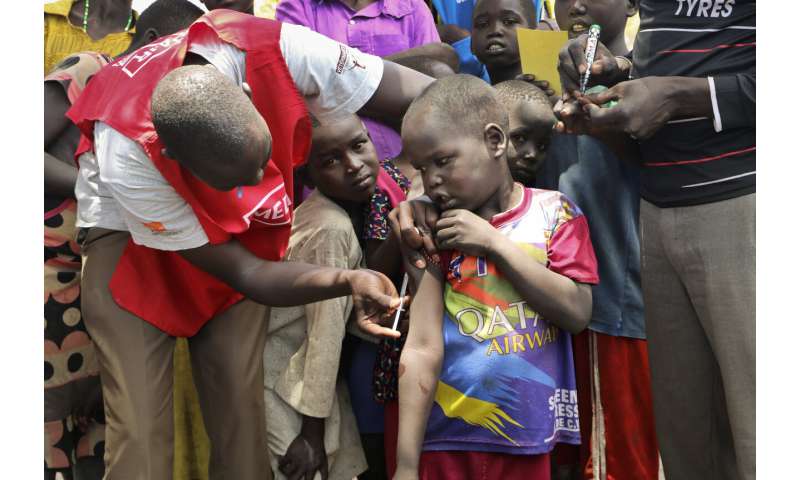 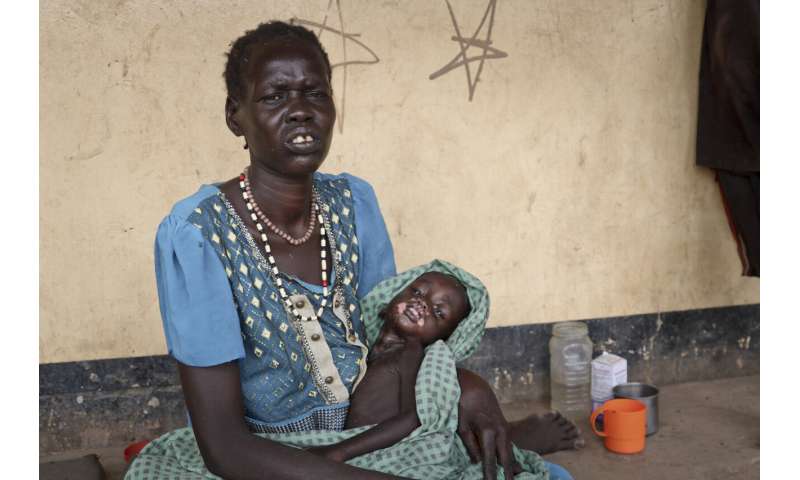 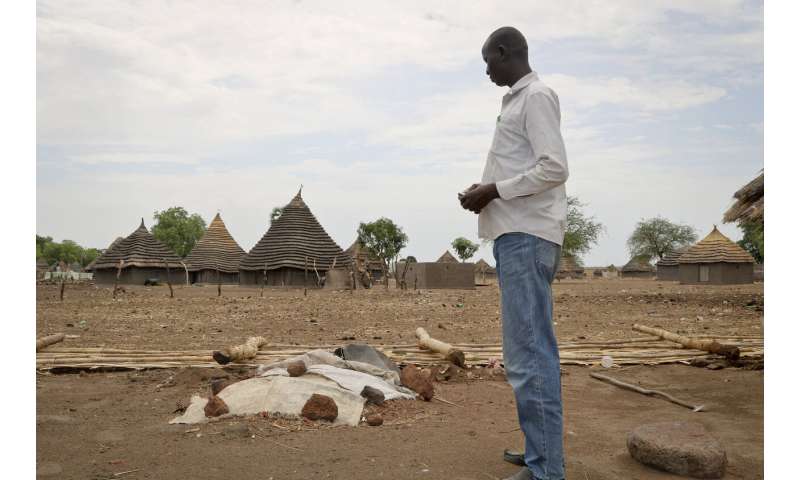 Low vaccination rates allow measles to spread quickly, she said. Just 59% of children under 5 in South Sudan have received the measles vaccine, according to the health ministry. Overall immunization rates need to be 90% to 95% or higher to prevent outbreaks. In order for the vaccine to have maximum efficacy, children need to receive two doses.

With the rainy season starting in May, there is concern that reaching remote communities will become more difficult. Meanwhile three to 10 new cases arrive at Kuajok’s hospital daily.

Cradling her weakened 1-year-old, Amel Makir unsuccessfully tried to get him to nurse from her breast. Their village is a three-hour walk from the hospital and has not been reached with vaccinations. Now the boy has measles.