What is Variegate Porphyria?

Variegate porphyria (VP) is an autosomal dominant condition that results from the deficiency of protoporphyrinogen oxidase (PPOX, EC 1.3). The build-up of porphyrin precursors delta-aminolevulinic acid (ALA), and porphobilinogen (PBG) is observed in patients with VP. Photosensitivity and acute neurovisceral episodes are some common symptoms. Adult-onset cutaneous blistering lesions of sun-exposed skin, notably the hands and face, are the most prevalent manifestation of VP.

The porphyrias are a set of disorders caused by enzyme defects in the heme biosynthesis pathway, which can be acquired or genetically determined. Each kind of porphyria is caused by a deficiency in a pathway enzyme, which can be hereditary or acquired.

When a deficiency is physiologically substantial, it causes an overproduction of pathway precursors that enter the circulation and are eliminated in urine or bile before the defective step. Acute hepatic porphyrias and photocutaneous porphyrias are two types of porphyrias.

The symptoms of acute porphyrias are induced by damage to the neurological system and are produced by hepatic overproduction of the porphyrin precursors delta-aminolevulinic acid and porphobilinogen.

Protoporphyrinogen oxidase (PPOX, EC 1.3.3.4), the seventh enzyme in the heme pathway, is deficient in VS. As a result, protoporphyrinogen, the substrate of PPOX, accumulates in the liver. When the PPOX gene is not operating properly, variegate porphyria develops.

Pathogenic variations are DNA alterations that cause genes to function improperly, or not at all, in some cases. Not everyone with a PPOX variation will develop variegate porphyria symptoms. VP has a low penetrance autosomal dominant inheritance pattern. De novo pathogenic mutations are uncommon

VP is both a cutaneous and acute porphyria. Adult-onset cutaneous blistering lesions (subepidermal vesicles, bullae, and erosions) of sun-exposed skin, notably the hands and face, are the most prevalent VP symptom. Milia, scarring, thickness and areas of decreased and enhanced skin pigmentation are some of the other chronic skin abnormalities. Hyperpigmentation and hypertrichosis of the face are possible side effects.

Cutaneous manifestations may improve during the winters and be less common in northern areas and those with dark skin. Acute neurovisceral symptoms can appear at any age after puberty, but they are more common in the elderly. Acute signs are highly diverse, however, if someone has recurrent attacks, they may be similar from episode to episode. In a single episode, not all manifestations are present.

Acute symptoms can develop into chronic ones and women experience symptoms more frequently than men. Abdominal pain, constipation, and pain in the back, chest, and extremities are the most prevalent symptoms. Anxiety, convulsions, and motor neuropathy causes muscular weakness and can lead to quadriparesis and respiratory paralysis. There are additional signs of psychiatric disorders and autonomic neuropathy. Acute assaults can be dangerous and even fatal.

The penultimate enzyme in the heme biosynthesis pathway, protoporphyrinogen oxidase (PPOX) (EC 1.3.3.4), catalyzes the oxidation of protoporphyrinogen IX (protogen) to protoporphyrin IX (porphyrin) in the presence of cofactor FAD and molecular oxygen. The dominantly inherited condition variegate porphyria is caused by abnormalities in the PPOX gene, which result in a 50% decrease in PPOX activity.

Variegate Porphyria has been found throughout the world, and according to some reports, it affects more women than males. In the general population of the European population, the incidence is estimated to be 1 in 100,000. Due to a founder effect, the illness affects people of Dutch heritage the most frequently in South Africa.

In South Africa, the prevalence of variegate porphyria among Caucasians is estimated to be 1 to 3 per 1,000 people. Although most cases of variegate porphyria manifest at puberty or later, very few cases have been reported in which symptoms manifested during childhood or infancy. The majority of these people are homozygous, meaning they have inherited a PPOX mutation from both parents.

A person with increased urine porphobilinogen (PBG) or porphyrins with a fluorescence peak at 626 nm on plasma fluorescence scanning is diagnosed with VP biochemically. Fecal porphyrins are similarly increased, with coproporphyrin III and protoporphyrin predominating. Molecular genetic testing identifies a heterozygous pathogenic mutation in PPOX, which is used to provide a molecular diagnosis of VP.

Identifying and removing aggravating variables is the first step in treating either acute neurovisceral episodes or cutaneous symptoms. The majority of acute neurovisceral episodes necessitate hospitalization. Pain management and the treatment of other severe symptoms such as nausea and vomiting, electrolyte imbalances, and convulsions are frequently the reasons for hospitalization.

Pain frequently necessitates the use of narcotic analgesics. Nausea and vomiting can be treated with ondansetron or a comparable medicine, while nausea, agitation, and hallucinations can be treated with phenothiazines. Although moderate episodes can sometimes be managed with glucose loading in an outpatient environment, the majority of attacks require intravenous hemin and in-patient supervision for extra supportive therapy.

Wearing protective clothing and minimizing exposure to sunlight are the best ways to treat cutaneous symptoms. When exacerbating causes are removed, symptoms may improve. No recognized medication is successful in lowering porphyrin levels and alleviating cutaneous symptoms. Analgesics and antibiotics may be required for painful lesions and superimposed infection, respectively. Affected individuals and their families may benefit from genetic counseling. 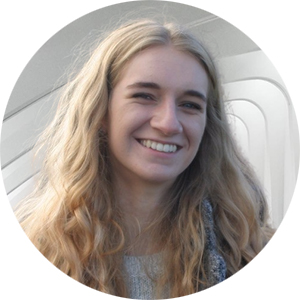 Sophia is a scientific conservationist and freelance editor based in the UK, currently studying for an M.Sc. in Marine Vertebrate Ecology and Conservation at the University of Exeter. She has a joint honors BSc in Biology and Psychology from Durham University.