How can schools help kids with single moms and dads blend in? We asked some parents

"My daughter's class-teachers in middle school knew about it all. Initially, when we just got separated, I used to tell her that she does not have to lie about her parents to anyone. Now, both her father and I take turns to attend PTAs." 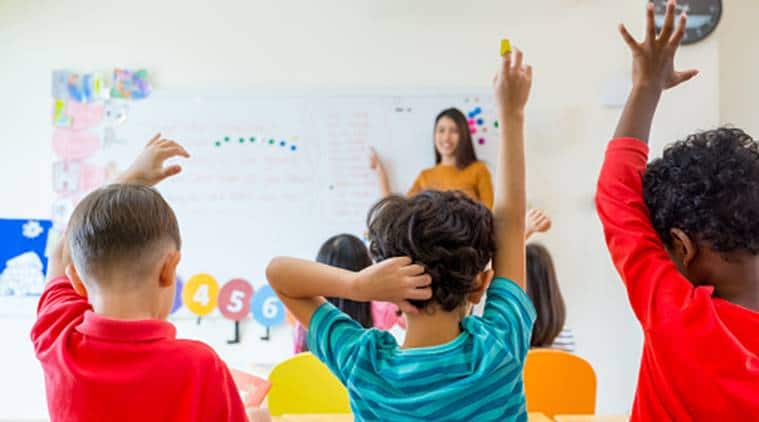 A lot goes into choosing the right school for a child. With the little one spending a major part of the day within the premises, parents naturally need to ensure their child is also safe and happy there, apart from other academic concerns before choosing an institution. Sending a child to a school involves a relationship of trust and hope between parents and the school staff, who are equally responsible for the child’s well-being.

But that may not be so easily achieved each time, like in the case of a single mother in Mumbai whose son was denied admission in a school. In a video that went viral a while ago, the principal is seen saying that the school “cannot handle children of single parents”.

Single parenthood may not be a rarity today, but the prejudice remains. Of the world’s total number of children, at least 14 per cent are living in single-parent households, as per a 2016 report, majority of them being single mothers. Parental death, maternal mortality and accidents have been the primary causes in the distant past but now also include divorce, separation and abandonment, unplanned pregnancy or intended pregnancy and adoption by a single woman or man. Society at large, however, is yet to be inclusive enough.

With a lot of children in our country growing up with both the parents in the house — the more accepted family structure — those living in single-parent households may sometimes find it difficult to fit into certain environments. So, when a school organises a Mother’s Day or a Father’s Day programme or any other event that involves both the parents, a child with a single parent might feel left out, giving rise to a number of unanswered questions unless he or she is explained the family situation in an age-appropriate way. Or the environment at home may be toxic, affecting his or her performance in school. Not to mention how the classmates might also gradually learn of the child’s family and view him or her differently, impacting the child’s emotional and mental health.

That’s where the school can step in, along with the parents, to help the student, for which inclusivity, compassion and open-mindedness are the prerequisites. To acknowledge a difference  and discriminating because of it are not the same. “Not just the educational system, Indian society does not know how to deal with different family structures. Differences or any kind of non-conformity make people uncomfortable and I speak this from experience,” single and adoptive mother Srobona Das told Express Parenting.

How the school can help

To begin with, the teachers and other staff members in school have to be sensitised about handling delicate matters such as this, in the absence of the parent. Identifying any sign of discomfort or stress in the student is crucial, thereafter finding ways to help him or her.

Secondly, there should be clear communication between the parent and the teacher. This clearly worked for Srobona and her daughter, who were counselled by one of the teachers at school to cope with the situation.

For Ritika Jain’s daughter, who comes from a blended family, both her parents and teachers helped her ease into the situation. “Her class-teachers in middle school knew about it all. Initially when we just got separated, I used to tell my daughter that she does not have to lie about her parents to any one. ‘If someone asks you, just say your parents live in different places,” I told her. I handled it normally and gradually my daughter learned it too. Now, both her father and I take turns to attend PTAs, and so, I don’t know if her teachers in senior school are aware. Also, every year, you don’t want to bring up the topic to the class teacher.”

She added, “Usually, teachers are helpful if they are aware of the situation. In case, the situation back home is too stressful for the child, you should definitely let the teacher know, who then can help. At the end of the day, it is all okay if your child is just treated normally.” And perhaps, that’s all you expect as a parent. To ensure your child is not singled out or labelled for something beyond his or her control.

As a society, we are guilty of labelling any individual who pushes the limits of what is normative. So, we judge a single unmarried man or woman when they choose to have a child or is separated from the partner or when a person has mental health issues or some disability, to name a few. This form labelling, however, can impact a child’s young mind much more. “To specifically say that children like these can be difficult betrays a huge sense of prejudice. That’s because children can have problems in other kinds of set up,” added Srobona. And that’s exactly what teachers have to abstain from and build the same culture within the school space. “Children are a lot more accepting than the adults. And it is also the responsibility of the education system or for that matter any person in a position of authority. These are young minds who need to be taught to be open,” said the mother.

Single father Mayank Kapoor also acknowledged the important role that the school plays in ensuring the child’s healthy growth and development. Mayank too made sure his son’s teachers were aware of their family status. Sharing his experience, he said, “My son is in kindergarten and I have been fortunate so far. Being a smaller school, the staff there is of course limited and I know them personally. I had shared the fact that I am a single parent with the principal when my son got admission. For me, that was good since the teachers then handled things like a Mother’s Day event nicely. So far, things have been fine although I am not sure how things might turn out to be as he grows older. Till now, my son, who is five, doesn’t really understand that I am single parent. Teachers need to make kids feel comfortable if situation occurs where another kid probably asks my son about his parents. And that has happened with my child but that happened in my presence and so, I could handle it. But such instances can occur in school often. So, the teacher plays an extremely important role, especially for children at an early age.”

Kamala Mukunda, teacher, said, “In my school, there are a lot of single parents and their children are perfectly fine. Most of them are moms, but there are a couple of dads also. And they are very hands-on and involved. There have been only a few cases where the parents’ relationship was bitter and it affected the child. But that can happen even in a marriage. On most occasions, we have worked with both the parents for the benefit of the child.”

While schools do what they ought to, single parents also need to be actively involved and keep up to date with things happening in the child’s day-to-day life while supporting him or her all throughout. There is no shame in being a single parent and so, any kind of discrimination should be addressed.