I'm a Much Better Mom Now That My Kids Are Older 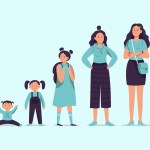 During my infertile years, all I ever wanted was to be drowning in babies. And suddenly, I was, only it wasn’t the glorious snuggle-fest I had envisioned. Sure, I knew it wouldn’t always be easy, but wow. As the babies — four boys — kept coming, like stair-steps, I did indeed feel like I was drowning. I loved my kids endlessly, but the responsibilities of being a SAHM to four needy little people were relentless, like I was being slammed with wave after wave as I struggled to find my footing in soft and shifting sand.

Now that my kids have moved well beyond the baby and toddler and preschool stages, and their problems are different and more complex, I wouldn’t go back to those days for anything (no matter how nostalgic they sometimes make me). Because as my children have grown and become increasingly independent, I’ve learned something important. Something I wish someone had told me back then, when I feared that my disillusionment meant something was fundamentally wrong with my ability to raise my kids.

I spent so long worrying that I was a bad mother — when in reality, I was just trying so hard to be a good mother that I put my kids’ needs before my own, and it backfired. In hindsight, this is easy to see, but when you’re in the thick of the drudgery you can’t help but question why you can’t just get your crap together. You think it’s you, but it’s not.

It’s that little kids are hard, man. And it’s a particular kind of hard that only some moms (not all, and certainly not me) are able to handle like champs.

I couldn’t pee alone; even if I closed the door for a moment, pudgy fingers and curious little voices found their way underneath. I once showered with my infant in a bouncy seat on the bathmat, so quickly that I barely had time to rinse the shampoo from my hair (forget frivolities like using conditioner and shaving), and in that time my two-year-old had dumped a potted plant out onto our couch and was “cleaning” it with a slotted spoon pilfered from the kitchen.

It seemed that just as I had one of them satisfied, another one needed something. Just as one would finally start sleeping through the night, another would start having nightmares or go through a weird phase of waking up bright-eyed at 2 a.m. Viruses swept through the house with ferocity, and we’d all fall like dominos; the first one to get sick would infect his brothers, too, and inevitably — after days of cleaning up vomit and washing bedding and changing diarrhea diapers — I would fall prey to the same, just as the kids were getting over it and back to being their energetic (and mischievous) selves. And you can’t parent toddlers from the bed. 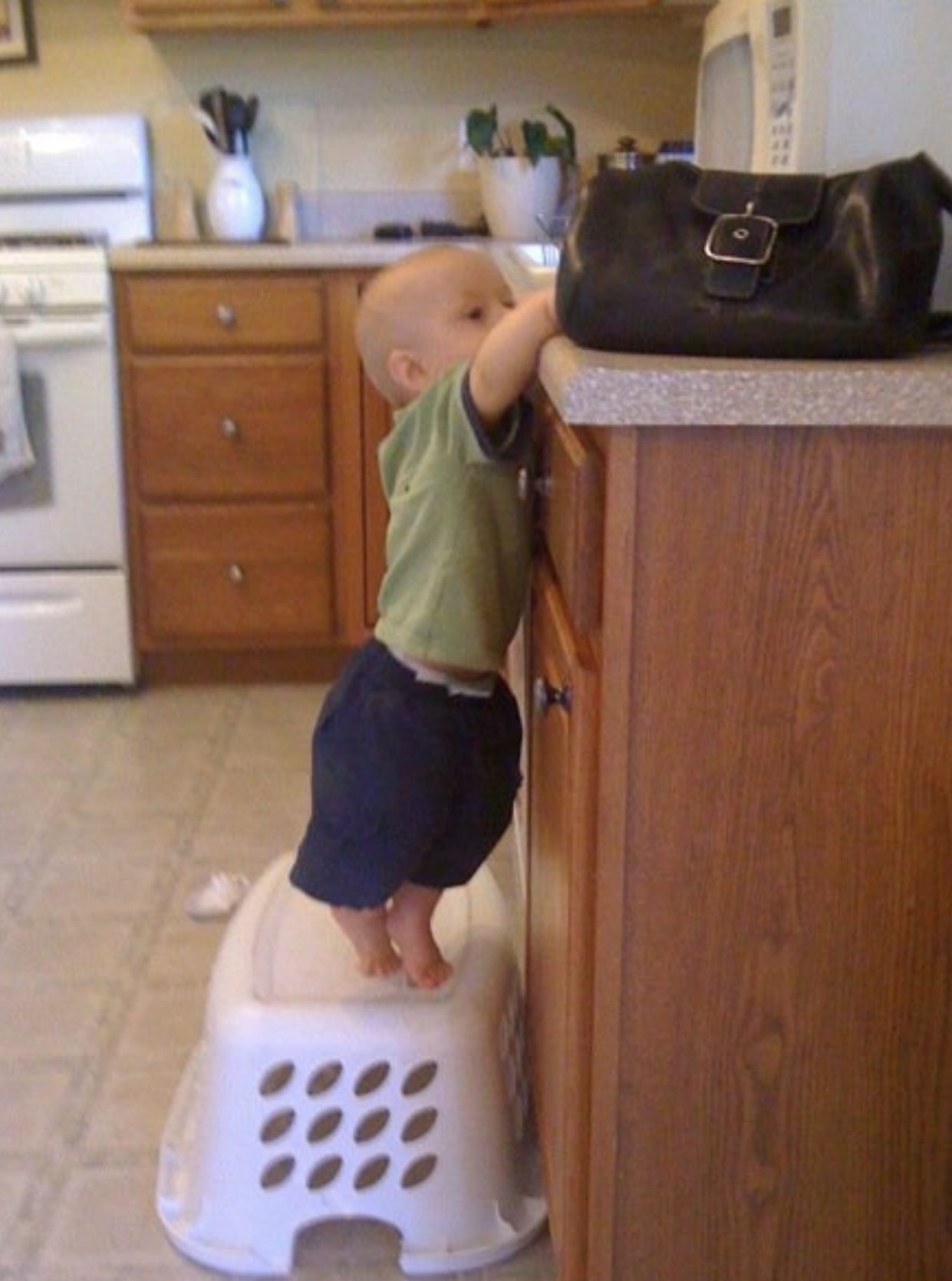 With no family nearby and a husband who worked 60+ hours a week, I was swallowed by a constant feeling of overwhelm. My dinners were always cold because I’d spend the first few minutes cutting up everybody else’s food or making sure a demanding toddler had just the right color cup. The hems of my shirts were perpetually smeared with snot, the shoulders with spit-up. My personal hygiene took a backseat to everyone else’s; how could I wash my own hair or clip my own nails with any regularity when I had four other heads to wash and 80 other finger-and-toenails to keep up with? How could I keep my house clean when, as I hurried to tidy up one room, they were dumping out an entire bucket of LEGO pieces in another? 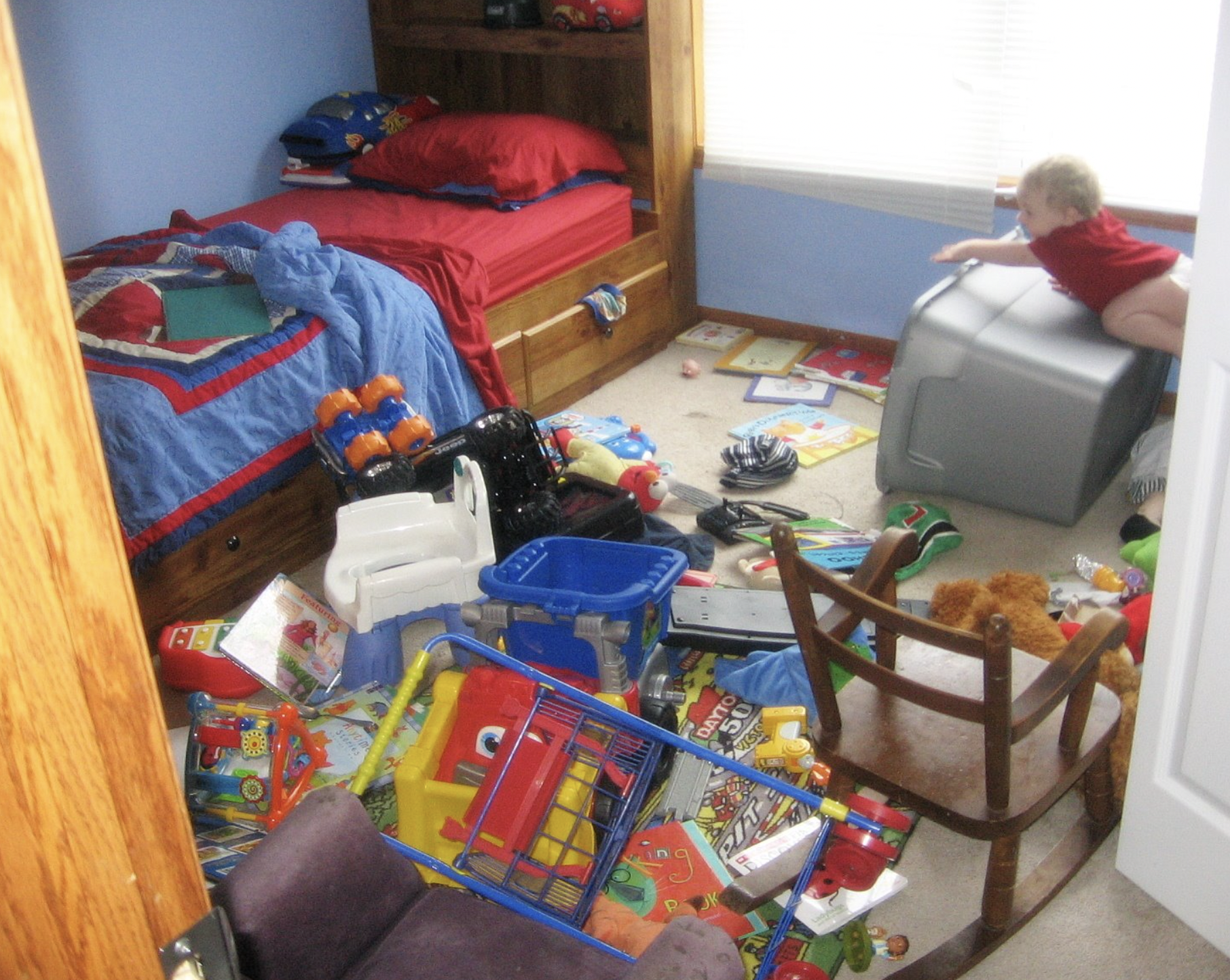 It wasn’t their fault that they were little and needed help and supervision with everything. They were just babies and toddlers and preschoolers being babies and toddlers and preschoolers. But I so often went through the motions of caring for them on autopilot, depleted of the energy to be as engaged as I wish I could’ve been. My reserves were always tapped out, and I lost my patience with their littleness more often than I’d like to admit. 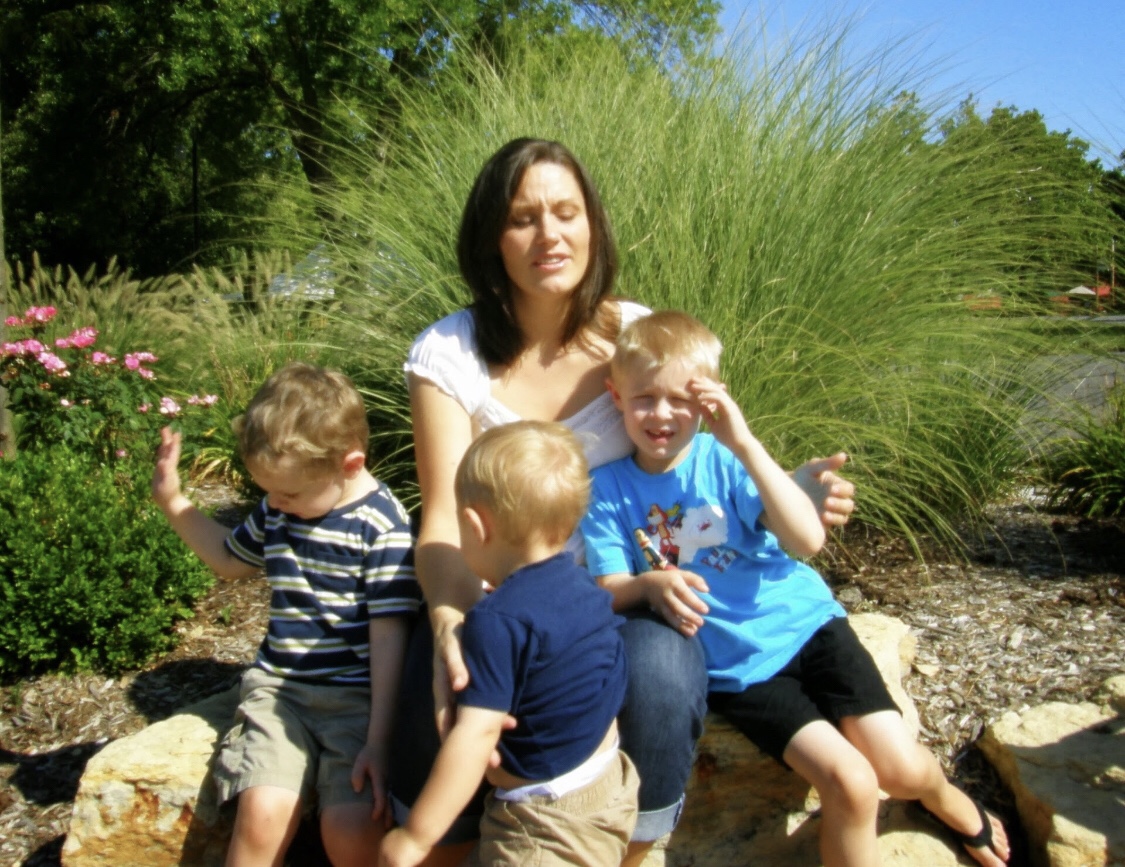 I lost touch with the person I used to be before I was someone’s mom, because “Mommy” was my entire identity. The old me had been wholly consumed by the demands of mothering. I wasn’t the same woman, I wasn’t the same wife, I just … wasn’t the same. And though I tried my best to convince myself that this is what I wanted, that I was happy with it all, I struggled — constantly. 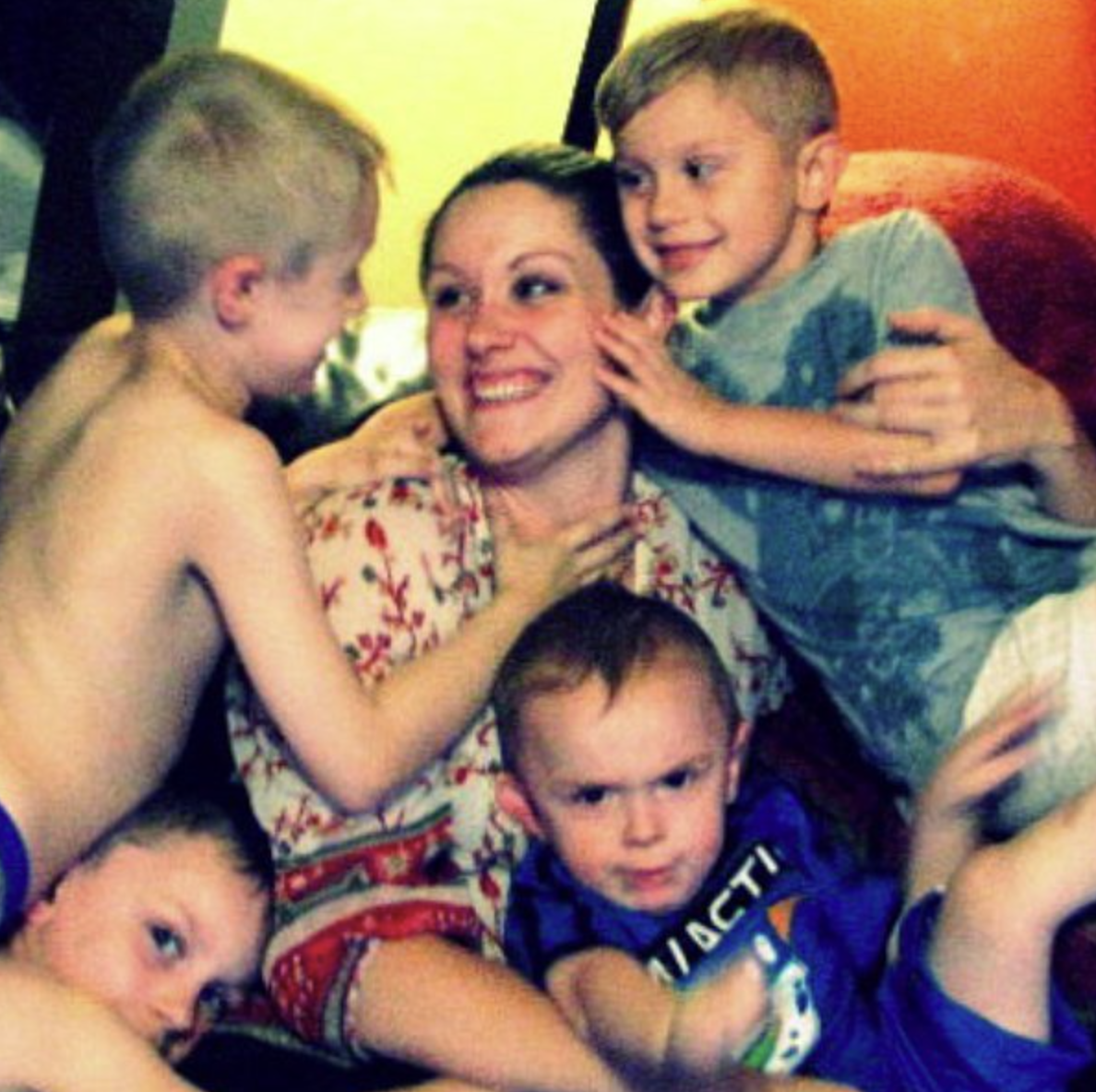 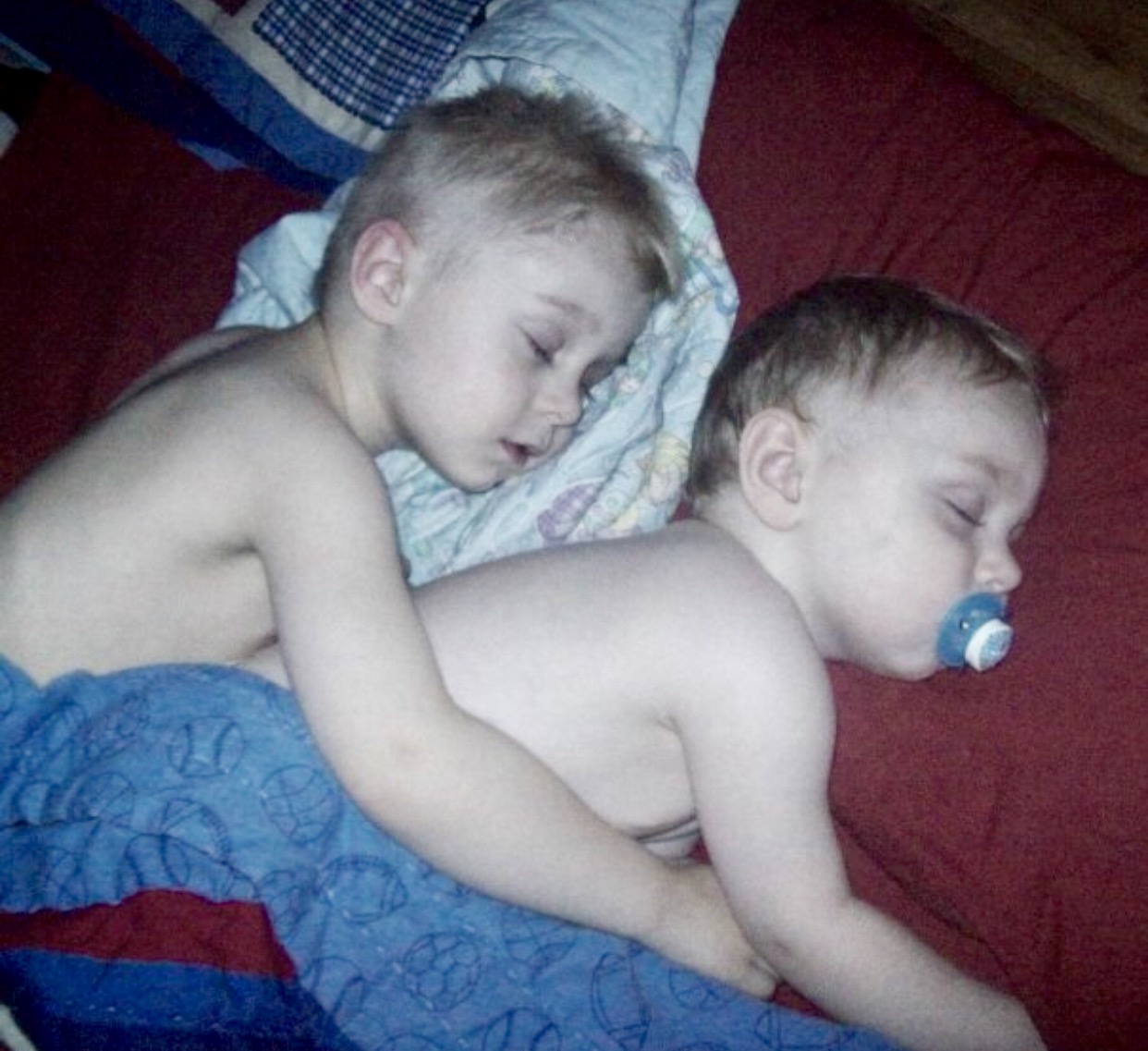 But all in all, I know that I don’t need any more babies, no matter what my aging reproductive system insists. Because I’ve finally found my “groove” in motherhood, and it isn’t with mothering infants.

Just like some people can cook and some can’t, or some people have blue eyes and some have brown … some people are a whiz with babies and small children, and enjoy them immensely. And some people aren’t, and don’t. I am not the type of person who was able to relish every moment with my kids when they were young. I couldn’t enjoy them the way another type of mother — one who’s naturally drawn to that age demographic — may have been able to. I wasn’t a “natural” when it came to little kids, and I thought for years that somehow it meant I wasn’t a natural at motherhood, period. It was a guilt I carried unnecessarily, a weight on my heart and soul for at least the first decade of parenthood.

Imagine my relief when, as my kids got older and their needs got … well, less needy, I actually started to relax and have fun being a parent. Could it be that it wasn’t my fault after all, that I’m just a better parent when — gasp — I’m able to meet some of my own needs for a change? No one ever suggested that I simply may not be the type of mom who handles the little-kid stages with ease, and that I wasn’t terrible after all. It was a revelation, but it would have done me a world of good to know it sooner.

Now my kids are 16, 14, 12, and almost 10. No longer am I in charge of every domestic task; I can ask them for help (chores are good for kids anyway, amiright?!) and they’ll oblige, even if it’s grudgingly. We can watch movies and shows we’re all interested in, not just what will keep them entertained. We can have deep, nuanced discussions about all kinds of topics, and laugh at TikTok videos together. They can administer their own medicine (and make it to the toilet!) when they’re sick. If I’m feeling under the weather, or just don’t want to cook, they’re perfectly capable of feeding themselves — and, even better, cleaning up afterward. I can kick back poolside while they swim and never look up from my book, and I’m a cool mom for taking them to the pool. And I can finally enjoy a meal before it becomes unappealingly lukewarm. 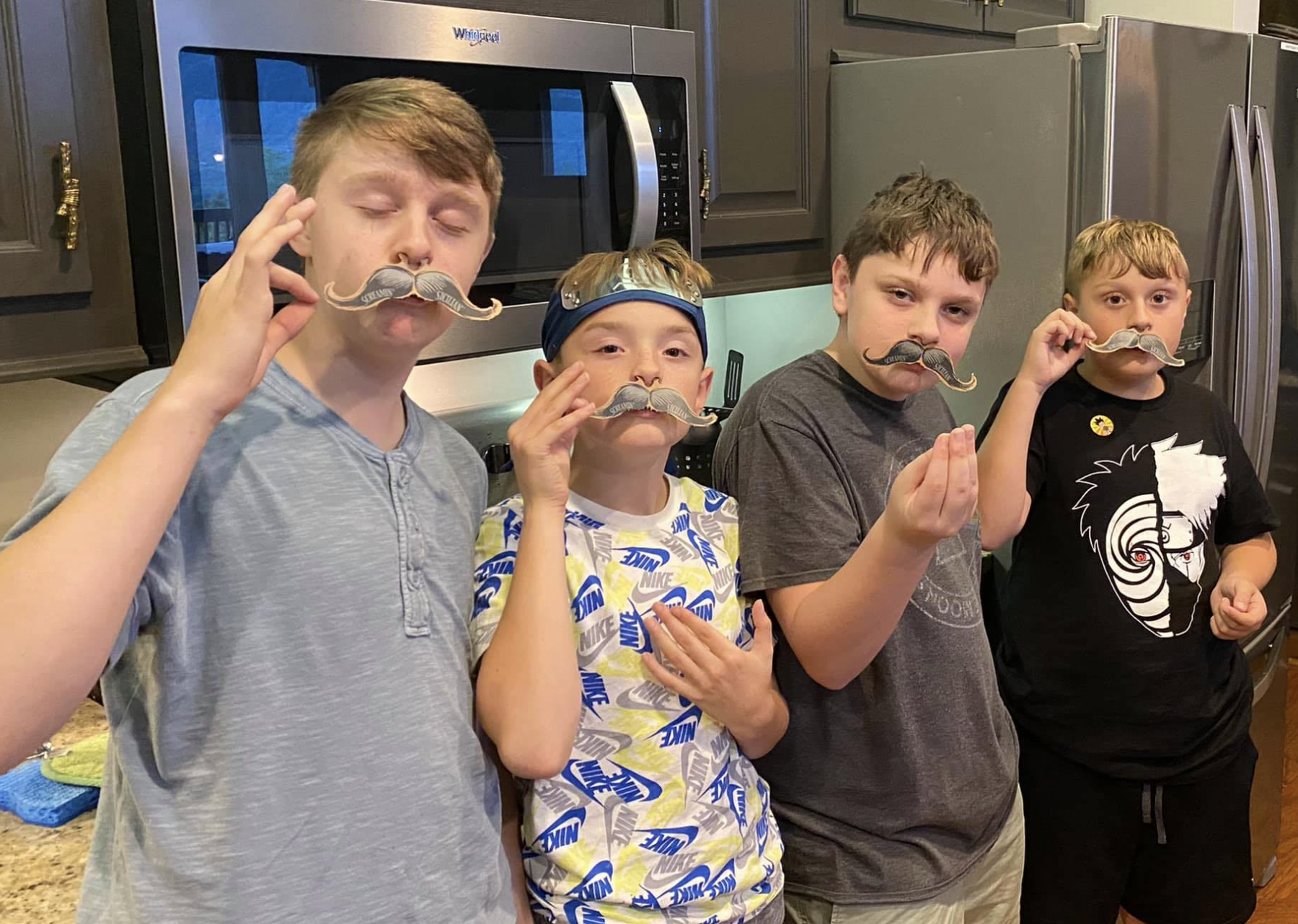 But the best part is, I genuinely enjoy them now. I love watching their interests develop and their life skills sharpen as they grow into young men. I cheer the loudest at sporting events (much to their chagrin), my heart racing as I watch my kids compete. They are witty, and sensitive, and fun to hang out with … and no longer am I constantly wondering if my lack of passion is due to a lack of mothering instincts. Because I can finally say with my whole heart that not only do I love my children, but I also love the act of being their mom. And for someone who wondered if that would ever happen or if I was “broken” … that’s huge.

Is all this to say that parenting tweens and teens is always a breeze? Um, no. There are still an abundance of sucky moments, because parenting in general is no cakewalk. But I’m better at handling the big-kid stuff than I was at the little-kid stuff, it seems.

Maybe the vital difference is that when they test my patience these days, I can duck out and go for a solo drive or wander aimlessly in the aisles of Target for a bit. And I don’t have to worry about a colossal disaster (or, you know, child protective services) waiting for me when I get home.