Another day, another baby announcement on Today! Jenna Bush Hager revealed that she and her husband, Henry Hager, are expecting their third child.

“I’m pregnant!” the journalist, 37, told her Today show coanchors on Monday, April 22. “I’m only telling because Mila and Poppy found out yesterday in their Easter baskets. They told the man behind me on the airplane, they told people at church.” 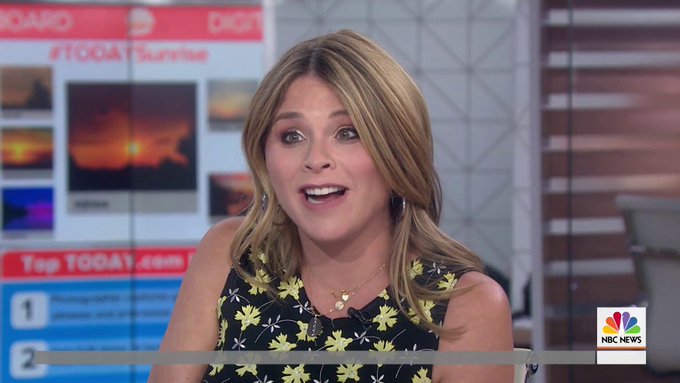 This use may include analytics, personalization, and ads.

.@jennabushhager has some *big news* to share… she’s pregnant!

She added: “I’m very pregnant. I don’t know how I hid this.”

So how is the family feeling about adding a fifth member? “We’re thrilled,” Jenna said on the show. “It is a shock. It’s a lot, but we’re grateful. [The girls] are so happy to where they’re telling strangers.”

Less than a week before the Texas native’s announcement, her cohost Hoda Kotb called in to announce that she had adopted her second child, Hope.

“She is laying on the pillow right now,” the You Are My Happy author, 54, said on Tuesday, April 16. “I’m feeding her. I can’t believe it. Like, I’m sitting here and, you know, you think that maybe you have gotten what you deserve, but man, I’m so happy she is here.”

“Baby HOPE!!! Best day ever!!!” she captioned a selfie Opens a New Window. with the newborn, Haley, Kotb and cohost Savannah Guthrie.

When Jenna told Kotb about her own baby news, she was “worried” about her reaction since they started coanchoring Today‘s fourth hour together this month. “I told Hoda … ‘I’m so sorry,’” the Sisters First author admitted on Monday. “She had a glimmer in her eye. Lo and behold, we are doing it at the same time.”