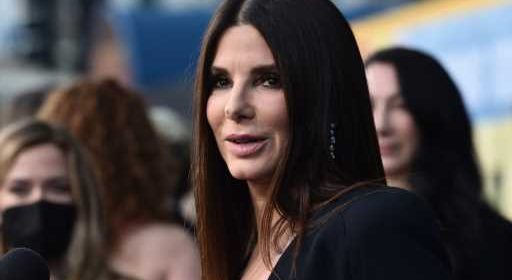 “I’m not retiring, just going to not spend time in front of the camera for a while,” Bullock told People during the Los Angeles premiere of her film The Lost City. “I have beautiful babies. I’d rather look at them.” She added, “I’d rather look at them every day and have them be mad at me and annoyed and make memories with them for right now.”

Bullock made similar statements last week in an interview with Entertainment Tonight, stating in part, “I just want to be 24/7 with my babies and my family.”

The actress has two children, son Louis, 11, and daughter Laila, 8, whom she is raising as a single mom, after adopting them in 2010 and 2015, respectively. When Bullock adopted Louis, she had been married to television personality Jesse James although their five-year marriage ended in 2010 after James’ extramarital affairs (“Yeah, I did cheat on my wife, yeah,” James told the Daily Mail in 2017. “I stood up and took accountability for it and apologized. And that’s end of story.”).

When the cheating scandal broke, Bullock was enjoying a personal and professional breakthrough — Louis’ adoption had just been approved and she had won an Academy Award for her role in the 2009 film Blind Side, in which she played a mother who took in a homeless teenager. In her acceptance speech, Bullock thanked “the moms that take care of the babies and the children no matter where they come from” while James beamed at her from the audience.

On Sunday, Bullock reflected on her fears that her divorce would affect her son’s wellbeing. “I mean, so much had happened. How do you process grief and not hurt your child in the process?” she told CBS This Morning on Sunday. “It’s a newborn, they take on everything that you’re feeling. So, my obligation was to him and not tainting the first year of his life with my grief.”

Bullock is pretty private about her relationship with her children, but she has shared some lighter moments, most recently in an interview with the New York Times. While discussing her friendship with Channing Tatum, her co-star in The Lost City, she admitted that they re-connected through their children (Tatum is father to 8-year-old Everly), who share the same school.

“We met through drama, in the principal’s office at preschool,” Bullock told the Times. “We were called in together because Everly and Laila were trying to alpha the other one out, and we prayed it was the other’s child that caused the damage.”

“I’ve blocked it all out,” joked Tatum.