The Texas native, 37, announced the news on Wednesday, March 18, with an Instagram video of their 22-month-old daughter, Isla, saying, “I’m gonna be a sister.”

Amy captioned the footage, “Isla has some news!”

She went on to post a video of her husband, 45, finding out by reading his daughter’s “Super Amazing Sister” tee.

When his wife pointed out, “She’s a sister either way,” the North Carolina native said, “Oh, she’s the girl! Really? Oh, my God. This is a joke!”

The couple, who wed in December 2016, welcomed Isla in May 2018. “She’s finally here! @DaleJr and I are officially parents to a beautiful baby girl, Isla Rose Earnhardt,” Amy tweeted at the time. “It feels like a dream. The best dream ever.”

As for Dale, the new dad wrote, “Everyone was right. It’s a new beginning. Now everything I do will be for her and Amy. So blessed.”

The little one is such “a very happy baby,” he gushed to Us Weekly exclusively in May 2019. “She’s excited when someone comes in there in the morning. She wakes up at 7, she starts making noises, starts talking and cooing and playing. She kind of peeks over the bassinet for someone to come in there.” 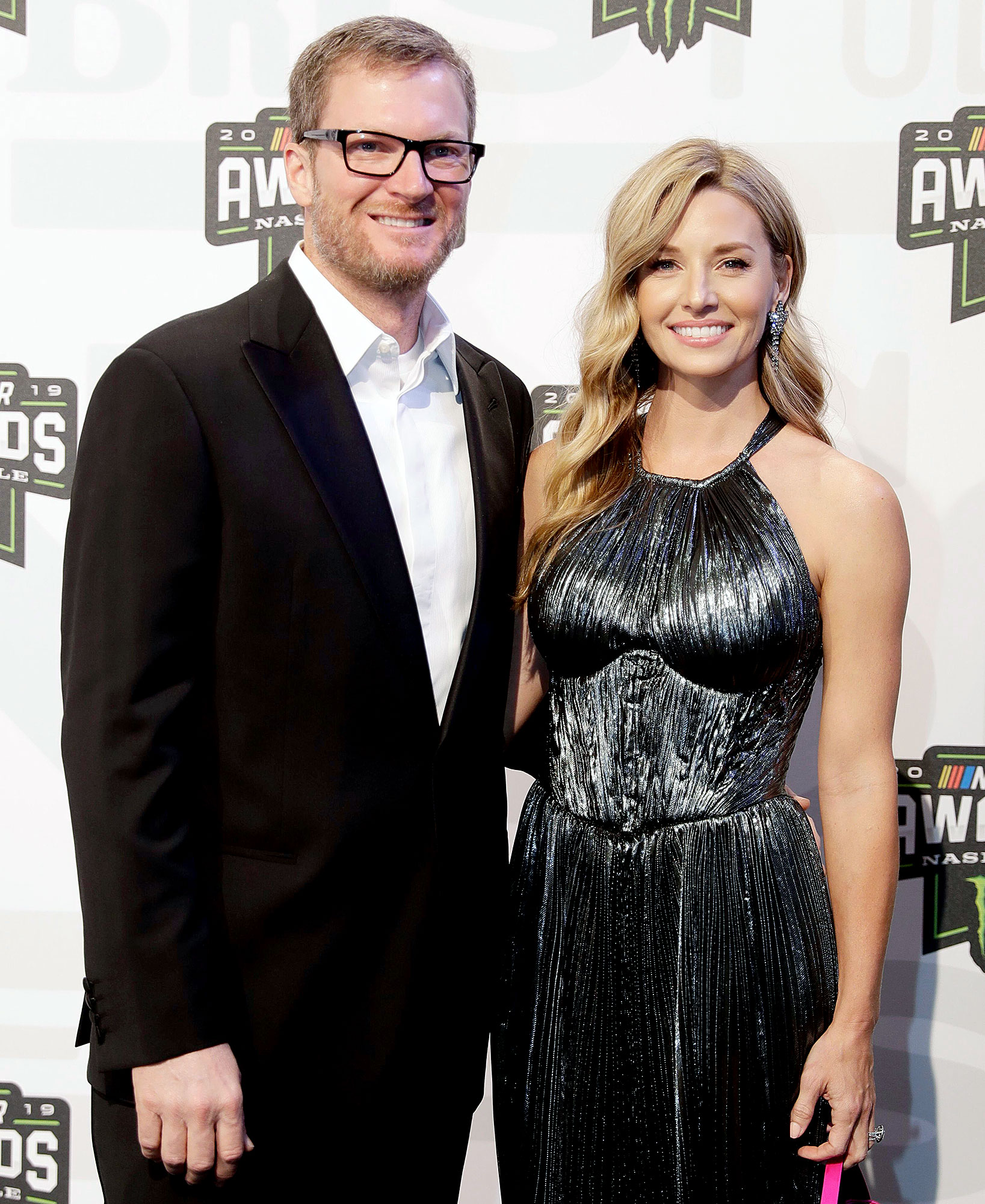 The Racing to the Finish author went on to say, “She knows right around 7:30, we’re going to walk in there. And the first person she sees, she just lights up and has this huge smile. It’s amazing. And so it just sets the tone for the rest of the day. No matter what happens in your day after that, you’re good.”

In August 2019, Dale and his wife and daughter all survived a fiery plane crash in Tennessee when they were traveling in a plane that slide off the runway at Elizabethton Municipal Airport, hit a fence and caught fire.