Why This Mom Chose to Be a Surrogate — 4 Times

Surrogacy is rising in popularity in the United States — and not just for celebrities like Kim Kardashian and Kanye West. Over the past two decades, thousands more are turning to gestational carriers, people who carry an implanted embryo to term, as they seek alternative measures to expand their families. Despite its prevalence, there are still a lot of stigmas and questions surrounding surrogacy. The answers aren’t always easy to find either, as surrogacy laws vary from state to state. But there’s one city hoping to change the narrative: Boise, Idaho, which is quickly becoming a hub for surrogates.

The city, nestled at the foot of the Rocky Mountains, is at the heart of Made in Boise, a documentary from director Beth Aala (Supermensch: The Legend of Shep Gordon) that follows four gestational carriers and their intended parents through the surrogacy process. The carriers — Nicole Williamson, Cindy Floyd, Chelsea Frei, and Sammie Diaz — have pregnancy experiences that are as varied as the reasons they chose to become surrogates in the first place.

Williamson, a mother of two who co-founded surrogacy agency A Host of Possibilities in Boise, says she “loves being pregnant” and is on her fourth gestational pregnancy in the film; Floyd, a Neonatal Intensive Care Unit Nurse and mother of five, felt inspired by the families she’s helped at the hospital; Frei, a mother of four, believed being a carrier could help her process her stillborn child; Diaz, a nail technician and single mother of one wanted to help others while making another income. The women overcome various hurdles during their pregnancies: bed rest, blood clots, fielding questions from apprehensive family and friends. But woven throughout the film is a message of hope.

“You hear so many negative things about surrogacy,” Williamson tells SheKnows. “You never see or hear the positive stuff.”

A number of horror stories have made national news in recent years: traditional surrogates who refuse to give the child to the intended parents; a gestational carrier who became pregnant with her own child while carrying for another couple and underwent an extensive legal battle to get him back; intended parents asking surrogates to abort one or more fetuses. These instances have inspired some surrogates to demand more comprehensive laws nationwide, taking their case to the Supreme Court.

While she acknowledges these terrible experiences do occur, Williamson says “there are a lot of misconceptions” about surrogacy.

“It’s very much a thought-out process,” she says. “It’s not something somebody goes into [blindly] and becomes a surrogate. There are a lot of steps to go through; it’s very intentional. I don’t think women are being exploited.”

Idaho doesn’t have any laws governing surrogacy, but everyone who goes through A Host of Possibilities has legal representation, and no one is a traditional surrogate (in which the carrier donates an egg), Williamson explains. Her company also takes thorough measures following the American Society for Reproductive Medicine’s surrogacy guidelines before onboarding new surrogates. Potential carriers go through comprehensive health and home screenings, undergo psychological evaluations and background checks, and meet with the intended parents before they’re given the green light. The entire process can take months.

And though surrogates do make between $28,000 to $38,000, Williamson says that the money isn’t the sole motivator for the majority of the carriers she knows.

“The money piece: It’s compensation for carrying, but it’s not going to make them this loving person,” she says. “There is a heart behind [each surrogacy], and there is a reason why we’re doing it, and it’s to help somebody out. It’s not just so that we get money. It’s very much that you have this opportunity to help somebody and you can, so you choose to do it.”

So far, Williamson estimates A Host of Possibilities has helped about 200 families and has worked with 180 carriers. While families from all over the United States choose surrogates in Idaho, 75% of people who use Williamson’s agency are from other countries where surrogacy is illegal. Williamson credits the boom to an increase in Assisted Reproductive Technology (ART), such as in-vitro fertilization, around the world (there were more than 284,000 ART cycles in the U.S. in 2017, according to the CDC).

But why are so many surrogates in Boise? “I think, one, there’s just a really healthy lifestyle here. A lot of surrogates are very healthy and very active,” Williamson explains, adding that the cost in Idaho is also lower than states like California.

Williamson also stresses that the carriers have a lot of control over their bodies throughout the process. They decide how they’d like to deliver (C-section, vaginal, scheduled induction) and if they’d like to breastfeed or supply milk for the intended families. 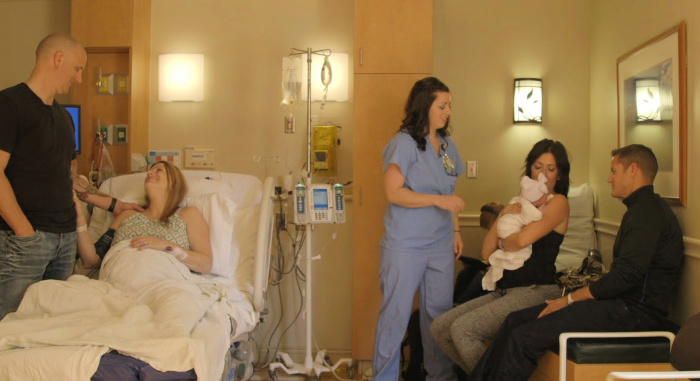 Of course, if you’re going to be a carrier, you need to be okay with all that pregnancy entails — shots, labs, swollen ankles, nausea, and all. This was never an issue for Williamson, who says she loves everything about being pregnant, “even the weight.” After she and her husband, Don, had their two children, Williamson said she knew she wanted to be pregnant again. “I think [being a gestational surrogate] gave me an opportunity to experience that and, of course, it gave me an opportunity to help people who couldn’t have a baby on their own, which was amazing,” she says.

While carrying a child for someone else can complicate things at home, Williamson says her children were supportive through all four of her surrogate pregnancies.

“Kids are so amazing,” Williamson says. “I think my daughter was two when we had our first surrogate baby, and my son was six or seven. Literally, we just told them ‘[this couple] can’t have a baby, so we’re going to carry for them. And then, when we have the baby, we’re going to give it back to them because it’s their baby.’ They’re like, ‘OK.’ Really, it’s that simple. Just be honest with your kids.”

Williamson says she’s officially done being a surrogate after this last round. Though she’ll miss being pregnant, she’s gained a valuable new perspective on life, as well as lifelong friendships with all of her intended parents. She keeps in touch with every family she’s helped build and views them as “extended family”; they exchange holiday cards and even go on family vacations. The relationships might seem unconventional, but Williamson hopes that sharing these stories will inspire more people to become gestational carriers in the near future.

Made in Boise will air on PBS Independent Lens on Monday, Oct. 28.