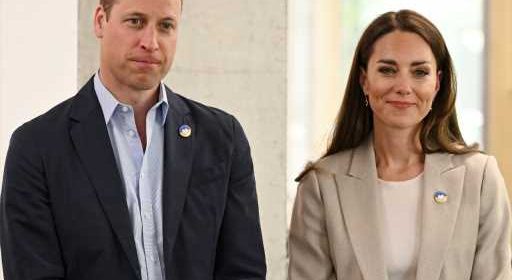 There’s a reported reason why William and Kate’s children didn’t meet their cousin Lilibet during the Platinum Jubilee this week. According to royal expert Christopher Andersen, there’s still some residual issues between the two families.

“William and Kate made no effort at all to introduce Prince George, Princess Charlotte and Prince Louis to [Lili],” Anderson told Us Weekly, adding that there’s “a lot of tension” between the Duke and Duchess and Prince Harry and Meghan Markle. “As far as I know, nobody believes they spoke [to one another].”

A post shared by Duke and Duchess of Cambridge (@dukeandduchessofcambridge)

Anderson also told US that Kate and William opted not to attend Lilibet’s first birthday party at Frogmore Cottage, instead heading to Wales. However, a source told Entertainment Tonight that the royal family didn’t purposefully miss the party. “It’s simply a coincidence they fell on the same day,” the insider said. “There was no intended slight.”

The get together sounds like it was a delightful affair and, according to The Sun, Lilibet received a pink Volkswagen Beetle ride-on toy.

“It was a lovely do and had everything you’d expect from a child’s birthday party,” a source told the outlet. “But there was no formal entertainment. The idea was for it to be very relaxed and casual, with people free to pop in and out as they wished. It was a nice opportunity for the other royal children to meet Lilibet for the first time. And as her 1st birthday is such a milestone, there was lots of discussion ahead of time about the presents that she would be given on the day.”

This trip marked Lilibet’s first to the UK. While it sounds like the two families need some more time to figure things out, we hope that the Jubilee was a joyous occasion for all.

See the meaning of our favorite royal baby names from around the world.